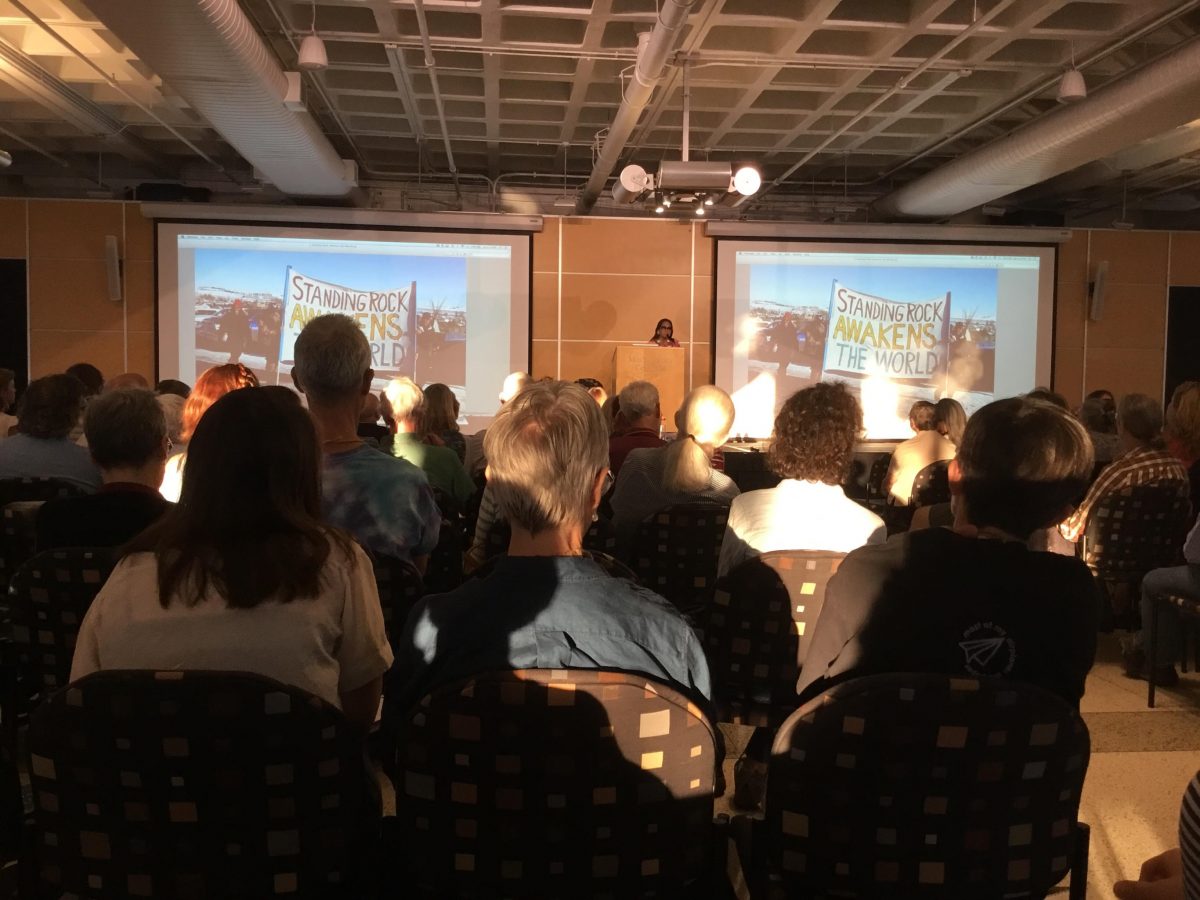 A successful transition to a more sustainable, just, and resilient future requires that everyone is involved in shaping it. Here in the US, this means confronting a legacy of genocide, slavery, marginalization, and oppression, as well as the many economic and social inequities that continue to haunt our country today.

While one of the eight principles of Transition states that “We promote inclusivity and social justice,” and efforts by Transitioners to grow local food, strengthen local economies, and reduce dependence on fossil fuels can all be understood as attempts to decentralize power and democratize wealth, there is still a need to reach out across historical divides, heal collective traumas, and cultivate a more authentically diverse Transition Movement. “There is sometimes an illusion that environmental movements can work apart from social and economic justice movements,” says Aleisa Myles, a founding member of the Transition US Social Justice Working Group. “The long history of domination, colonization, and exploitation that so deeply pervades our relations with each other and with the land too easily finds its way into our minds and hearts. Striving for social and environmental healing requires an ongoing effort to transform these patterns within ourselves, our communities, and our world.”

One way that this ongoing effort is already manifesting is in the bridges that are being built between the US Transition Movement and indigenous communities throughout the country. In 2017, Jul Bystrova, a co-founder of the Inner Resilience Network, helped to bring Standing Rock elders Phyllis Young and Pearl Means to Saint Paul, Minnesota to deliver a keynote address and lead a discussion about “Decolonizing Transition” at the first Transition US National Gathering. “I was inspired by the way Transition brings people together to celebrate the simple and ordinary things of life, and make heroes of everyday do-gooders,” recounts Bystrova, who participated in the protests at Standing Rock against the Dakota Access Pipeline in 2016. “I loved that the focus was not only on helping us wean ourselves off of our dependency on the fossil fuel economy, but towards a better way of living together.” Since attending the Indigenous Wisdom & Permaculture Skills Convergence earlier this year, Bystrova has been organizing a team of allies to support Permaculture projects that are already underway at the Pine Ridge Reservation in South Dakota. 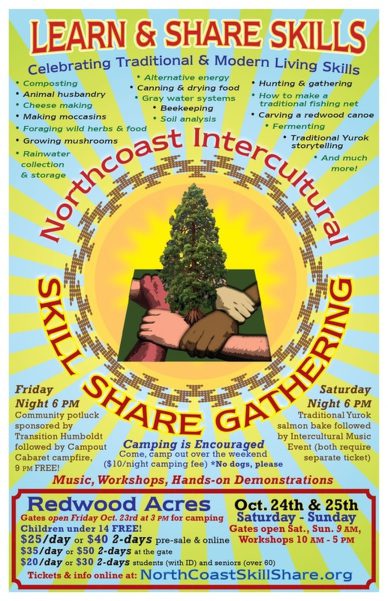 Members of Transition Humboldt in Northern California took a similar approach in 2015 when they invited members of local Native American communities to co-create the Northcoast Intercultural Skill Share Gathering. Organizer Larry Goldberg describes their approach as “We’ll teach you Permaculture if you’ll teach us traditional Native American skills.” During this two-day event, attendees learned how to carve a canoe from a tree, make nets from roots, grow mushrooms, start a fire with a hand-drill, weave baskets, and practice many other self-reliant, sustainable living skills.

“Communities and peoples who have been the most marginalized and who face the struggle to survive often hold the keenest wisdom regarding what needs to be changed and healed in our world,” explains Myles. “It is essential to honor, learn from, and take actions in alignment with their wisdom. I have a strong conviction that this is the way forward for our movement.” “Our world as we know it is at risk,” says Fred Brown, a long-time Transition Trainer who currently serves as CEO of The Forbes Funds. “We all have to pitch in to change this trajectory. I’m interested in building bridges between surviving and thriving communities, raising awareness of the challenges and opportunities inherent in the twenty-first century global economy.” 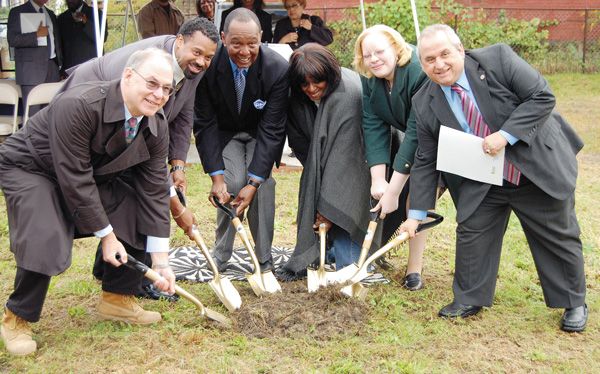 Observing that 70% of the world’s population will live in cities by the year 2050, Brown has developed the Urban Transition Cities Movement to bring community resilience-building skills and solutions to low-income neighborhoods in Pittsburgh, Pennsylvania. Through intentional relationship building and project-based learning, Brown has been successful in cultivating a multi-generational, multi-cultural, and multi-disciplinary movement for sustainability and economic justice in his hometown. Building on these efforts, Brown has encouraged Transition US to host its second National Gathering in Pittsburgh next summer. Following the main conference, approximately 75 social justice and Transition leaders from all over the country will come together for a two-day Movement Strategy Summit on “Bridging Social Justice and Community Resilience Movements.” They will engage in “courageous conversations,” explore successful models, and establish a “Social Justice Roadmap” for the US Transition Movement moving forward.

“Building bridges with different, and often unfamiliar, communities is critical for Transition,” emphasizes Goldberg. “We need to reach out to minority communities to establish credibility and create a foundation on which to build. We need to realize, however, that this doesn’t usually happen overnight. For local Transition groups, I’d suggest starting out with a shared meal to exchange ideas and find where common ground may already exist.” As Transitioners everywhere continue to develop strategies for responding to an accelerating climate crisis, it is essential that we do not simply recreate the harmful patterns of the past. Instead, we must learn to check our privilege, reach out beyond the usual suspects, and build more diverse coalitions, based on trust, mutual benefit, and common cause. In this way, our Transition Movement will become, more and more, a “just transition.”

About the Author: Steve McAllister is a writer, performer, film producer, and advocate for sustainability, resilience, and quality of life. Currently making audiences laugh and think through his one-person show Will Rogers Revived, based on the writings of American icon Will Rogers, Steve’s upcoming book is entitled Money, Sex, Power & Faith: The Convergence of Culture. Find out more at www.SteveMc.xyz.