The following story is the fifth installment in a new series from Transition US,  called “10 Stories of Transition in the US.” Throughout 2018, to celebrate the 10th anniversary of the Transition Movement in the United States, they have been exploring 10 diverse and resilient Transition projects from all over the country, in the hope that they will inspire us all to take similar actions in our local communities.  The project was in part inspired by the 21 Stories of Transition, and forms a wonderful addition to our story collections from across the Transition movement. 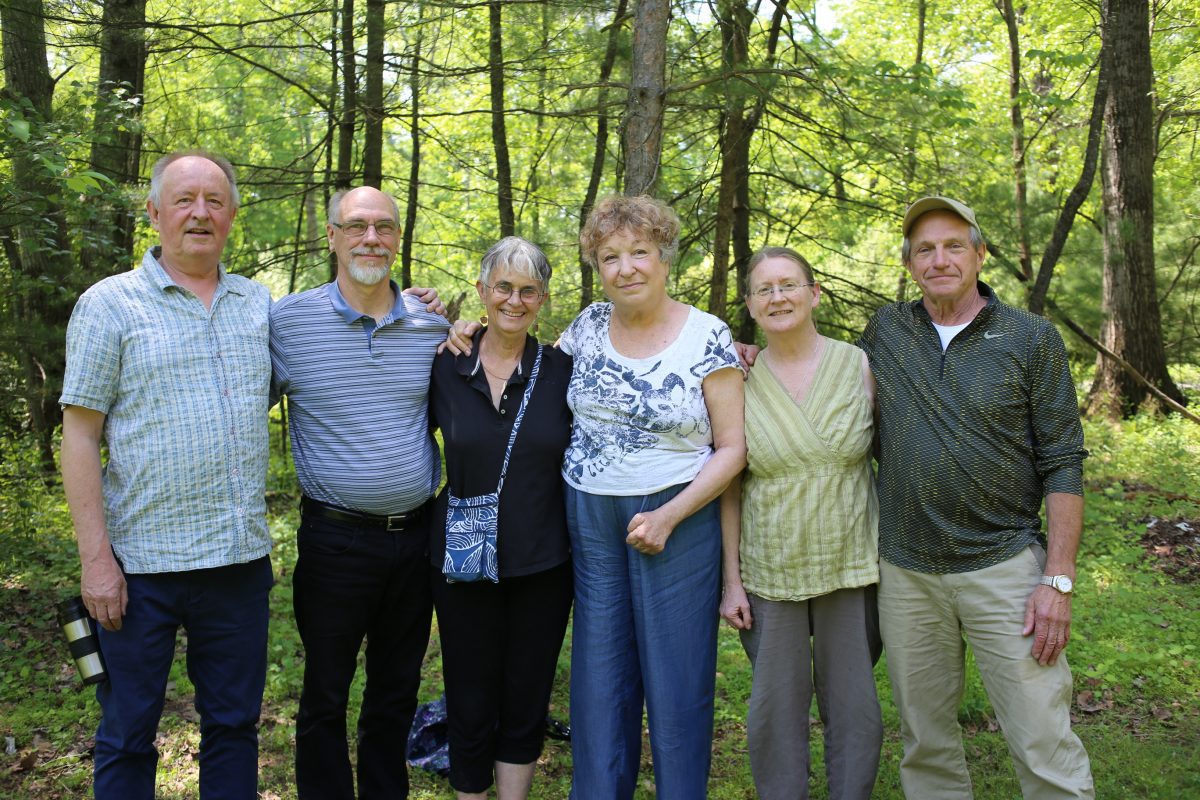 One of the biggest challenges faced by any Transition Initiative is that they are largely non-hierarchical, volunteer-based organizations. While the clashing of egos can often take a major toll on a group in this context, a shared belief in the mission and vision of the organization can keep the movement thriving even when conflicts arise and tempers flare. Woodstock NY Transition has found great value in confronting these conflicts head-on in order to ensure that their working groups continue to operate efficiently and effectively.

After seven Woodstock residents attended a two-day Training for Transition workshop in the Hudson Valley in 2011, they came back together to launch the Woodstock Transition Initiating Group, a body that was planned from the outset to dissolve once the movement started in earnest. They held public awareness meetings for a year, discussing topics like water, food, sustainability, winterization, waste management, tool exchanges, permaculture, seed swapping, and the new economy, publicizing them through their growing email list and ads in local papers and magazines. When Woodstock Transition held their “Great Unleashing in September of 2012 and became the 115th official Transition Town in the US, approximately fifty people signed up to join working groups.

In addition to embracing the original Seven Guiding Principles of Transition, a core group of Woodstock Transition members met every week through the winter and spring of 2013 to create their own set of 11 Working Principles, a governance structure, and a constitution. Working groups have since been established to encourage the use of compostable single-use tableware and disposable food containers through Woodstock Organic Waste, cultivate Garden Share and Repair Cafeprograms, promote Green Energy, forge Strategic Alliances, inspire Total Wellness and Human Ecology, and share their vision through Green Stories and Publicity and Community Outreach. While members are invited to self-select their level of involvement by becoming an observer, supporter, or core member of any working group, conflicts are bound to arise. 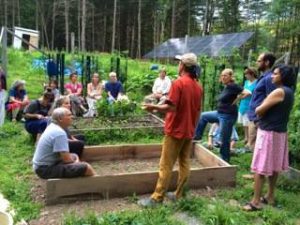 To address this problem, another working group was established in the summer of 2013 to study and develop specific strategies for conflict resolution, and has since become known as Working Group Support (WGS). Drawing from a three-day workshop in Effective Groups Training taught by Nick Osborne, a Transition Trainer from the UK, and Transition US’s Governance Toolkit, a set of 14 Group Support Guidelines were implemented to assist working group members in times of conflict.

“When I joined Woodstock Transition,” says WGS founding member Clayton Horsey, “I found myself working with people I had known for years in a social setting, but now we were in work-mode, and the two contexts were completely different. I got into unpleasant conflicts with friends that I never would have believed possible based on our previous social relations. I needed better skills and a structure to resolve conflict.”

The mission of WGS is to offer support to working groups to help them accomplish their mission and vision through effective group process. Over the years, the group has also become a living laboratory for studying, practicing, and implementing new communication skills, like deep listening and mirroring.

“Conflict that is not acknowledged aloud and confronted can do a group in,” says Polly Howells. A member of Woodstock Transition’s Initiating Group with a 38-year history in social work and psychotherapy, Howells has seen the damage that conflict can do. “Without resolving conflict,” she adds, “the inevitable happens: people drop out of the group and the organization altogether.”

Having met weekly for the last five years, WGS is now the go-to source for tools, techniques, and facilitation of effective group process. It not only provides assessments, conflict intervention, and specific recommendations to other working groups, it also helps cultivate the “inner transition” group members inevitably experience as their participation reshapes them into the people they most want to be.

Ultimately, as Howells observes, “Each of our individual, inner transitions is crucial if we are to move to a non-hierarchical, non-competitive world, one which is a true democracy.” 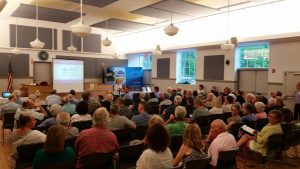 Understanding that working in small groups to achieve a goal or complete a task can sometimes be a frustrating experience, Horsey sees conflict as an opportunity for growth. When conflict is embraced and addressed, it allows Transition members to cultivate their own inner capacities to respond rather than react, often helping them come to terms with unresolved aspects of themselves. While their conflict resolution strategies are not always successful, Woodstock Transition member Liam Watts says that “a deep personal clearing can occur by staying focused on our own feelings with the help of an unattached, mindful perspective.”

Based on the teachings of the late Stephen Covey from his book, The Seven Habits of Highly Effective People, the first step of conflict resolution is to have each person in the conflict state their perspective and have the listener reflect back what they heard before speaking. This technique often helps individuals recognize that there are two (or more) valid points in any conflict, and that multiple points of view can help to create a new reality, deepening and expanding members’ trust in one another.

“While the Working Group Council, with representatives from the other groups, is the head of Woodstock Transition,” says Howells, “I see Working Group Support as our heart. I don’t believe our Transition community would still be in existence without it.”

Interestingly, one of the greatest challenges WGS has faced is dealing with conflict within the group itself. As Horsey explains, “as sometimes is the case, people who are most interested in learning about a particular subject have the most difficulty facing it. Addressing conflict when it arises can be scary and most people, most of the time, will choose to ignore it. However, it usually takes just one person to call out the conflict before the group will agree to address it.”

That one person can be essential as ignored conflicts have the capacity to cause irreparable harm. As the members of Woodstock Transition have learned, having an agreed-upon structure and process in place to manage conflict is crucial to the sustainability of any group. Tensions can already run high in grassroots initiatives attempting to respond to massive global challenges such as resource depletion, climate change, and economic instability, so having the tools to cooperate more effectively and understand each other more deeply is a critical element in the transformation of our culture.

3. Over 80 people attended this meeting held by Woodstock NY Transition’s Energy Group in 2015. As a result, 40 enrolled in their Solarize Woodstock program to bulk-purchase roof-mounted solar photovoltaic systems at a reduced price.