When I travel to meet Transition groups in different places, the two things they are most keen to hear about tend to be REconomy and Inner Transition.  While REconomy will be the subject of our next Theme, this week we are celebrating Inner Transition, and the launch of Sophy Banks’ series of new films on the subject.  Here is my contribution, a celebration of 6 ways in which Inner Transition has transformed my experience of trying to make change happen.

It wasn’t very long into the evolution of Transition in Totnes, in 2006, that Hilary Prentice and Sophy Banks came round to my house to discuss the seeds of what would eventually become known as ‘Inner Transition’, or the ‘Heart and Soul’ of Transition.  I remember little about the hour that we passed in my lounge, but I do remember that something felt instinctively right.  Their argument was that any successful Transition process needed to be as much about the inner life of the people and groups making it happen, with attention paid to group health, dynamics and resilience, as it needed to be about solar panels, carrots and Energy Descent Plans.  It made a lot of sense.  And it still makes a lot of sense today: which is why so many people want to hear more about it. 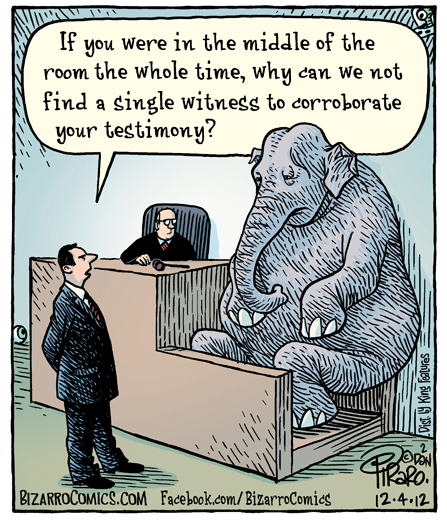 Now, 9 years later, the concept of Inner Transition runs through Transition like a golden thread (although admittedly more in some places than others).  Transition has always stood on the shoulders of many great movements that came before it, and has tried to learn, where possible, from their experience.  Burnout and conflict have long been the Achilles heel of bottom-up activism.

For example, among the road protestors I knew, burnout, often manifested as deep cynicism and resignation, was rife.  Project after project whether permaculture, community activism of many types, or all manner of other ambitious world-changing efforts, collapsed under the weight of conflict and poor communication, squashed, inevitably, by the collective weight of all the un-named elephants in the room.  Transition felt too important to not strive to learn from that. So here is my entirely non-objective selection of 6 ‘outputs’ of the Inner Transition work of Sophy, Hilary and others that I have benefited from, or which have transformed my experience of doing Transition:

One of the first manifestations of it that I became aware of was the Home Groups, the forerunner of Transition Streets, where small self–facilitating groups met to give each other support – which could be personal or practical. A Home Groups resource pack offered tips about good listening, as well as some energy saving suggestions. This approach was a major part of many other consciousness raising movements including the women’s, civil rights and peace movements.

Home groups gave members a space to ‘digest’ troubling information, to process it and its implications, with other people as well building strong connections and celebrating successes together.  Several groups formed at an evening event run by the group – others started  among people who had attended my ‘Skilling Up for Powerdown’ evening class , and were wondering what they could do next.  The Home Groups was an idea that would never have occurred to me.

It was one of the key contributors to the later success of Transition Streets, and deeply informed it when we set down to first sketch it out.  It’s also something Naomi Klein picked up on at her recent Guardian Live event: 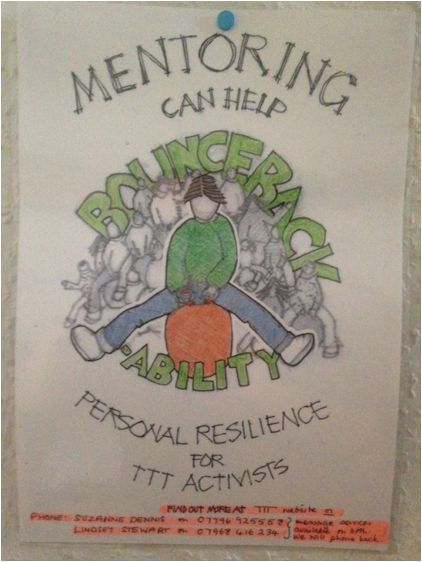 Another element of Inner Transition that has been very powerful has been the idea of mentoring.  As you may have noticed, ‘doing’ Transition can be very exhausting, stressful and draining (as well as exhilarating, inspiring and energising).  There are times when a Transition initiative comes under pressure in ways that we simply aren’t prepared or trained for.  About 4 years ago, Transition Town Totnes came under a lot of pressure from a local media outlet, targeted mostly on myself and one other member of the group.  It was deeply stressful and troubling, and during this time, the mentoring was hugely valuable.  It was very helpful in cultivating self preservation strategies and not taking things personally.

The Totnes Mentoring Project is, in essence, a group of mentors, counsellors and therapists who offer their time free of charge to those working at the centre of Transition (see right: the poster on the office wall).  This work is the subject of one of the new Inner Transition videos (see below).  For me, it has made a huge difference.  To have a space where I can safely discuss my fears, my worries, my fear of failure, and sometimes fear of success (!) has proven a powerful antidote to burnout.  I can’t recommend it highly enough. 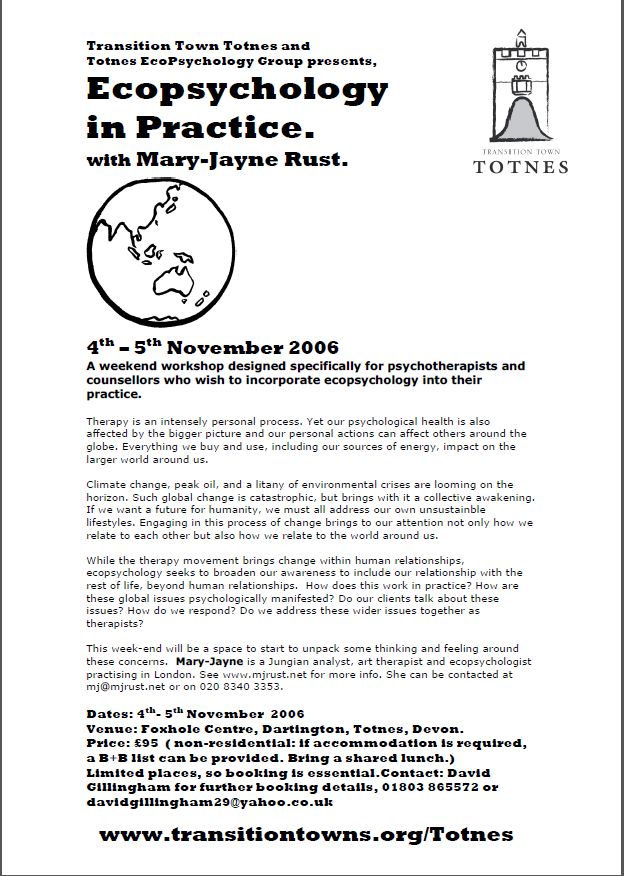 Another Inner Transition development that has been a revelation has been naming the distinction between ‘being’ and ‘doing’.  I’m a doer.  I do stuff.  So are many of those involved in Transition.  And we live in a culture that tends only to value our ‘doing’.  It is generally expected that we only bring our head, or our hands, to work and leave the rest of us outside the workplace.

Any concerns about our home life, about the state of the planet, our hopes and dreams, are all left at home.  This separation is deeply unhealthy, and at Transition Network one of the ways we address this is by alternating our monthly meetings between ‘Being’ meetings and ‘Doing’ meetings.  The Doing meetings focus on practical issues, work planning, updates on each others’ work and so on.  The Being meetings are a reflective space that invites reflection on the question “how are we? And how are we working together?”.

When everyone is working to achieve things and to make stuff happen, it is a hugely valuable approach, to make space to stop, check in and reflect.  I’m left wondering how people manage in organisations that don’t do it.

This is something that feels so accepted now as just something that we do that it no longer feels like an innovation as such.  But I don’t recall doing it in previous organisations I’ve been part of, and I can really see the difference it makes.  I am also involved in another community project, one that is almost entirely ‘Doing’ focused, and recently, in exasperation, I suggested we introduce check ins to how our meetings work.

The reason it felt so important was that people were bringing their arguments, their stresses, their troubles from the day they were having outside the meeting, and, unspoken as they were, they were dominating the meeting.  There was no mechanism by which people could notice and then ‘park’ their stresses in such a way that enabled everyone to focus just on the meeting itself.  And if someone is having a hard time others in the meeting can be sensitive to that – so we embed our values of caring into how we work together. We introduced check ins (“how are you?”) to the start of our meetings and it made a huge difference.

According to Transition Network’s ‘Inner Transition activities for meetings’ document, you might also ask one of the following:

It really does make a difference.

The value of the ‘Keepers’ 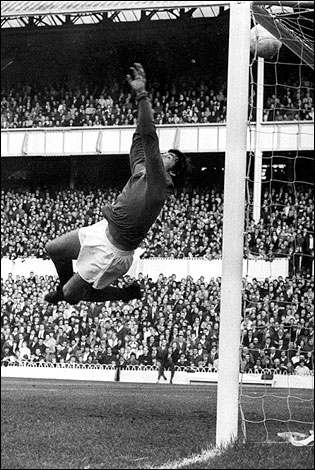 In Transition Network, we started a couple of years ago to introduce, at the start of each meeting, 3 ‘Keepers’ to support the role of the main facilitator or chair. This came from National hubs meetings where we saw it used to good effect.

These are the Keeper of the Record (taking notes, or creating a record of the meeting in some other way), the Keeper of the Heart (keeping an eye on how people are doing, when energy dips, any tensions or charged issues that need naming and so on), and a Keeper of the Time (keeping the whole thing running to schedule).  In meetings that include participants who are attending via Skype, we have added a Keeper of the Technology.

Naming these roles at the beginning of meetings means putting in place a support structure that greatly increases the likelihood of the meeting running to its full potential.  It’s a kind of mindfulness practice, and it makes a big difference.

I mentioned how useful digestion is in the context of Home Groups.  But it’s a tool that is very useful in other ways too.  I feel like when you present people with a lot of big ideas and potentially distressing information you have a duty to provide space for them to digest it.  One of the ways in which I use this idea is when I am giving talks.  Rather than just going straight from the end of my talk into questions and answers, I always invite people to turn to the person next to them to discuss whether there was anything especially surprising, upsetting, inspiring in the talk, how they are feeling, and what questions it brought up for them.

It means that when we then do go into questions, the questions are so much richer, to the point, and illuminating.  I recently gave a talk before which a very angry looking older man, with cheeks purple with rage, introduced himself by asking “what are you going to do about immigration?”  We had an interesting discussion about this (which started by my pointing out that there wasn’t actually that much I could do even if I wanted to), but it was clear, as I started my talk that he was still energised by the issue, and there to make a public point about immigration.  As I started speaking he put his hand up to ask a question, and I suggested he wait until the end.  When I finished we did the 5 minute digestion, and his was then the first hand up.  Resigned to the inevitable question about how realistic it is to do Transition in a nation awash with immigrants, he actually asked about straw bale walls. 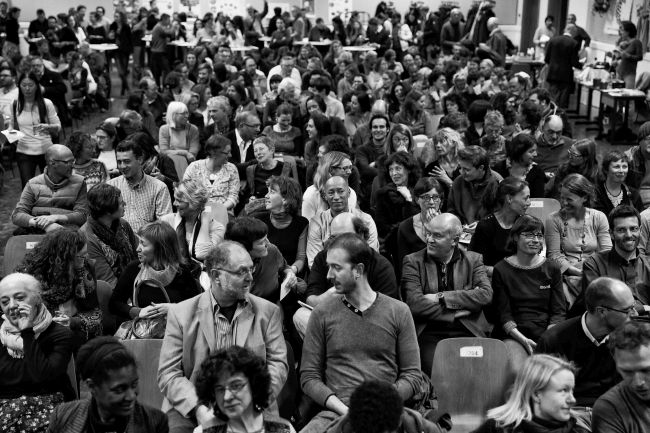 These six are just a small selection of Inner Transition innovations I have particularly noticed in my experience of doing Transition, and which can be traced back to that first meeting with Sophy and Hilary.  There are no doubt many others that I haven’t named here, or even that I’m not aware of.  And certainly many of them are things that were around before in different guises, so I’m not saying they are “new”, just that they were new to me.  Like all the best things in Transition, Inner Transition has brought with it an invitation to innovate, and it’s an invitation that has been embraced in initiatives around the world.

For me, Inner Transition, at its best, is deeply practical.  It has transformed Transition into something that feels supported, held and which sees resilience in its broadest sense.  Resilient communities need resilient individuals and resilient groups, who see being able to look after each other as being essential to their being able to look after the world.   This is all too important to risk being squashed underneath the weight of those elephants in the room.  More useful to have the wherewithal to make friends with them and take them for a walk to the park.

I’ll close with the fourth in the series of Inner Transition videos being unveiled this week in which Sophy Banks and Hilary Prentice reflect on the history of the Inner in Transition: