If Ernest Hemingway was still alive he might well have said: “If you are lucky enough to have been in Paris for the past two weeks and been part of the movement against climate change, then wherever you go for the rest of your life, it will stay with you, for Paris is now a moveable feast.”

For two weeks thousands of climate activists have been in Paris to protest at the stupidity, inaction, destructiveness and wilful disregard for the planet shown by governments and corporations. They have attended workshops, seminars and festivals. Marched, formed human chains, taken direct action against climate criminals and creatively drawn attention to the problems we face. Ideas have been shared, lessons learned and links forged that will bear fruit for many years to come. 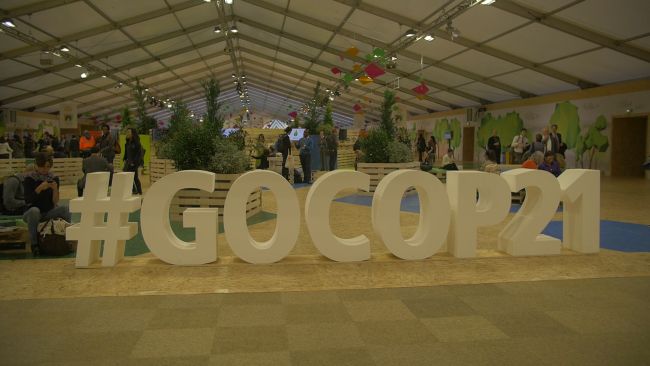 Few expect a meaningful agreement from COP21 and fewer still that any such agreement will be implemented. So the campaign will carry on and be all the stronger for the feast of ideas, connections and experience that we have enjoyed here.

So what have been the highlights of the menu?

I first travelled to Paris by thumb when I was 17. I had little money, not enough to eat and nowhere to sleep but I had a wonderful time here. It was just two years after the protests of May 1968, revolutionary slogans still covered the walls and US citizens avoiding the war in Vietnam were common. I’ve been back more than a dozen times and, although I don’t much like cities, I always enjoy Paris and am reminded of the ‘feast’ I found here. When the protests and events end thousands will take home valuable and inspiring experiences and, for that at least, we should all be thankful.

PS. What Hemingway actually said was: “If you are lucky enough to have lived in Paris as a young man, then wherever you go for the rest of your life, it stays with you, for Paris is a moveable feast.” His collection of stories about Paris, true and embellished, published posthumously, is entitled ‘A Moveable Feast’.