Shunro Yoshida, co-founder and representative board of director of Transition Japan reports from Japan:

We started Transition movement in 2008, since we met Rob Hopkins at Findhorn at the Positive energy conference with Hide (Hidetake Enomoto) who was living in Findhorn at that time and invited me to come to that meeting.  The beginning of 2009 we invited Naresh and Sophy to give us Transition Training and Train the Trainer course to really get Transition started in Japan.  Since then we have grown to six trainers, have done nine Training courses and have now over 50 initiatives active in Japan.  Once every year we hold a Summer Festival, a Transition gathering to exchange ideas and experience, and congratulate each other. 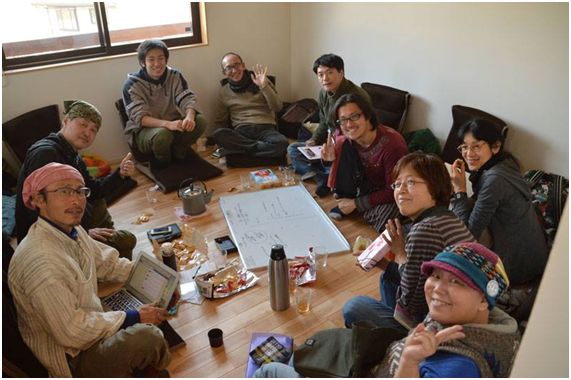 We feel Transition movement is becoming very important in Japan since the Tohoku earthquake and 3.11 Fukushima Nuclear incident.  I myself have moved to Kyushu Kumamoto Aso and now am growing my own rice, working in the mountain and building my own home / off grid life. Today I want to introduce two interesting initiatives. One is Transition Hamamatsu and one is where I live Transition Town Minami-Aso.

The following is a report from Takayuki Saito, a member of Transition Town Hamamatsu and REconomy project team, about their unique activities they’ve done this year. “We have held a two day event at Hamamatsu “Fair trade day.” I’d like to report about the event we held on February 27th, 28th .“ Hamamatsu Fair Trade day” was an experimental event at Hamamatsu city, population 800,000.

This event was a joint event hosted by Hamamatsu Fair trade Town Network,Professor Shimozawa, professor of the Shizuoka University of Art and Culture who worked with Transition Hamamatsu running a REconomy Seminar.  We invited Jay Thompton and members of fair trade volunteer group with the members of REconomy project team participating in a fair trade shop position to this event.

This event was not an ordinary market style event using public facility or square. One of the new challenging thing about this event was that it took place in a commercial mall, one of the largest chain supermarket in Japan.

Thirteen natural food shops and restaurants that carry fair trade products collaborated at a massive scale commercial space. It was a completely new experience for a natural food store and organic restaurant in Hamamatsu to appeal openly to the consumer about their business of fair trade and organic food.  In addition to that, there was a major coffee chain shop open there shop, so they (big corporation and local small shops ) were exchanging ideas and information was an quite interesting sight.

At this event there were many products of certified fair trade including: coffee, chocolate, sundries, and coconuts oil.  What was meaningful about this event was that it is said that large corporations need to shift their business policy from mass scale distribution & sales towards community based business.

It was very natural for them to exchange and taste and giving feedback about the specialty fair trade products. The event space was packed with people for whom many of them were hearing the word fair trade or organic food for the first time in their lives. And it also gave a chance for the people working in the stores to re-acknowledge their social responsibility and reflect on the meaning of our jobs.

It is our REconomy project’s important aim for current companies to experience the social importance of local community activity and reassess their awareness.” 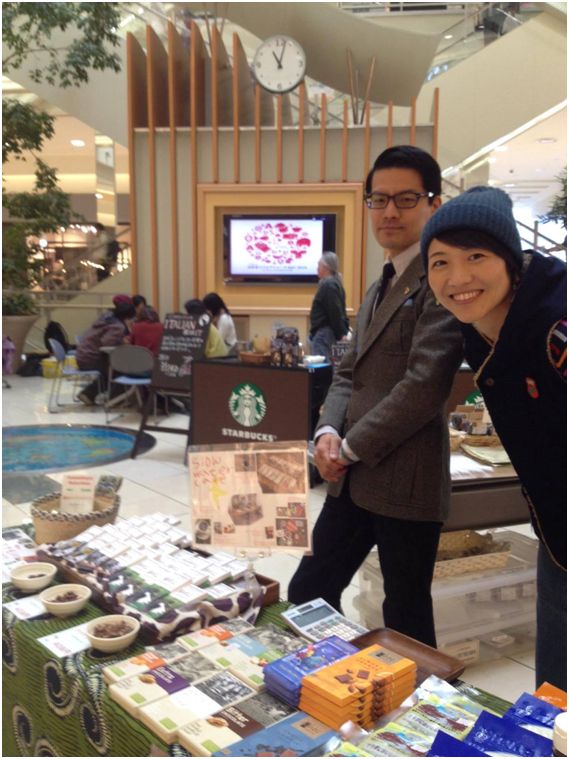 Another initiative Transition is Town Minami-Aso located in Kyushu, Kumamoto, in the Aso Caldera, one of the largest Calderas in the world. 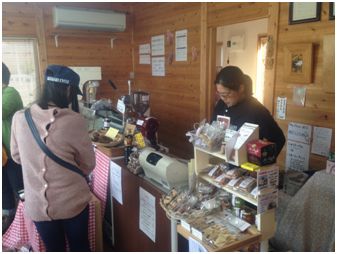 We had many people moving to this land for a new way of living, growing our own food, self building our own homes, living very close to mother nature, after the 3.11 disaster. We started by gathering in potluck style meetings bringing one meal a month to exchange our thoughts, why we moved here and how we are going to live here. It’s been five years now since we started the group and started showing films, doing workshops such as, DIY home building, building solar energy kits, growing rice, local currency and opening farmers market festivals. Our community mailing list consists of 130 people, mainly new people that moved here, but we have some local farmers and local people supporting us too.

One of our main working groups is our Seed Club, which is saving seeds and passing them on to next generations, exchanging true breeds.

Our activity is to save local seeds (true breed) and grow vegetables and rice and to let people know about the seed issue. In Japan more than 98% seeds are owned and sold by a global seed company that sells F1 seeds (one generation), that means farmers have to buy seeds every year. And most of the seeds are gene manipulated.

At our local market store the members of our club are growing vegetables and rice for a living, which are not using any agrichemicals or chemical fertilizers. So this place is serving safe local food, which is very hard to find, particularly in a countryside area in Japan. 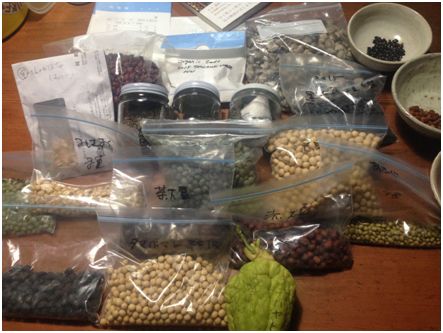 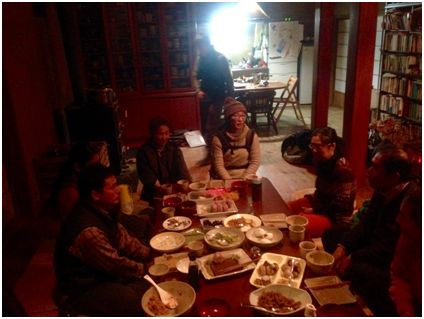