Last month’s Local Entrepreneur Forum in Totnes was the fourth, and it’s been an amazing incubator for new enterprises while also building a community around the idea of a more resilient, local economy, and generating over £70,000 of investment into new enterprises.  But until now, it has never happened outside Totnes.  Transition Town Brixton’s Lambeth Local Entrepreneur Forum was the first.  The question I travelled up with was “will the LEF approach work outside of Totnes?”  The answer I travel home with afterwards is “absolutely”.  What a remarkable event. Here’s my podcast about it:

The earlier part of the day had featured discussion around the question “how can we create a Community Supported Local Economy?”, and by the time I arrived, supper was happening, and the beautiful Brixton East venue was full of delicious food and conversation. 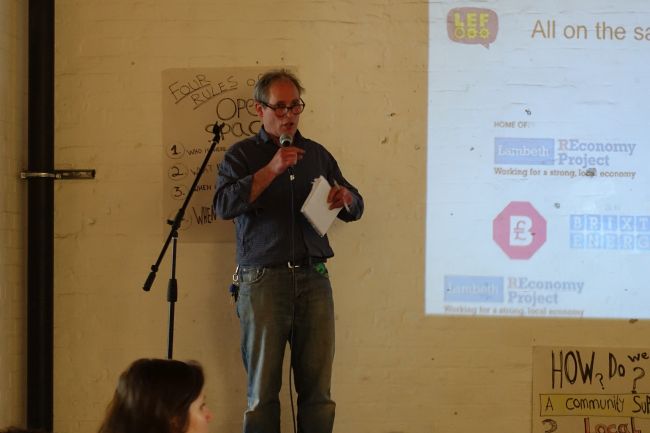 Then, in a packed room, Duncan Law of TTB introduced the evening.  I then spoke about why local economies matter and how the LEF can make a big difference in unlocking the new economy.  Here’s my talk:

Then we were into the pitching.  Five businesses pitched, the first was Kitchen Table Projects, a “retail incubator for artisan food producers at Old Street Station”.  They offer a space for 16 emerging food brands. 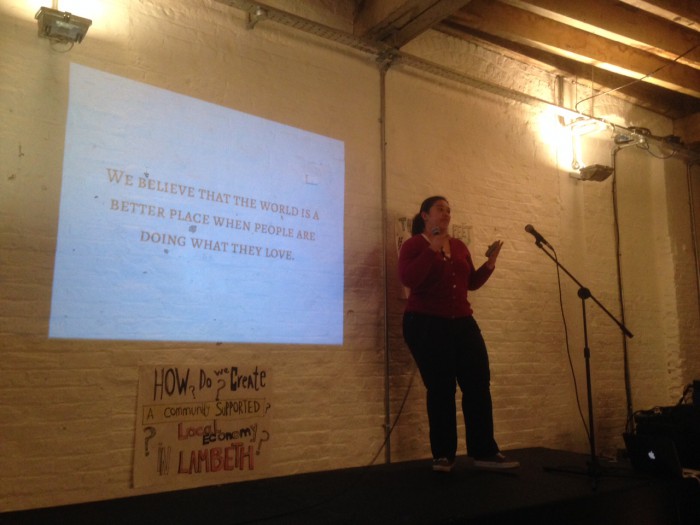 The second enterprise to pitch was the Library of Things, a kind of expanded tool library.  For a small monthly membership fee, members have access to a wide range of tools and other things that they can hire. 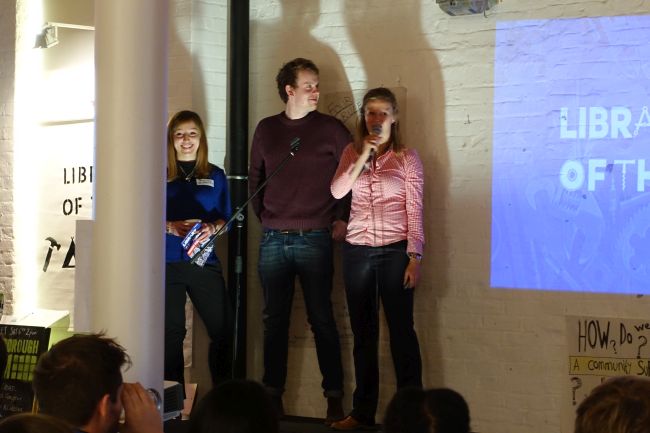 The Remakery is a project that has grown out of Transition Town Brixton, and now rents a large space beneath a block of flats where people make things, fix things, recycle things.  They sort and store stuff that would otherwise be thrown away, run workshops on what to do with it, and then showcase the things people have made with it.  They described it as a “people-powered project”.  There’s a great video about it made by Al Jazeera here. 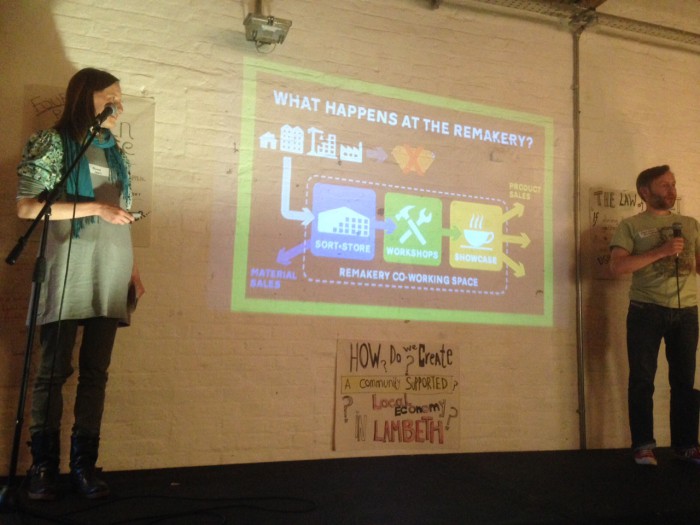 The Grain Grocer run a food stall at Crystal Palace Food Market and at Brockley Market and have rapidly built a great reputation based on their service and the quality of what they sell.  They are committed to good food, minimising packaging and sharing their knowledge about, and love for, good food with their customers. 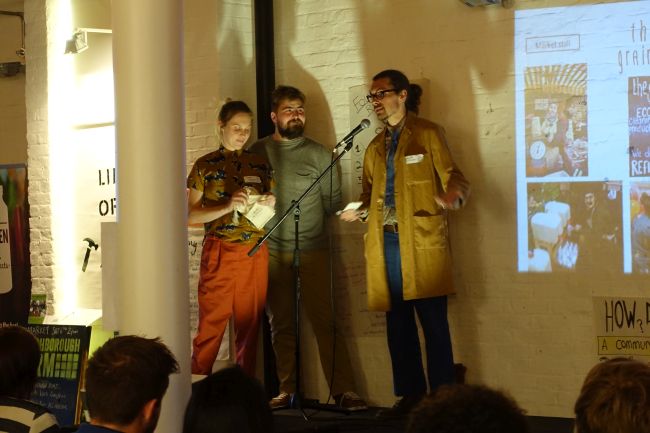 The last enterprise to pitch were Spiral, a social enterprise combating youth unemployment with vocational workshops and skill development.  Their idea is to give young people opportunity to reach their full potential.  Each pitching enterprise was looking for a different combination of things, from building awareness about what they were doing, to support for crowdfunding appeals and searches for retail space in Brixton. 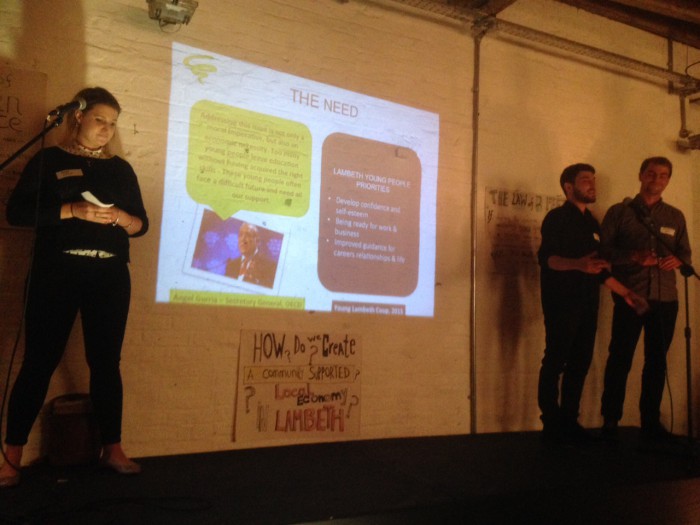 So then the pitching began, hosted by Colin Crooks of Tree People and Charlotte Milner-Barry from The Funding Network.  The pitching is the bit where as the organiser you are always nervous that nothing is going to happen, but the inaugural Lambeth LEF didn’t disappoint.  Offers flooded in, of commitment to buy shares, of offers to attend events, of space, support, networking and connections, offers to support crowdfunding appeals and to buy shares, and much, much more. 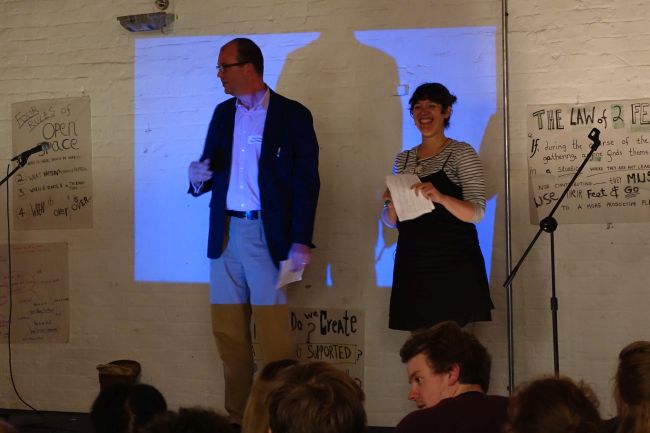 All very remarkable.  The posters for the event had said “good ideas need investment”, but anyone attending left with a very clear sense that making the new economy a reality requires a lot more than just hard cash.  As one person I spoke to afterwards said, “there was a lot of love in the room, if love’s the right word”.  I think it is.

Running your own business can be quite lonely.  As Hannah Lewis from the Remakery told me, “we leave with a lot more friends, and a sense that people do support and see the value in what we’re doing and there is that spirit of generosity that can come out when the space is created for it”. 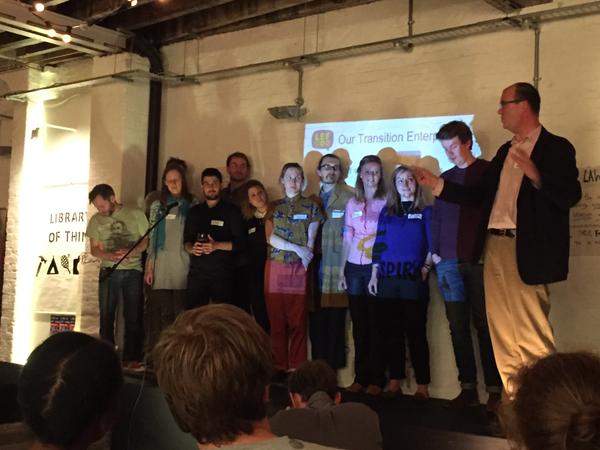 Colin Crooks spoke of “seeing people light up as they offered support”, of the magical sense of warmth created.  “It’s tapping into a fundamental human value”, he told me, “and this (the LEF model) is just a way of rehearsing what we’ve always wanted to do, to support people in our community”. 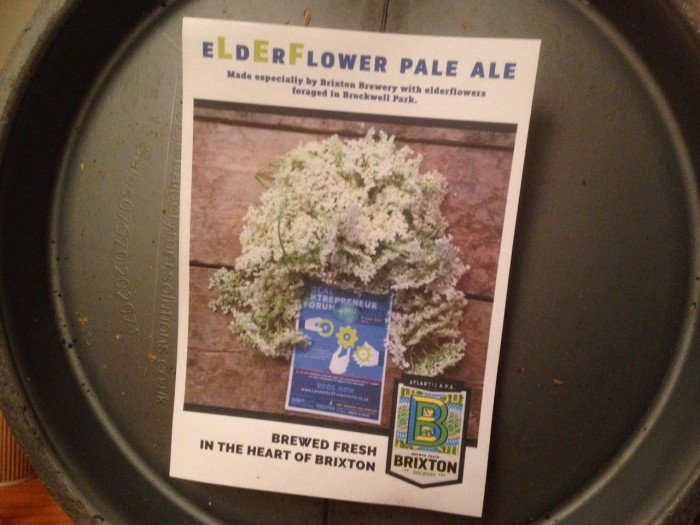 The evening continued into the night, with wonderful beers brewed by the Brixton Brewery, including their eLdErFlower Pale Ale (“made especially by Brixton Brewery with elderflowers foraged in Brockwell Park”) and funky tunes from the DJ.

So the outcome is that yes, the Local Entrepreneurs Forum does work outside Totnes.  It works very well.  Could it work anywhere?  I think it probably could.  It does however need a lot of groundwork in advance to get it up and running, a lot of networking, identifying of good entrepreneurs and so on.  But it feels like already the Lambeth LEF is a regular annual event.  Lots of people I spoke to afterwards were already talking about “next year”.