Transition Stroud were the 8th ‘official’ Transition initiative, forming in 2007.  Its first big event was the visit of Richard Heinberg to the town, who gave both a public presentation and also a talk for Stroud District Council.  Since then, the group has been extremely active, and as it enters its 10th year, is focusing on how best to move forward and how to put the best foundations possible beneath the work it has already done.  One key part of this was an event called ‘Transition Stroud: 10 years and beyond’ held at the town’s Subscription Rooms, to which I was invited to speak.  Here is a podcast I made about the evening:

I arrived in Stroud in the early afternoon and went to have lunch with some of the Directors of Transition Stroud in the centre of town (see photo below).  After this we went to Peter and Claudi’s house where lots of the Directors came and we had a long discussion about their thinking for taking the project forward and the challenges they are facing.  It was a very good conversation, and hopefully some of what I suggested might be of some use. 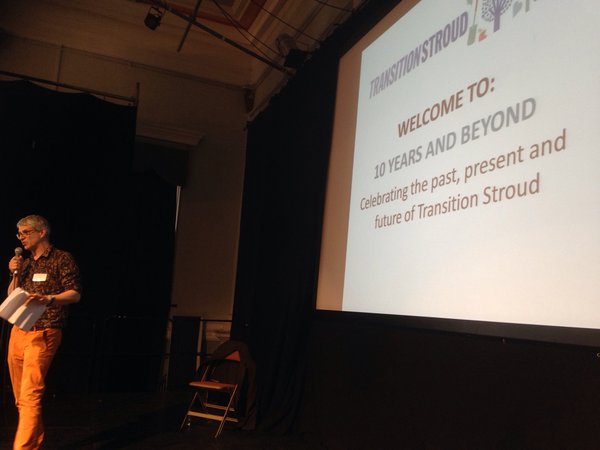 Over 200 people came, and the evening felt dynamic and focused (a spirit hopefully captured in my podcast, above).  The evening started with Philip Booth introducing the evening, and how it was planned to work.  Then Erik Wilkinson gave an overview of Transition Stroud’s work and achievements thus far.  He talked about its early days, and their delighted at being mentioned in the same episode of The Archers as Totnes!  He ran through some of what the group has achieved since its formation, including:

… to name just a few.  In 2014 the group won Stroud Town Council’s Environmental Award.  Most recently, they published their ‘Transition Stroud: an Invitation’ leaflet which you will find at the end of this post.  It’s an impressive history, one about which many people should be very proud. 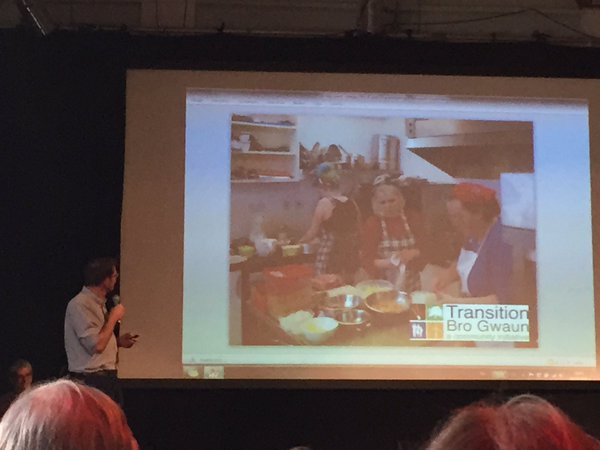 I then spoke, starting out by talking about some of the many similarities between Totnes and Stroud.  One part of this was my ‘Totnes, or Stroud?’ Quiz.  For example, have a look at the following descriptions from Wikipedia and then answer, ‘Totnes, or Stroud?’ (answer at the end of this blog):

A. “the town is noted for its steep streets, independent spirit and cafe culture”

B. “a thriving centre for music, art, theatre and natural health… known as a place where one can live a bohemian lifestyle” 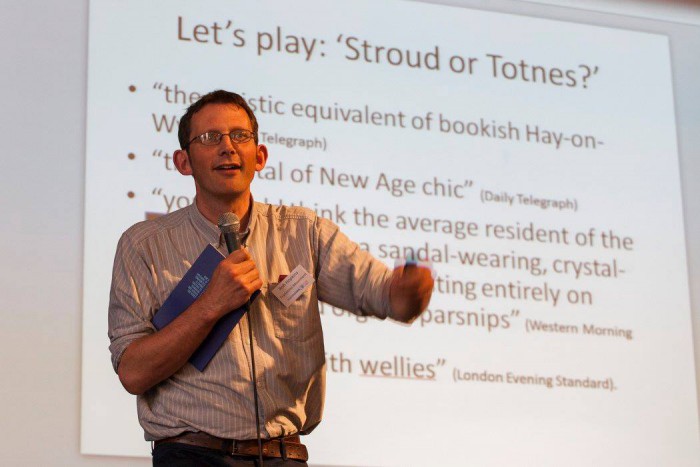 Both towns have a long history of ‘alternative’ culture, acting as laboratories for new ideas, have stations designed by Isambard Kingdom Brunel, had community radio stations, local currencies, both regularly campaign to stop unwanted development taking place, have economies founded historically on wool, and, oddly, both appear in songs by Half Man Half Biscuit (‘Totnes Bickering Fair‘ and ‘Bad Review‘).  I then shared some stories of Transition elsewhere, and thanked those present for their great work and for the stories they have created, many of which have gone around the world, inspiring many others. 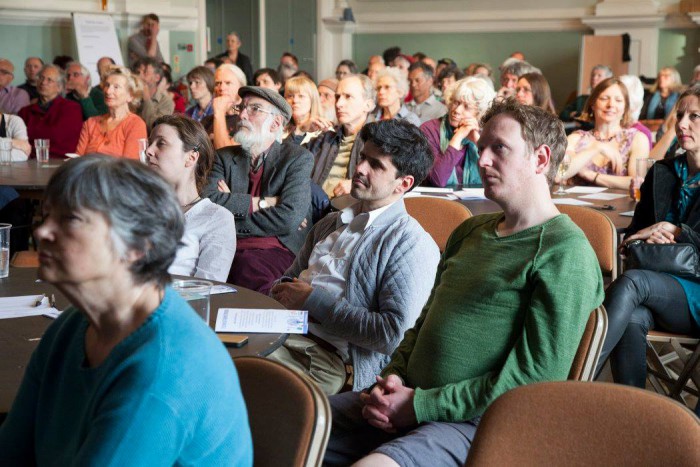 But like many Transition groups, Transition Stroud is running up against the challenges of needing financial resources to enable their work, and also managing the phenomenon of it increasingly being the same people stepping forward to do the work.  Transition Stroud had commissioned Sue Flook and Caroline Aistrop to do some market research among Transition Stroud supporters, looking at why people give their time to the group, and their financial support, as well as what they’d like to see in the future (their full findings will be published soon). 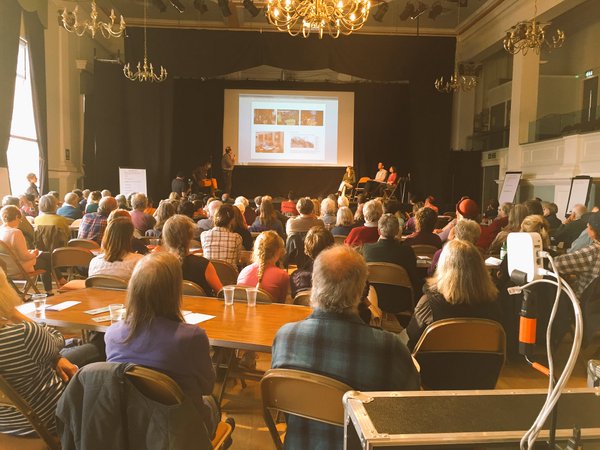 This was followed by the ‘Beer and Ideas’ session, where people got drinks from the bar and then gave ideas and thoughts that could shape the work of Transition Stroud for the next 10 years, writing onto flipcharts positioned around the room.  After 40 minutes, people gathered back together again, and Erik launched the Facilitation Fund, a new funding drive by Transition Stroud, which intends to raise £10,000 as a seed fund for starting new projects, with its target reached by the time of its 10th birthday next year.  I then gave a few closing thoughts and then that was it.  There was then lots of talking, people hanging around and signing some of the books I lugged up from Devon and thankfully managed to sell all of! A wonderful event that will hopefully have achieved all that it set out to.

I’d like to thank the Transition Stroud team for their warm welcome, Peter and Claudie for their wonderful hospitality and everyone who came.

So, finally, those ‘Totnes, or Stroud?’ Quiz Answers 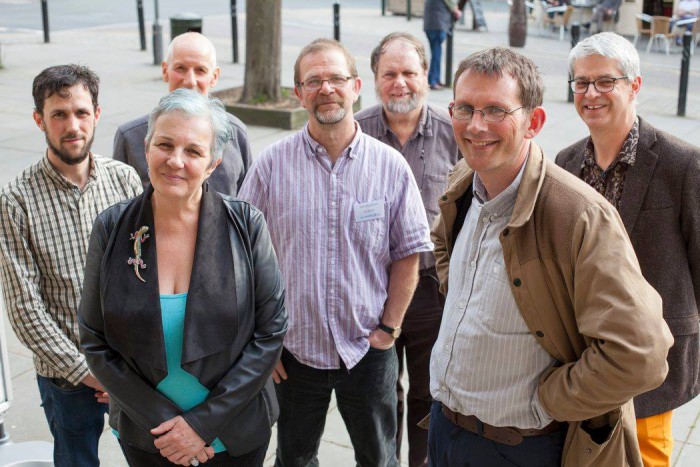