Summer time and it’s time to take it easy. But before you go we consider our relationship to problems, whether we can trust Shell to bring a low-carbon economy, and adding records to the Museum of Fossil Fuels. Exeter celebrates with a £4.50 note, and selling more local food in supermarkets plus we want to hear your stories about migration. What impact does having some paid positions have on your group and a novel way to explain Open Space events.

Tony Blair, Godzilla, and the Banquet of Consequences.
The challenges and threats that we face don’t just appear spontaneously, like the aliens pitching up in ‘Independence Day’. Rob Hopkins reflects on the Chilcot Inquiry, our relationship to problems and why, for solutions, we should look closer to home.
http://transitionnetwork.org.dedi2835.your-server.de//blogs/rob-hopkins/2016-07/tony-blair-godzilla-and-banquet-consequences

What I submitted to the Museum of Fossil Fuels
Is Rob Hopkins’s eclectic music record collection a form of Carbon Capture and Storage that actually works?
http://transitionnetwork.org.dedi2835.your-server.de//blogs/rob-hopkins/2016-07/what-i-submitted-museum-fossil-fuels

The EU wants to block Romania’s 51% local food shift. Who cares?
The Romanian parliament unanimously passed a bill which states that every large supermarket in the country must ensure that 51% of the fruit, vegetables, meat, eggs, honey, dairy products and baked goods they stock are “locally sourced”. It’s an eye-catching and paradigm-shifting piece of legislation. But is it legal, and, actually, does that matter anyway?
http://transitionnetwork.org.dedi2835.your-server.de//blogs/rob-hopkins/2016-07/eu-wants-block-romanias-51-local-food-shift-who-cares 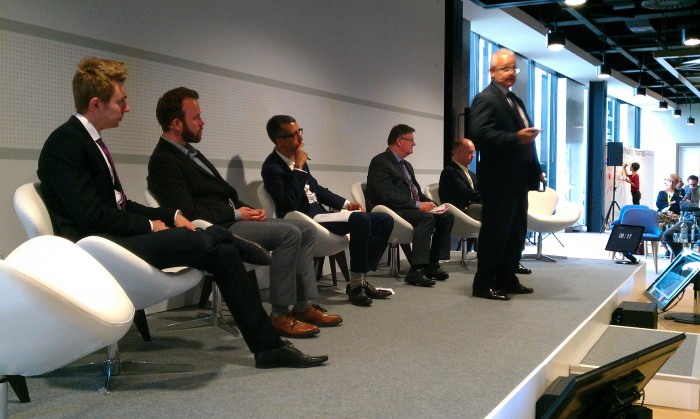 Shell’s ‘Powering Progress Together’ event.
Trust was a theme at Shell’s ‘Powering Progress Together, collaborating for a Low Carbon UK’ conference Naresh Giangrande reports. Notably the lack of trust: in politicians, the political process, and business experts so nakedly exposed by Brexit. Trust, not law, formed the basis of the Paris Agreement so recently concluded. So have we moved into a new trust-based post Paris Agreement world?
http://transitionnetwork.org.dedi2835.your-server.de//blogs/rob-hopkins/2016-07/naresh-giangrande-reports-shells-powering-progress-together-event

Call for Contributions on Migration
Transition network is looking for stories about ‘migration’ and the movement of people around our planet. We’re interested to explore the language used, and how this shapes the narrative, the experience of refugees, and how migration looks and feels outside of the European context. If you have direct experience of any of these issues, and would be interested in contributing a blog, being interviewed or sharing your experiences of migration please get in touch: https://transitionnetwork.org/contact
Light posting during August…
As is the tradition here at TransitionNetwork.org, we’re taking it easy over August, reacharging our batteries, and trying to model being an organisation that takes its being as importantly as its doing. So there may be things posted on the website during the month, but not much. We hope you get to do some good things, take some time in nature, spend time with friends and family.

Dynamics of Introducing Paid Staff to Transition Initiatives
Transition US recently hosted a network call to hear from Transition leaders from three different communities about their experiences, both positive and negative, bringing in paid staff to their initiatives.
http://transitionus.org/blog/dynamics-introducing-paid-staff-transition-initiatives

A new way of introducing Open Space
Rather than the standard way of explaining Open Space, a great exercise was created for the 2015 Transition Network Conference a group of Transition Trainers developed a different way of explaining it, based on how a flight crew gives passengers safety instructions and information about the flight. Maggie Seeley from Transition Alberquerque in New Mexico has kindly allowed us to post the script they used to do it.
http://transitionnetwork.org.dedi2835.your-server.de//blogs/rob-hopkins/2016-07/new-way-introducing-open-space

TRAINING
Have you been wanting to do Launch online but you English is not up to it? Launch online is now in English, Spanish, and for the first time in French. The English version starts September 13, 09.00, Spanish version October 4th 19.00, and in French October 20th 19.00. All links for more information and to register in the link below
http://www.transitionnetwork.org/training/courses/launch-online