On June 4th 1976, the Sex Pistols played a gig at Manchester Free Trade Hall that has gone down in history as one of the most famous gigs ever, credited as having inspired a huge number of influential bands, record labels, designers, even, according to the late Tony Wilson in the film ‘Joy Division’, with the regeneration and resurgence of the city of Manchester.  According to David Nolan, author of I Swear, I Was There: the gig that changed the world, only 35-40 people actually went, but “by my reckoning seven and a half thousand were there” given the number of people who have claimed to squeezed in.

The gig had a huge impact on those attending, even if only, as Nolan puts it, “the audience who were there … looked at the band … and turned to each other and said, in that Mancunian way, “That’s rubbish!  We could do so much better than that”.  And that’s exactly what they did”. Here’s a documentary about it:

I won’t even claim to have been there.  8 year-old children weren’t allowed into gigs in 1976.  But I did grow up inspired by many of the people who had been there and by what they did subsequently.  If there was an event in my life that was the equivalent of that night, the incendiary event that lit my life’s blue touchpaper, it would be the evening, in 1992, when I headed to Stroud to hear a talk by permaculture co-originator, Bill Mollison. 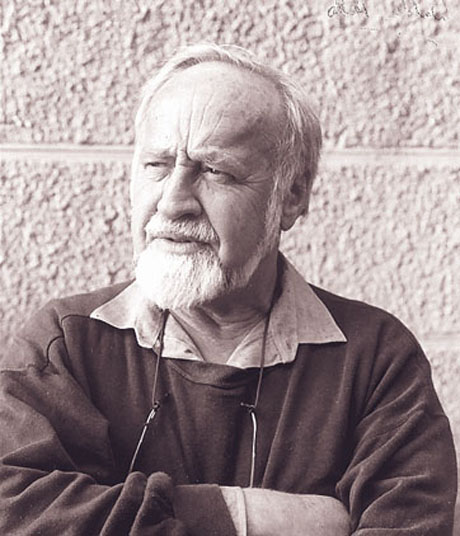 Last summer I gave a talk at the West Country Storytelling Festival about Transition, and at the end someone asked “how do you get the confidence to do that stuff?”  We all have moments that define our belief, or lack of belief, that we can make change in the world.  With this month’s theme being The Power of Just Doing Stuff, I thought I would share that experience with you.

I was a real permaculture newbie at that stage.  I had yet to do my Design Course.  I had recently been given a copy of Mollison’s classic Permaculture, a Designers’ Manual.  I had the bug, so when a friend told me Bill was speaking in Stroud, and that that was the only public talk of his visit, a few of us hopped in a car and high-tailed it from Bristol to Stroud in time for the talk.

A talk by Bill Mollison is an unforgettable experience, not always in a good way.  He had a remarkable ability to offend, outrage and upset roughly half of the audience, while changing the life and profoundly inspiring the other half.  It’s quite an art (although not something I try to emulate).  In Peter Harper’s recent critique of permaculture (which contains much I agree with and much that I don’t – I might respond to at some point when I get a moment), he writes (of a different talk on the same trip):

“The audience could not have been more keen to hear what he had to say.  But somehow he managed to turn everybody off by dogmatic statements and an arrogant manner … undoubtedly Mollison is a brilliant man, fizzing with ideas, many of them excellent, but unfortunately, many of them duds.  And it is rather hard to tell which are which …”

I asked Matt Dunwell of Ragman’s Lane Farm for his recollection of the evening.  His main memory was Bill being “pretty hostile” and “tearing into someone who was questioning how housing coops worked, and he retorted that ‘you are the sort of person that steals chocolate from other peoples’ fridges’” (a phrase that has stuck with Matt ever since).

My main memories were firstly him talking about how he had just come from Africa where one of the things he had done was to show people that you didn’t need tin foil for cooking (since when I have rarely used tin foil ever again), and secondly when a woman in the audience asked him a question about some land she had recently bought.

“My husband and I”, she said, “recently bought 100 acres of land in Devon to run along permaculture lines.  But most of our money has been ploughed into buying the land, meaning that we have a very small budget for developing it.  What do you suggest?”  Quick as a flash Bill came back.  “Sell 90 acres” he declared, much to her disappointment (rather good advice I thought).

What stuck with me though was a message of “just do it, just stop talking about stuff, hoping someone will sort it out, roll your sleeves up and do stuff”.  It resonated with the Do It Yourself culture I had grown up with, through the still rippling distant aftershocks from the night in Manchester: if you don’t like things as they are, get up and do something about it.  His talk, told like a storyteller, with no slides or overheads, was one man prowling that stage, talking from the heart about the projects he had initiated, inspired and seen around the world.

Whether it was people planting thousands of trees, creating new gardens in cities or in the desert, it was (for me at least) a riveting and passionate setting out of the case that change starts with us.  That no-one else is going to do it (Bill once famously said “I can’t change the world on my own.  It’ll take at least three of us” – inspiring but a recipe for burnout if I ever heard one).  That it’s down to us.

What I took back with me on the drive back to Bristol was a kick up the arse that is still propelling me forward today. What Bill did was not just set out lots of inspiring possibilities, but challenged you to leave the hall unaffected, challenged you to see if you could actually live with yourself if you didn’t do anything.  While it may not have been everyone’s cup of tea (I think some people did get up and walk out), I was transfixed, and left that night, determined, on some level, that this was the work of my life.  The concept that the Earth could be repaired, that there was a way to do it, and that it would only happen if people decided to make it the reason they got out of bed in the morning, hit me hard.

Like that first Sex Pistols gig in Manchester, I had no option than to be one of those people who (metaphorically) started a band, a record label, a magazine.  It was a life-changing experience.  You can trace this blog, this idea, my sense of the Power of Just Doing Stuff, back to that warm evening in Stroud.