Any sense of “we’re all in this together” appears to evaporate when it comes to those industries that use the most amount of energy.  If a recent lead editorial in The Times is anything to go by, there’s a sense that they are somehow above all that.  But given the scale of the cuts demanded by the climate change science, can any institution or company really be seen as being somehow immune?  And is fracking really the golden solution to all our woes?  Read on …

The Times piece was called Energy and Jobs: the transformation of America’s energy market is starting to have a direct impact on vital British industries.  Its argument was that the rush of cheap gas in the US that has lowered prices means that “British energy-intensive industries, chief among them chemicals manufacture, are becoming uncompetitive”.  “The British economy”, they state, “remains yoked to high energy costs and low growth that compare well only with its sluggish European neighbours”.

It gives as an example a PVC company in Runcorn, which used to export to the US but is now increasingly struggling to do so.  The solution proposed, in case you didn’t see it coming, is that:

“the Government should, finally, speed up the growth of domestic fracking by boosting incentives for local communities, and urge the US to shun protectionism and export its own cheap shale gas as soon as global markets make it profitable to do so … if the price is that the coalition’s green credentials are further undermined before the next election it is one that must be paid”.

“A price that must be paid?”  What? Hold on a second.  Let me put that another way.  The survival of companies making PVC should take precedence over our reining in our carbon emissions?  A quick PVC reality check here.  According to the Healthy Buildings Network:

A 4 degree rise in global temperatures would be, lest we forget, catastrophic.  It is also 3 degrees higher than the level stated in a recent paper by James Hansen et al. as being the sensible point beyond which to push the climate.  Is heading for 4 degrees an acceptable price to pay to keep PVC factories and other similar energy-intensive industries going?  We should also remember that the International Energy Agency have stated that a business as usual scenario would lead to a 6 degree rise.
The editorial proposes that “energy intensive industries should remain exempt from the need to buy costly European carbon ‘allowances'”.  Now I’m no expert in “costly European carbon allowances”, but I’d be pretty confident that the very idea of them is that it is “energy intensive industries” who should be affected by legislation intended to reduce energy use.  Am I missing something?
As the scientific case for climate change becomes harder and harder to haggle with, sceptics move from “it’s not happening” to “it’s not happening as much as the scientists say” to “it’s too expensive to do anything about”.  In this editorial we see the same thing happening with energy.  This is beautifully captured in its last line:

“The age of cheap energy may be past, but less expensive energy is still an essential goal”.

That’s an interesting assertion, one we’ll come back to later.  Around the same time, Gabriel Levy was reporting back, over at Climate Code Red, on the Radical Emissions Reduction conference in London (which I had really wanted to go to but couldn’t make).
Kevin Anderson, one of the organisers, restated at the conference his belief that drastic action is needed to meet the UN’s target of limiting CO2 emissions in order to achieve at 66% possibility of limiting surface temperature increase to 2 degrees.  That drastic action consists of a 10% per year cut in emissions.  He also noted, as Levy put it, that “the radical emissions had to be made by a small minority.  He (Anderson) estimates that ‘1-5% of the population is responsible for 40-60% of emissions'”.  I would hazard a guess that PVC manufacturers, such as the Runcorn factory which requires the same amount of electricity as Liverpool (seriously) fall into this category.
Personally, I retain the view that high energy costs are a good thing.  It’s not always a view that’s popular or easy to sustain. I’ve been invited onto local radio stations to defend it, only to have sprung on me unannounced a road haulage contractor telling me the impacts high energy prices are having on his business.  Fair enough.  But high prices also stimulate creativity, adaptation and innovation, as the oil crises of the 1970s so powerfully demonstrate.  Low energy prices (even if such a thing were actually possible anymore) stimulate just the kind of complacency and wastefulness that this editorial assumes is still somehow our right.
The key question that arises for me is why are the PVC-makers of this world deemed so immune from the social responsibility that the rest of us are expected to show?  Julie McDowall at Wings over Scotland recently wrote powerfully about working for Serco under a contract to the British Medical Association (BMA) to run their employment law helpline.  She writes that although, as far as the world would see, she was working for the BMA:

“The BMA has absolutely no idea who we are: it doesn’t recruit us, it doesn’t train us, it doesn’t pay us, it can’t sack us and it doesn’t know if we’re fairly treated or not. The Serco staff represent the BMA but have nothing to do with the BMA”.

Many of her colleagues were on Zero Hours contracts, and, as she puts it, “they work for a union but have no union of their own”.  The piece captures what work is becoming for more and more people in 2013:

“We pretend our mission is to defend doctors, whereas it’s really only to make sure we answer the phone within three rings and don’t go to the toilet”.

But that’s just how it is, because after all, “we’re all in this together”.  While everyone else is expected to put up with reduced worker protection, Zero Hours contracts, being chastised for using benefits to fill the gaps between periods of low-paid employment, seeing public sector jobs being shifted into the private sector with the resultant loss in worker protection and wages, we are, according to The Times anyway, expected to believe that no such flexibility should be demonstrated to “British energy-intensive industries”, however polluting, PVC companies included.
The Times puts all its eggs in one basket, fracking, arguing that we must have fracking so we can keep business-as-usual on the road and remain competitive in the global economy (David Cameron’s tweets regularly close with the hashtag #GlobalRace).  But where’s the space for asking “what if there is not to be a ‘shale gas revolution’ in the UK?  Not because of a lack of government commitment or ‘incentives’ (for which read ‘bribes’) for local communities, but because it’s a dream, a bubble, a fantasy?  The idea that the US will ever be able to “export its own cheap shale gas as soon as global markets make it profitable to do so” is a deeply deluded myth, as David Hughes’ ‘Drill Baby Drill’ report identifies. 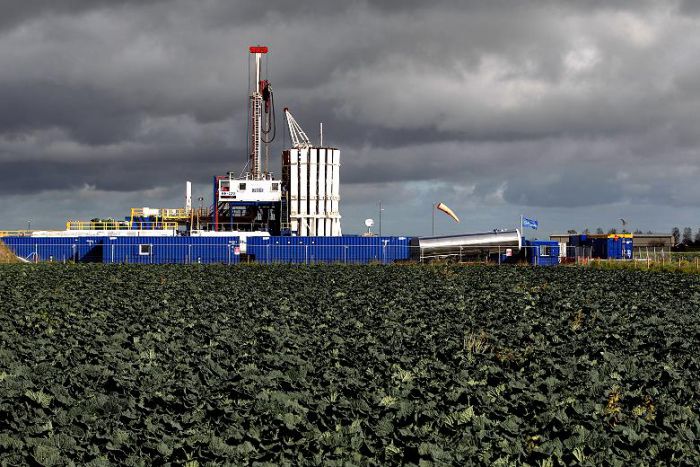 Does British industry, founded on the creative problem-solving genius of people like Brunel, really have no response to the inevitable rise in energy prices other than throwing a sulk and threatening to leave and go elsewhere?  Has the ingenuity that turned its manufacturing industry around on a sixpence in the run up to World War 2 evaporated entirely?  The Times editorial reeks of a belligerent refusal to be creative, a sense that somehow the inevitable can be avoided.  Meanwhile the world passes 400ppm, the hurricanes gain new momentum and the Arctic ice melts.  In the interview with Adam Corner that I will publish tomorrow, I ask him if staying below 2 degrees is possible with an intact advertising industry, he states:

The advertising industry has to be brought under control, as do lots of other types of industries.  As long as the advertising industry is there telling people that what they need to do and what they want to do and what other people who they look up to crucially are doing and are living like, and as long as they are projecting a world to people that is all about very unsustainable, high carbon living, it’s difficult to see how that would be congruent with tackling climate change.

Put alongside that a range of other industries and players, including the media, “energy intensive industries” and PVC companies.  I understand that we are talking about peoples’ jobs here.  But surely large employers in energy-intensive industries have even more responsibility to move with the times, to adapt and evolve.  Anything less, when the writing is so clearly on the wall energy-wise, is grossly irresponsible.

Editorials such as this do no-one any favours.  As Naomi Klein told the Radical Emissions Reductions conference, we need “a radical, enabling environment in which these policies can flourish”.  Transition is just one of many manifestations of this.  One cornerstone of such an environment will have to be that no-one is immune from change, least of all those energy-intensive companies most to blame for creating this mess in the first place.

I’ll leave the last word to Gillian Clarke, National Poet of Wales, who was on Desert Island Discs this weekend.  She said “killing something so precious is not to our advantage”.  Although I’m not holding my breath, they’re words that I hope the leader writers of the Times might bear in mind next time they sit down to compose any subsequent lead editorials related to energy.