What’s an Orthodox Transitioner like? You’ll recognise them at once. It’s all the same what they look like, the thing is – they are strange.

Because they knock on doors. Because they always want to discuss something. They stick up posters. Strike up conversations. Ask questions. Make notes. Gather together with their kind. They are always eating heartily with one another. They have felt tip pens for flipcharts in their bags. They are always organising something. Swaps, local markets, allotments, self-help groups, local currencies or the local economy. And this is important: they always put the word ‘local’ before any other word – which makes everything dear to them. Now, that’s what a Transitioner is like.
Nevertheless, a detailed description of the various sub-types is given below. 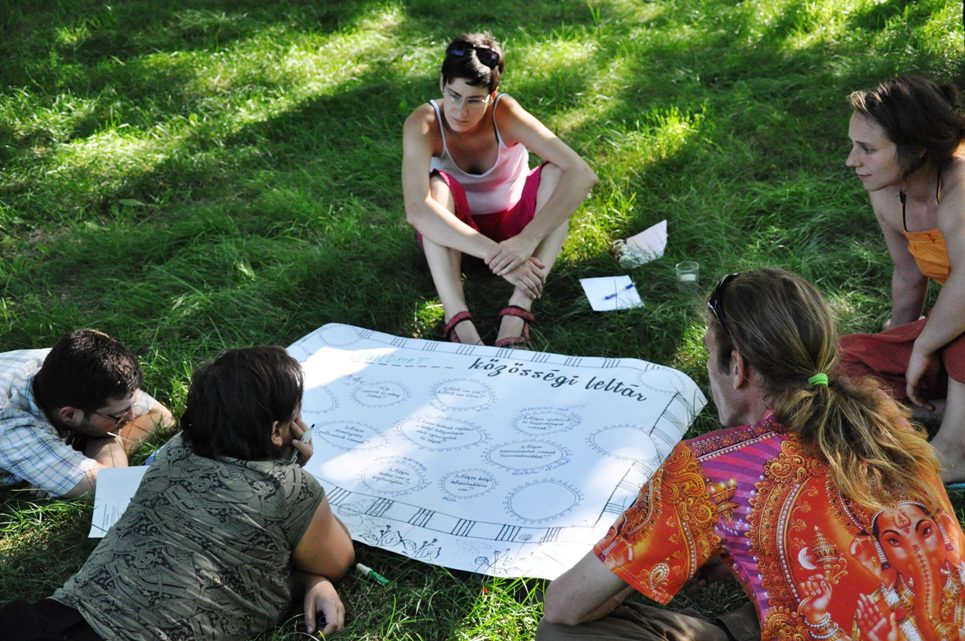 Transitioners are undemanding concerning their habitat. They can live anywhere. In cities, towns or capitals. But they also like living in villages or homesteads. Or even on the edge of the world. The feature distinguishing them is they get friendly with neighbours: they hobnob, they conspire, who knows what else they do, they scribble over huge sheets of paper and use words like self-determination, energy strategy and group agreement.
However, Transitioners are choosy about what they eat. They don’t just eat anything. If they, by any chance, get their food from a shop, they always read the labels to make informed decisions. But they are usually found prowling on farmers’ markets. And even more often they get hold of the ingredients of lunch in box schemes they themselves set up or from their own garden. They like eating together. They organise a meetup as an excuse to have a hearty meal with their kind. The Hungarian population (Transitionicus Hungaricus) prefers to share home-made (or artisan) food with the others on these occasions. This is a kind of Hungarian picnic. According to scientists, this behaviour is highly typical of Hungarian Transitioners. 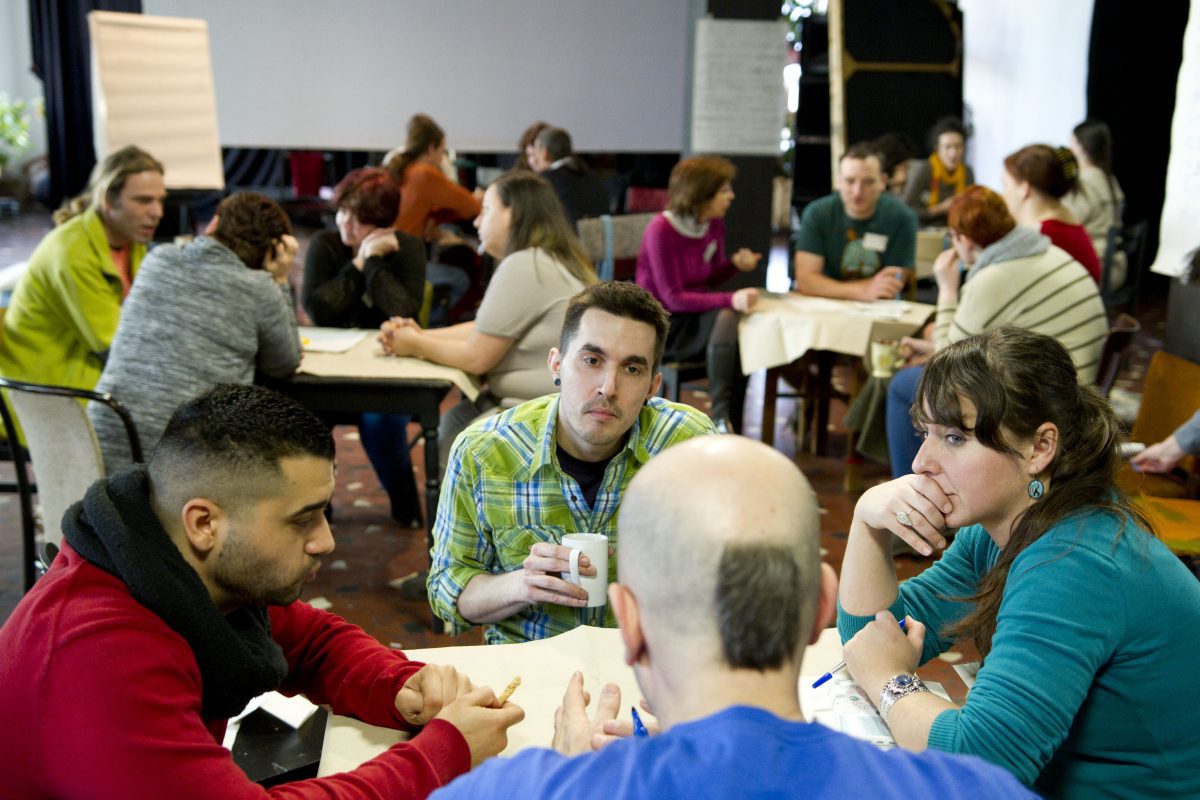 An even more interesting variety is the fresh-off-the-boat kind of Transitioner. It is a subspecies of newcomers. Its weirdness borders on the extremes.
The original meaning of the word “newcomer” has changed and is now a synonym for “restarters in the countryside”. It includes specimens that get tired of city life and exchange their IKEA design city centre studios for shabby adobe farmhouses, keep traditional Hungarian herding dogs like the shaggy Puli and tend to reap the hay early morning. Which is obviously not done by proper country people nowadays.
If such a specimen moves into a village, the number of languages spoken suddenly increases by two. If he/she also has a partner, the number of degree holders (the vet and the vicar so far) will double. This will not save them from making a laughingstock of themselves if, say, they enter the pub. Because nobody else asks for coffee and soda water – just proper drinks.
The newcomer Transitioner is a determinate variety: their appearance already determines their fate – everyone spots them at once. They try to master mimicry – in vain – by wearing work pants or wellies. Their dreadlocks, scarfs, spectacle frames or manicure will give them away. 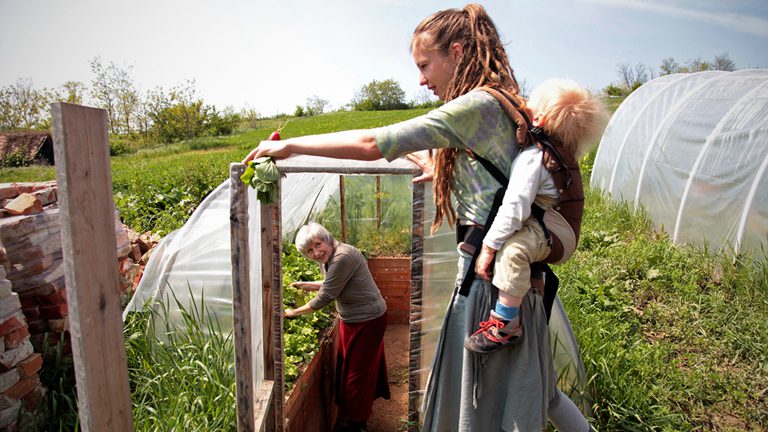 There are some who move into a village in hordes – into a village where everyday life has so far been tranquil: everybody waited patiently for the farming subsidies and raked under the fruit trees so that the garden looks well-kept. And then these folks arrive: they knead bread in a wooden tub, the women wear long skirts and the men use scythe (!) to reap the crop they have sown by hand (!) and they even talk about compost toilets! They seem to be going back to the stone age, when everyone else strives for flush toilets, sewers and air-conditioned mowers, don’t they?
There is growing suspicion when the newcomers go on to buy plots and land and get to occupy half of the village and the surrounding farmland. Do they want to found a republic or what?
The Hungarians are traditionally wary of any incomers; it only adds fuel to the fire if they come in droves and everything they have – literally everything – is different: their cows, their backyards, their lands, their fruit trees, their cars, their songs and even their way of walking! 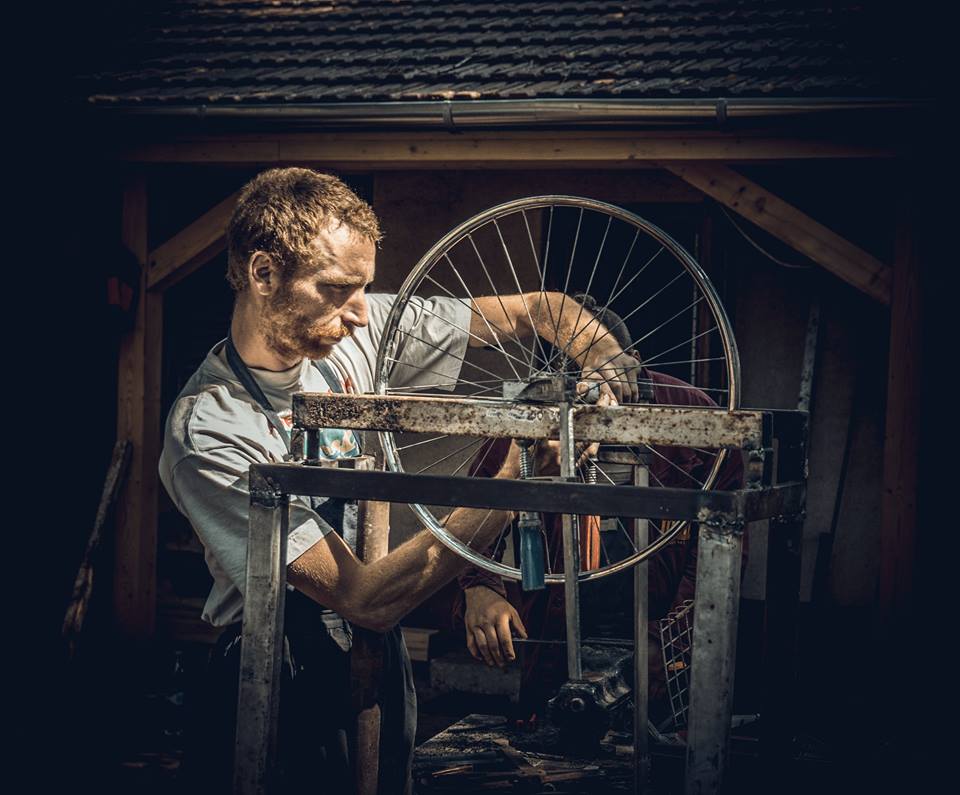 The ninjas of the sand

They are only slightly different from the previous variety. They penetrate the sunny sandy dunes slyly, one by one and then, here we go, suddenly you see that they haven’t even taken roots but are already cooperating. Their farmhouses blend quite well with the local folklore: the dilapidated houses and the charmingly cluttered yards could even be mistaken for local. However, this cooperation thing is utterly alien.
In the suburbia

No-one knows if it is some hereditary disease or the result of persistent training but Hungarians can also differentiate between natives and newcomers in towns. Transitionistas of a neighbourhood called Wekerle of a suburban district of Budapest also observed this phenomenon. But exactly what makes someone native is so far unclear – is it a criterion that his grandfather already kicked the ball here as a small child or is it enough if the family took roots here only fifty years ago? However, it is certain that there is a word for native Wekerleians. Fortunately, some mixing can already be seen here. Especially when they want to do something, something new. And what’s more, they even organise it. These folks have already put together a farmers’ market, a vegetable commando, composting and gardening projects, garage sales, a community office and who knows what else.

This article was authored by members of Transition Hungary 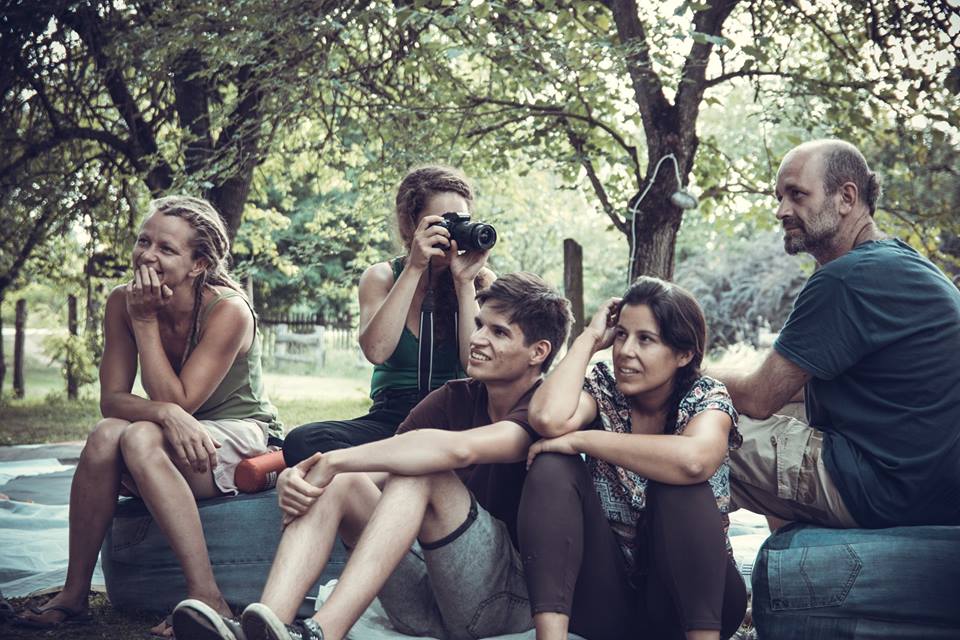