Saturday 12th July saw the first pilot Transition Roadshow take place, the Transition Northwest Conference.  And if the four subsequent Roadshows are to prove anywhere near as good, then it represents a great new evolution in how to celebrate and support Transition at the local level.  The conference was held at the University of Cumbria in Lancaster, hosted by the Institute for Leadership and Sustainability.  Transition City Lancaster had done wonders in pulling together the event, and their care and attention to detail was clear throughout.

While in the main the 120 or so participants came from Lancaster or from Transition initiatives local to the area, there were people there from as far afield as the US and Edinburgh.  The day started with Samagita welcoming everyone and outlining the day to come. 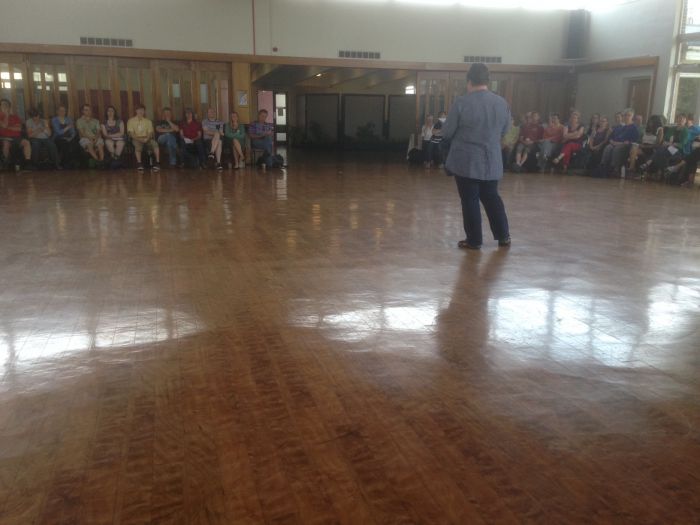 Sarah McAdam from Transition Network then introduced the day in the context of the other forthcoming Roadshows and recognised the amount of work that Transition City Lancaster had put in to making it happen.  We then did some mapping, getting people up and moving, looking at questions such as: 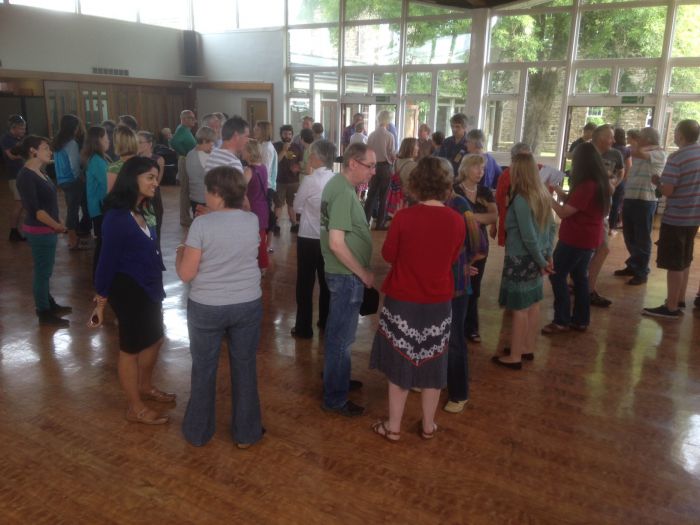 Then after a short coffee break, we broke up for the first session of workshops.  People could choose between:

I went to the one on community energy, facilitated by Kevin Frea, which was an excellent exploration of the issues around community energy schemes, the support available for them, and at which a North West Community Energy Network was formed (these Transition folks don’t hang around). 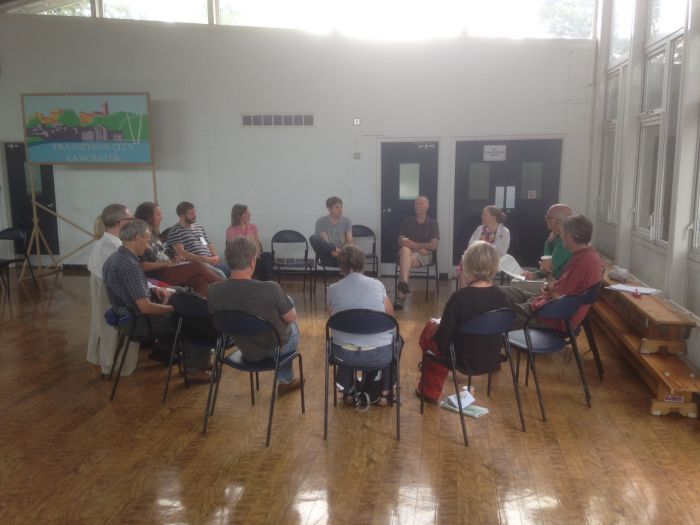 Then after lunch there was a second session of workshops.  The choices were:

I went to the workshop on cohousing entitled Tearing Down the Fences – Retroftting Any Street to Co-Housing. What Would it Take?, led by Cliodhna Mulhern of the Lancaster Co-housing project.  They recently built an amazing co-housing project, containing 41 units, to Passivhaus standard.  Here is a short film about it:

The workshop then focused on what it might take for any street to reinvent itself using elements of the cohousing model.  A very interesting discussion followed, starting with ideas like lowering fences and moving on to more ambitious ideas: buying clubs, car clubs and so on. 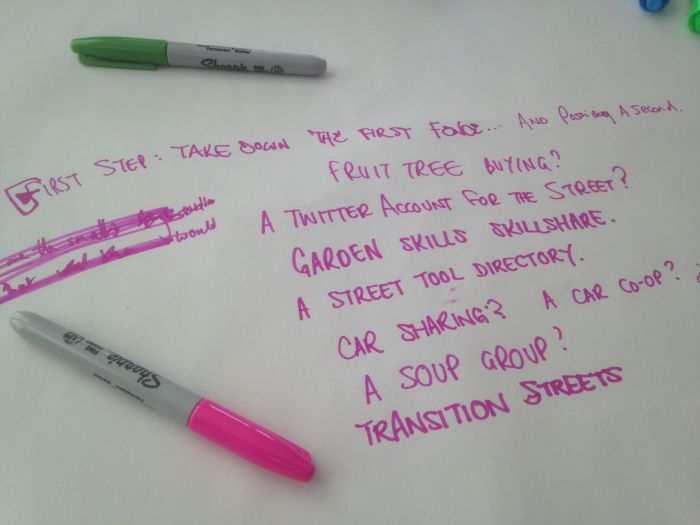 I only made these two workshops, but if you have a look at the conference’s own self-generated blog you will find some reports on other workshops too.  For example, there are write-ups on the Local Urban Agriculture workshop, the Transition approaches to Death and Dying workshop and the Sustainable Communities Act.

The last session, after a coffee break began with a talk I gave called Transition as a many splendored thing (see right), which gave an overview of what is happening in Transition and why what we are all collectively creating is so important.

After some discussion and questions, we had a closing session, facilitated by Sarah McAdam, reflecting on how the day was for everyone, before the day was then brought to a close by Kathy from TCL.

But that wasn’t the end!  That evening, in the View Bar at the University was food, followed by music and dancing from Howard Haigh and the Men of the Hour, getting everyone up and moving around, powered by a pedal-powered generator. A great end to a fantastic day. Here’s a couple of bits of feedback from the conference blog: 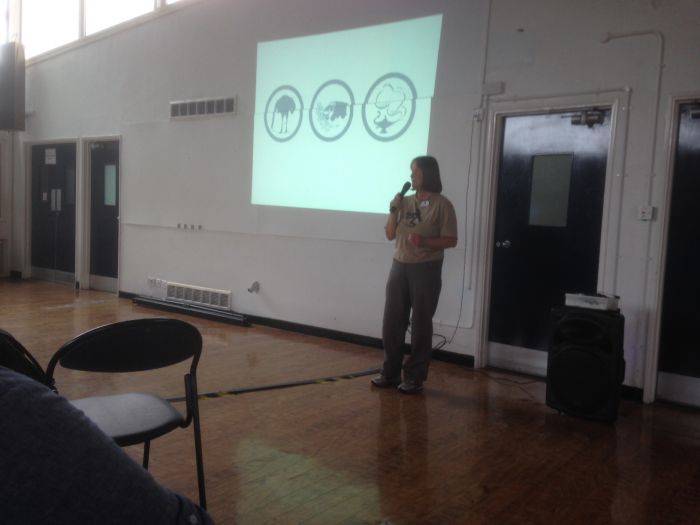 The next day there was the opportunity for people to immerse themselves more in some of the interesting stuff happening in Lancaster.  The day began with a Universe Walk led by Samagita, and then included a cycling trip to visit Lancaster Co-housing and the community hydro scheme, and also the Claver Hill no-dig community food growing project, or a walk to the Fairfield Flora and Fauna project.

The great thing about this Roadshow approach is that it is infused with the experience and enthusiasm of the host initiative.  While on reflection there are some learnings for the subsequent Roadshows, especially in relation to the running order and content of the day, it felt me like there is something very dynamic about this way of doing things.  It was certainly an event that left me renergised in the way that only spending a day with other active Transitioners can.  Our deepest thanks to the folks at TCL for all their hard work in pulling it together, and to IFLS and the University of Cumbria for hosting us.