Yesterday the deep configuration of the site was changed in a couple of momentous ways. There may be a bit of bumpiness while the site settles again, but it has been well worth it.

If you are logged in, editing a profile page, or a comment or something, and click on a link to a ‘non-secure’ page (http), and then try to see a ‘secure’ page (https), you may see an ‘access denied’ page. Do not panic – this is normal. Just click on your name on the top right and all will be fine. It’s the machine confusing itself. And us.

This is from Chris our systems adminstrator:

Varnish, a HTTP caching reverse proxy server, was set up to serve requests on port 80, in other words all http://www.transitionnetwork.org/ requests.

This has resulted in a dramatic improvement in speeds for people who are not logged in to the site.

For example the speed test application at tools.pingdom.com would previously fail to load the front page and all the associated images, etc in 30 seconds (the maximum time it’ll run for) — it typically managed to fully download about half the files in this time.

After Varnish was deployed the front page and all it’s associated files now typically loads in about 1.5 seconds!

This is a speed improvement factor of 20 times faster.

The other key change that has been made to the site is that now authenticated sessions are only available via https — while you are
logged into the site your connection is encrypted.

This makes the site a lot more secure, especially for people using unencrypted wifi access points, though it might take a little bit of getting used to for some users (if a logged in user visits the http version of a page they will appear to have been logged out).

And in another world:

Licorice, Ciaran (Bristol Pound)’s dog says he’s had a go faster system in place for years. Apparently, when Ciaran goes too slowly for Licorice (usually at the end of a long and hard ride), Licorice barks in the back… 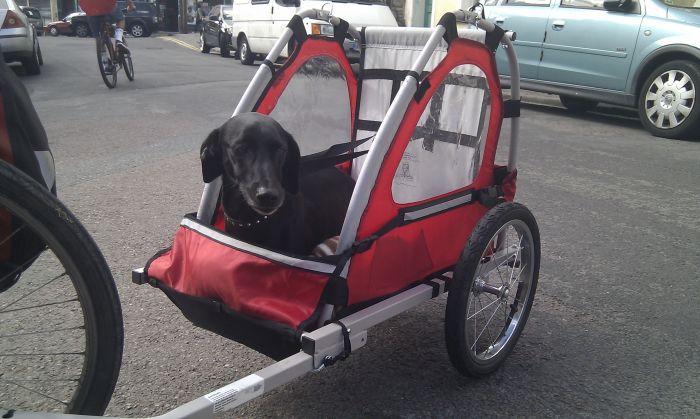