We are at the end of the two weeks of the COP 21 Climate talks here in Paris. I never thought I would get so much out of this event. A year ago, I thought, “Oh, great, another set of Climate talks. It will probably be like Copenhagen, a lot of hot air, huge amounts of CO2 emissions, and extremely disappointing results.”

Nevertheless, since I live in Paris and knew loads of people, including Transitioners, would be converging on Paris for this occasion, I got involved with the Transition Paris efforts to organize events, get-togethers, and couch-surfing. I was sure we would have a great time meeting new people and hearing about their initiatives and projects.

I wasn’t wrong. But I had not at all anticipated what it means to have so many people and organizations here in Paris, making their ideas and voices heard in whatever ways possible. I found myself swept away from the very start, in no small part due to the presence of Rob Hopkins and his agenda full of high-profile events and people, such as Vandana Shiva, Paul Watson, and José Bové.

As the two weeks went on, I met and learned from so many people about exciting solutions and projects, and heard some really new points of view about soil regeneration, peak oil and the influence of the financial markets on oil prices, and sail power to transport merchandise. 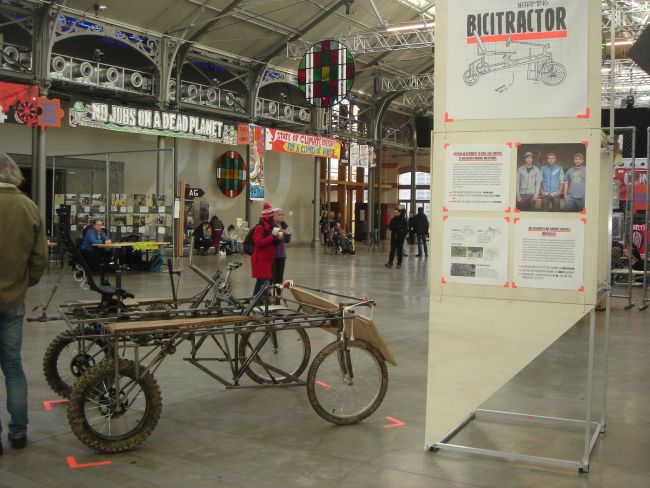 On the Transition end of things, we did our best to showcase 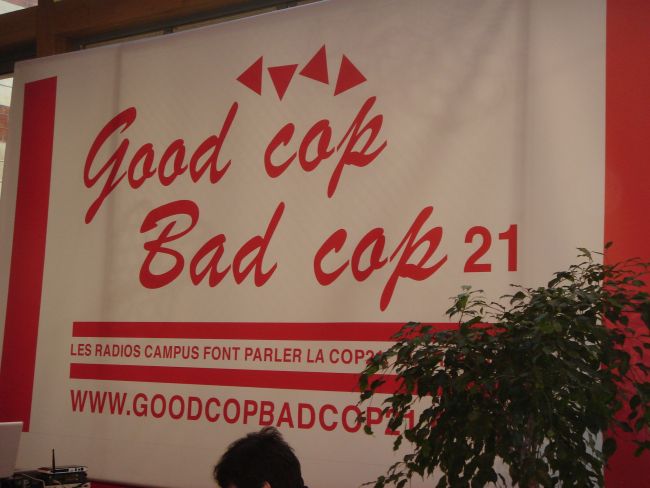 –          and Lara from Brazil, who described some of the work she is doing in the bairros in urban areas in Brazil and shared some very interesting tools for engaging with different people.

–          and also some hands-on activities, such as the Mend-a-thon, where six of us mended piles of clothing that will be given to charity. At one point, the Repair Café habit came out strong, and we broke into an impromptu session to repair an iron. 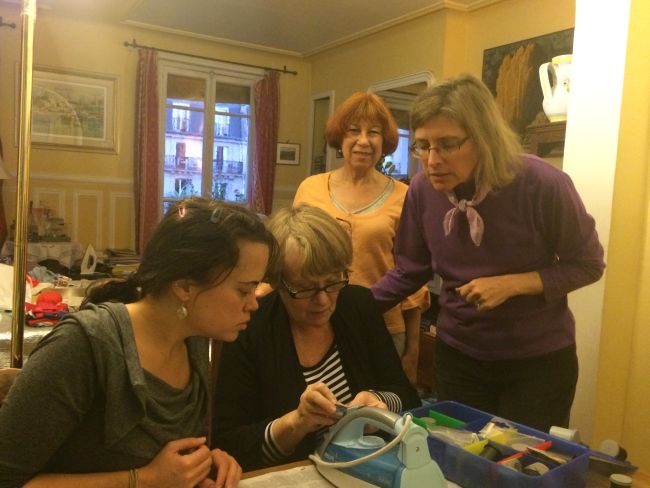 What really hit me, after only a few days, was just how many different organizations had converged on Paris and what an enormous pool of passion and energy is already at work on solutions for our beautiful planet, here and all over the world. I feel very grateful to all of these committed citizens, and it feels like there is hope for finding our way forward, whatever the result of the official negotiations.