In which Sara, Pedro and Deborah, the new Transitionese team working on a project to expand the International Transition movement’s translation capacities, introduce themselves and the tools they will be using. And ask for support through a survey.

Following-up from the call sent out by Transition Network in November 2015, a team of three people has taken on the job of supporting transitioners near and far in improving local, national and International capacity for translation. The movement is now spread over 50 countries, and all sorts of fascinating material (texts, videos, books, reports… video-games, anyone?) is being produced daily over the world. Some of that in languages written left to right. Some in languages written right to left. Some in alphabets. Some in ideograms. And most of if by very busy people who, we like to imagine, might catch an inspiring story in between a meeting and a session of sowing seeds in the soil of far-flung gardens.

In lovely synchronicity, our work begins at a time in which the topic for the Network’s blog is “International”. So let us take the opportunity to introduce ourselves, share some thoughts on what we’ll be doing and open a channel for anyone interested in contributing.

The project will be coordinated by Moving Cause, a Portuguese non-profit association whose mission is “to mobilise concrete utopias”. 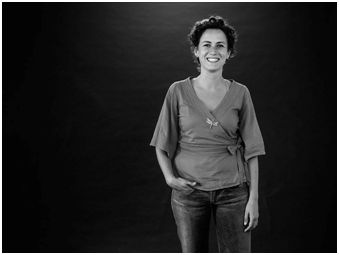 The association was founded back in 2009 by a group of women invited by Sara Moreira, who joins the Transitionese project after more than 5 years of experience as a translator and community manager of grassroots initiatives. She has worked as an editor for Global Voices, an international citizen media platform that reports on online social mobilisation around the world, in 35 languages.

Sara is an unconventional software engineer who is passionate about collective action for social transformation. She lives in Porto, Portugal, where she is or has been involved in several bottom-up collectives acting on solidarity economy, permaculture, feminism, post-digital media and community radio.

“We want the ideas and experiences that support the Transition Movement to get to the four corners of the world… Translation obviously has a very important role in achieving this! In its core, this project is all about giving access to information and enabling a ripple effect – one where ‘glocal’ initiatives aimed at rebuilding resilience begin to multiply all around the globe.” 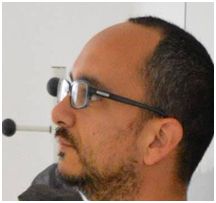 Pedro Portela is a 35 year old mechanical/aerospace engineer who’s joined Moving Cause in 2015. His main interest is the study of collaborative, participatory projects and organizations. Pedro is now building the grounds to support start-ups, organizations and individuals, find their way in the complex, volatile and uncertain 21st century.

”I am fascinated by the search for the right question to ask in order to solve a specific problem. I am very eager to get involved with the worldwide Transition Community and find out what we don’t know yet about how to approach the issue of spreading the message of Transition in various different languages”

Deborah Rim Moiso is a translator from a family of linguists and has been in the Italian Transition Hub as a facilitator and trainer since the early days. Her home is in Perugia, central Italy, where she manages an olive grove and facilitates an ever-growing number of local community meetings.

She has translated books on Permaculture into Italian, as well as doing a good measure of volunteer work with subtitles and articles flowing to and from the Network. And, memorably, was interpreting for Rob Hopkins the day he was met by a brass band in Ferrara!

“The phrase I’ve been holding in my mind for this project is Celebrating Linguistic Diversity. I am excited by the idea of engaging with people throughout the movement to create something relevant and useful. I hope this project can contribute to the emergence of a mosaic of languages, cultures, and approaches to transition”.

We have given our team a name, “Transitionese”, in recognition of the fact that there is an aspect of linguistic play and language creation at work. What would we call a “language of Transition”? Does it have any native speakers? Where is its dictionary? 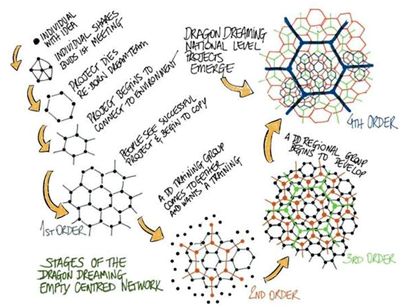 The framework under which we want to work is called Dragon Dreaming – a collaborative and holistic project design and management process that guides a group of people that share a common Dream through a four phase process – Dream, Plan, Do and Celebrate.

In the wheel of Dragon Dreaming, the dreaming phase is a magical moment. Energy levels rise as a talking stick passes hand in hand, collecting everybody’s highest hopes, auspices and expectations for a project. This team will be working remotely, but we feel that that energy can be collected even throughlong-distance media. So we are opening an adapted “Dream Circle”: in the coming weeks we hope to hear from a wide array of people throughout the movement.

Do you have a translation story to share? A linguistic disaster to celebrate? Experiences with things that went really well (or really badly) that could inform our work? A dream or vision of what a more multi-lingual transition could look like? We’ve come up with some questions to collect ideas with the aim of fine-tuning the project to match your actual needs for translation and communication. Please contribute to our survey, up until the end of March at this address.

If you prefer other forms of communication, want to schedule a skype meeting or just let us know you’re interested, we have a brand-new email to inaugurate, so drop us a note at transitionese@gmail.com. We will be publishing regular updates as the project progresses, both in terms of “what” we are doing and covering our experiences and reflections on the INner side of “INternational”.