Transition Town Brixton (TTB) have just published their Rethinking Lambeth’s Local Economy report, the third in the series of Economic Blueprints/Evaluations that began with those produced for Totnes and Herefordshire.  As REconomy’s Fiona Ward puts it:

“Collectively these 3 pilot projects have contributed an enormous amount of learning about one way to go about transforming our local economic systems, when facilitated by a Transition Initiative in partnership with local stakeholders”.

Brixton’s was the first time this approach had been applied to an urban neighbourhood.  I talked to Duncan Law, one of Transition Town Brixton’s founders and one of the key authors of the report.  I started by asking him what were the key learnings from the report?

In summary, he told me, Lambeth (Brixton’s London borough) spends £517 million a year on food, of which 93% (which is just below the national average) is spent in supermarkets, of which 90% goes straight back out of the area again.  It’s not that money coming into the area is the big problem.  The report found that 68% of people work outside Brixton in a professional capacity, so there is money coming into Brixton, the problem in retaining any of it in the area.

The report estimates that if just 10% of what Brixton spends on domestic shopping could be spent locally it would bring a £60million boost to the local economy, what it called “a multi-million pound opportunity for Lambeth”.  Money spent in that way also tends to cycle locally up to 2-3 times more, thereby doubling or tripling the value of that £60 million. 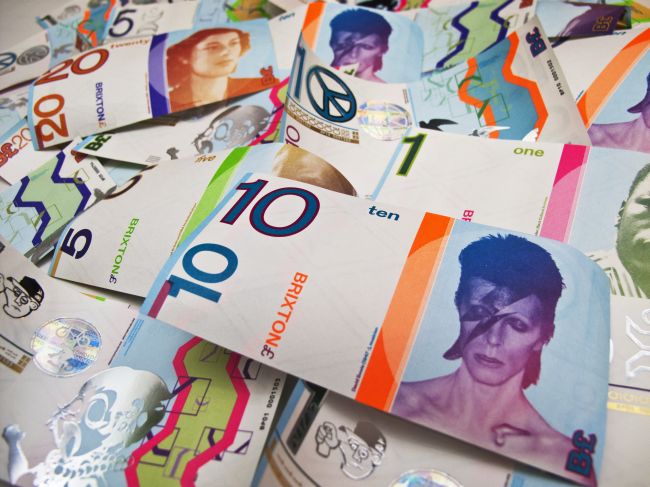 £60 million is also what Lambeth spends on gas and electricity, and although it is more difficult to localise, initiatives such as Brixton Energy are showing what is possible in an urban context.  Most of the heat that that energy generates pours out through poorly insulated homes too, so the report also identifies the potential economic benefits of a retrofitting programme.  Investing in reducing gas bills would also lead to falls in carbon emissions as well as adding resilience to the local economy if combined with the use of local tradespeople and training young people with the right skills.

According to Duncan, the process by which the report was created was less than what he would have wanted.  A group of local stakeholders were invited to discuss the project and agreed it was a useful thing to do.  The small REconomy team then embarked on the research on which the final report was based, but working without a broad coalition of groups supporting the report’s creation, as was the case with the Totnes report.  As Duncan told me, “bits of it were quite lonely to be honest”. 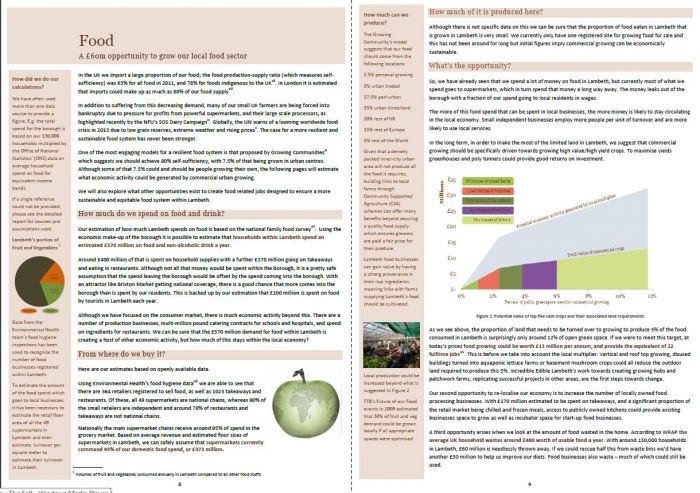 The final report is seen more as something to draw together groups already sympathetic to the idea and provide a platform for co-ordinated working, rather than a coalition of all the main local stakeholders.  So what, I wondered, does having done this Evaluation make possible?

For Duncan, the key thing is that is enables “consideration of the idea of “local is better” as something that should be factored into any big planning the local authority is doing”.  In the run up to the report, a ‘leaky bucket’ workshop was run which he describes as being a “game changer”, with lots of people being startled by the economic flows in and out of Brixton, and “the free value that is to be had by doing things locally which makes it worth trying to”.  But this new report matters because unless an economic case is being put in front of the local authority, they will continue with business as usual, with what they know. 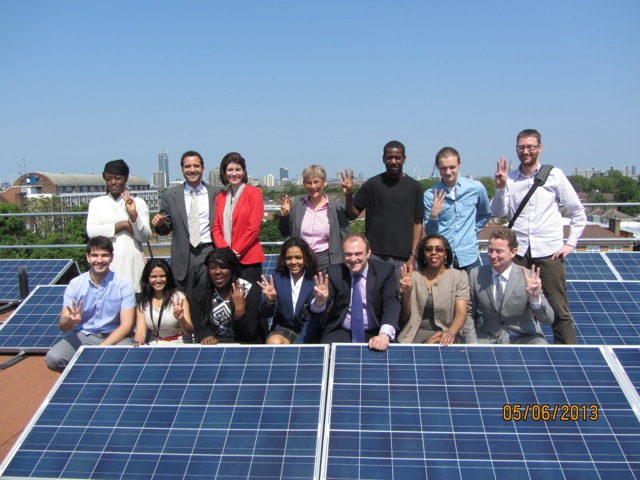 For Duncan, it means that there need to be some early successes, and to use those to be able to build resilience and capacity in the sectors of the local economy that are already working in sympathy with this model.  As a follow-up, there is the desire to survey local businesses to get a sense of what it is that makes life difficult for them.  The idea is to try and get those businesses working closer together which would mean that as a more united force they might be able to bid for bigger contracts like schools, hospitals, prisons and hotel catering.  That kind of scaling up starts to look possible in the light of the economic case made for it in the report.

It also brings to the fore the whole question of training.  Duncan uses the term “future appropriate jobs” to describe the kinds of trades that emerge from the report, such as retrofitting skills.  He told me that “rather than training people to write better CVs and do better nails”, we need to providing training that is appropriate.  But there’s a Catch 22.  If there are no jobs, the local colleges won’t offer the training, but if there’s no-one trained, there is no-one to do the jobs.

As a way of breaking this logjam, Duncan suggested one example of how this report could start things moving.  In the south of the borough are lots of detached Victorian houses, which are very expensive but hugely energy inefficient.  If it can be shown that the value of those houses will plummet as energy prices rise and the houses become uninhabitable, it may be that the mortgage companies will come to see that they have a vested interest in retrofitting them.  If a local company could take on the work, working with apprentices from a local college, then things start to move. 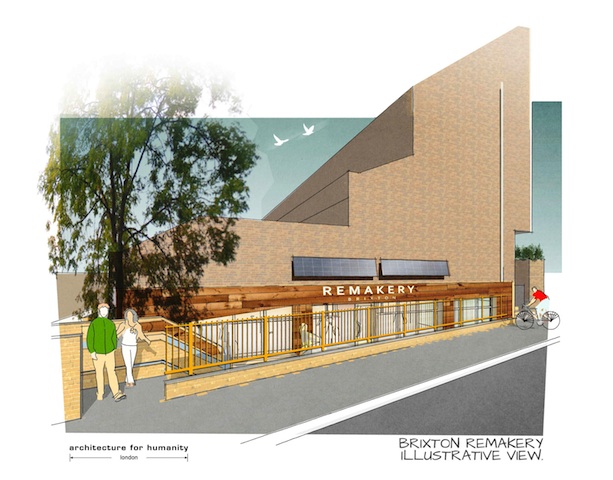 The Totnes and Herefordshire reports all focused on areas with rural hinterlands, the areas they covered including areas of farmland, whereas Brixton is a built-up urban area surrounded by other urban areas.  What, I wanted to know, does localisation mean in that context?

In terms of food, the aim is to improve the situation for local food businesses, improve the capacity for local processing, improve local purchasing, build on what is already happening.  There are already the beginnings of a Patchwork Farm for Brixton which is already starting to galvanise people.

But what does “local” mean in a city?  “It doesn’t look bioregional, I suspect it will be more focused around arterial routes that will be able to survive into a more energy scarce scenario.  For example, if Lewes is on a direct trainline to Brixton and can send surplus produce by train, and there is some kind of exchange between Lewes and Brixton pounds … that’s the dream”. 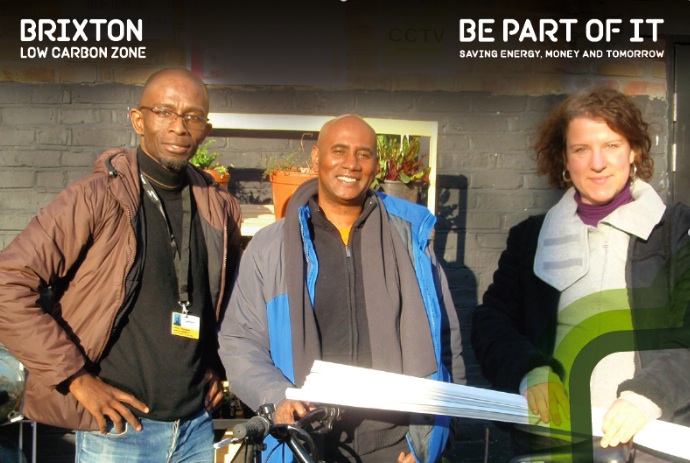 One of the key challenges for Transition initiatives doing REconomy work is that they are taking the role of a kind of complementary economic development agency yet without any of the core resourcing that the other organisations doing similar work take for granted.  Duncan has spoken before of the risk for Transition initiatives of “the doughnut effect”, where all the energy goes into the exciting social enterprises and projects, which are more likely to attract funding, whereas the core, which holds it all together, struggles to be resourced, leaving a hole in the middle.  What difference would it make, I asked Duncan, if Transition Town Brixton were to be funded in some way to carry forwards the findings from this report.

Oh, it would take off. It would take off. If those of us who are passionate about this could spend more of our time following the leads that that passion throws up, we would be able to have a seismic effect on the direction of Brixton.  As it is, for me, I haven’t got time to build on the REconomy report.  I could be doing it full time, and I would if I could, and we would be able to achieve everything that we set out in that report, if we could just get 3 or 4 people working on it for a sizeable chunk of their week.

My last question was what his advice would be for any other Transition groups inspired to do something similar.

The key thing, he felt, was how important it is to have a Business and Livelihoods group, or REconomy group which can act as both a focus for this kind of thinking, but also as a unifier for the group, laying out the benefits of all the disparate things the group is doing.  The question Duncan is left musing on after the publication of the report is just what an injection of £60 million in the local economy would mean to life in Brixton?