In our second guest post from Gergő Benedek, he explores a city community trying to invest in renewables.

Wekerle is a unique neighbourhood, situated where the outskirts meet the edge of the Budapest , Hungary. The square-shaped residential area is a protected heritage site, an unlikely ‘garden city’ experiment, built at the end of the XIXth century, and home to the country’s first and one of the most active Transition Town groups.

In this article, we review what kind of obstacles a Hungarian city community is facing when its residents want to invest in renewables, and how do they imagine their role in the planned nuclear future of the nation.

‘You can’t rebuild, you can’t change the tiles, can’t install shaders, especially not on the facade.’ – says Ms. Ágnes Lőrincz, a founder of Energiahatékony Wekerle (Energy Efficient Wekerle), when we start to talk about how they are utilizing solar, and other clean technologies in a neighbourhood that has been designed for worker families, by engineers who envisioned the future to be industrial, powered by the coal and oil revolution, little more than a century ago.

‘If the panels are unseen, however, you are allowed to install them. It was only a local rumor, that solar is basically prohibited because of the Wekerle being a heritage site.’

‘When I asked the architect committee about how could we include solar in the local regulations, their professional argument against it was that the panels are ‘ugly’.’ – says Lőrincz about the rocky start.

‘So now that the rulings are changed, the roof planes that are perpendicular to the facades can be covered by solar panels. There is a guy around here who is not using gas anymore, he switched his heating system to a heat pump which he powers with the electricity generated by his solar panels. Many others tried to mimic his success. It turns out that a good 75% of people who try to follow his example don’t really think it through. You don’t really know your own energy needs until your flat is thoroughly insulated and your doors and windows are replaced by modern ones. People just get overeager when they see an example in their local area.’ 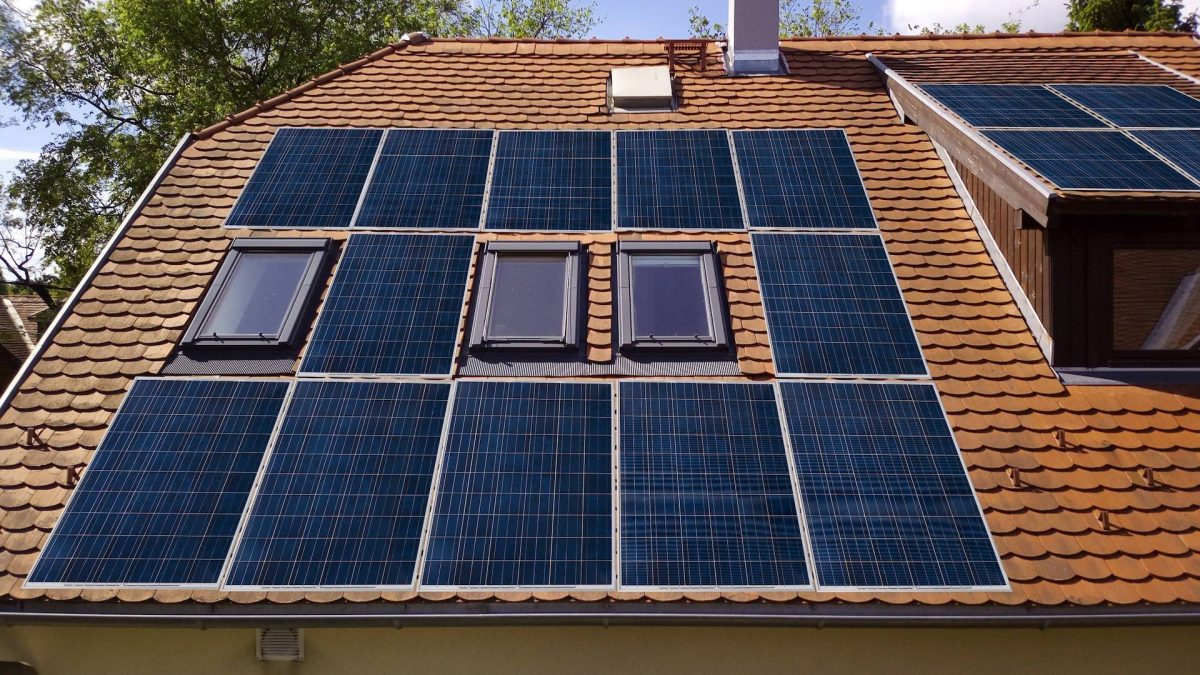 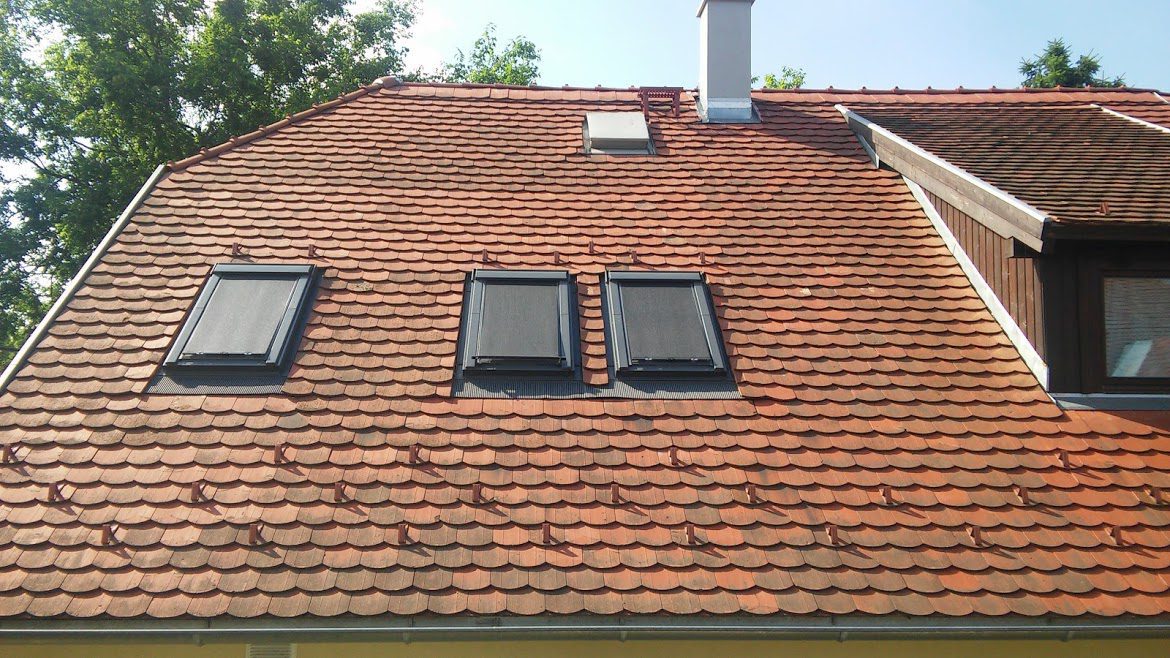 The flashy new installments and the nullified electricity bills have a strong pull effect in any local community, but Ms. Lőrincz says, the idea of energy independence is also becoming more popular, due to global events and trends.

‘Battery technology is improving as well, so more and more people think about what could happen to them if they lose their energy supply? What if the Russians turn off the gas?

The problem is people here simply don’t really have the money currently. The way I see it, people rather spend it on a vacation, because the future seems insecure. ‘

Ms. Lőrincz doesn’t think investing in household renewables in Hungary is particularly hard or overpriced, it’s simply not a widespread thought yet.

‘When I did a research for a presentation on local energy efficiency, it occurred to me that it doesn’t seem like the Hungarian State is unwilling to invest in renewables. It’s just not written on our flag. The State is under the pressure of the Russian sphere of influence, while it is also directly involved with Western democratic systems and technologies. I think there are vast global changes to come, and for our State, it’s a balancing act. It really feels like the government chose to look the other way. They will not support renewables openly, but they won’t stand in the way either, if a local citizen wants to use them. I’m positive that anyone, who really wants, could even build solar power plants under 500 kw, and utilize bank loans. The electricity providers are bound by law to buy the energy generated by solar. The government can’t swim against the tide and can’t block renewable investments, because that would be against the interests of its own business circles as well: for example the latest industrial solar competitions have been written to favor MVM, in my opinion, so the state energy company will build solar power plants in 100 Mw capacity. There are already four geothermal power plants in the country, providing local household heating, which is a classic example for community usage of renewables. So, in my opinion, you can’t see any serious policymaking attempts to hinder the spread of renewables – it’s simply not vocally endorsed or supported. Currently, it’s more about the philosophy of convenience, a national characteristic – we, as everyday people are not willing to invest our own money in this, instead, everyone is asking: when will the grants open? when will it be subsidized? then, I will buy. I’m not replacing my old, inefficient heating system until I get paid to do so. Why not? I mean, it’s our energy, so it’s our interest, it’s not about others.’

Promotion, subsidies and support was needed in those countries where residential renewable usage went up in the last decade – Hungary is not one of them yet, quite the contrary, the government signed a contract not only to extend the lifetime of the nation’s only nuclear power plant, but to also build a brand new one. When asked about Paks II, Ms. Lőrincz is not enthusiastic: 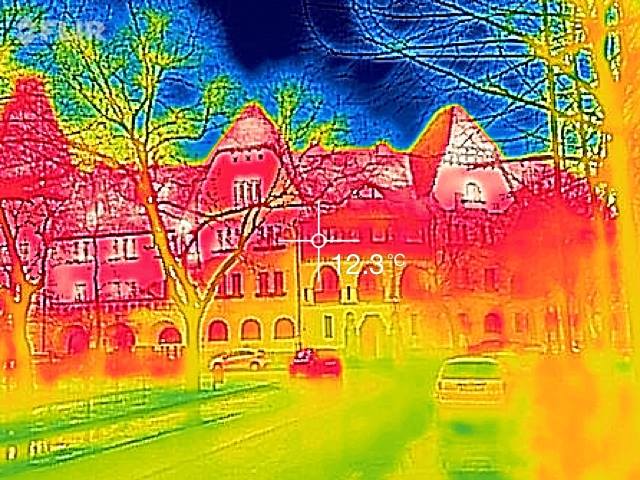 ‘What do I think about Paks II? What I think is that we had a malfunction (there has been a shutdown few days before the interview, but there were other malfunction events in the past years as well)  I think that it’s located on an area which is not exactly tectonically stable. I consider myself as someone against nuclear power. One of my favourite books is Small is Beautiful. I always get sad when I think about how we ended up here. The problem is that policy is, and always will be, lagging behind technology. We can’t adapt fast enough, and people are not used to changing legal frameworks as often as the surfacing of new technologies would require. Nuclear technology really feels like the efforts of that guy in the Sixties, who researched, through all his life, how humanity could provide its food without animals and plants as resources. It turned out to be a dead end, of course. Industrialization can’t solve everything so easily.

But until there’s only a big concrete box being built, we are not late with anything. It can be stopped. Policies are policies, nothing more than that. It can change anytime.’