Thanks to Anne and Blake for sending me this – an account of their research into how inner Transition is integrated within initiatives in Canada.

Recognizing Position and Place: Lessons from Inner Transition in Canada

Inner Transition is arguably central to larger Transition philosophy, despite the short shrift it gets in many Transition initiatives. Our minds and hearts are intertwined with everything outside of us, and the deliberate external changes Transitioners seek have their counterparts on the inside also. People often come to Transition through the acknowledging a deficit of some sort in their lives. Many of us yearn for community, a connection with the land, and a greater measure of self-sufficiency, simplicity and interdependence. Wendell Berry, in De Young and Princen’s Localization Reader, laments, “The industrial mind is a mind without compunction; it simply accepts that people, ultimately, will be treated as things and that things, ultimately will be treated as garbage.” Countering dominant cultural stories that social change is either unlikely or the domain of scientists and heroic figures, Inner Transition re-energizes Transitioners’ ideals, hopes, and priorities as individuals and as a group: re-articulating goals, recognizing needs, and fostering connection.

The research team of the Transition Eme

rging Study, based at the University of Toronto, in Canada, has spent three years tracking Transition’s emergence in the country, to better understand how grassroots social movements respond to environmental and economic challenges. Through in-depth interviews, document review, a Web Scan, and immersive Dialogical Workshops, TES has explored the emergence of Transition as a developing, subversive social project. Inner Transition, in our original  2013 Web Scan—a survey of all Transition activities in each initiative showed that Inner Transition was the least frequent of all event focuses—totaling 0% of all events. So, even if Initiatives were planning activities that included Inner Transition, it was not stated as a sole focus.

If organized groups of people collectively undertaking Transition work that inherently undermines our growth obsessed, oil-addicted society through practices encouraging resilience by reconnecting with our environment, communities, and ourselves is a subversive way of life, then Inner Transition may be Transition’s most insurgent aspect. Its role is central, but its execution is mutable and indistinct, with the ability to be enacted in countless ways. This idea was explored during interactive, weekend-long Dialogical Workshops conducted inVancouver,British Columbia, andGuelph,Ontario, respectively.

Due to Inner Transition’s complex nature, the TES team made it one of the three key themes at these workshops. Gathering Transitioners from central and western Canada, we used Labonte and Feather’s Structured Story-Dialogue Method to create an environment that facilitated peer-led participatory analysis of case stories generated and written by participants. Participants shared stories and collaborated to turn their analysis into a cohesive text, or as the workshop method calls it, a theory note. The prepared narratives encompassed a range of emotions and experiences through a reflective lens.

We came to understand several things about Inner Transition. While some initiatives include Inner Transition as something of an afterthought, a fleeting interest, or a one-time event in partnership with another organization, others integrate it regularly as an ongoing collective project. TIs may have a Heart and Soul group, arrange workshops, hold parties, or formally arrange occasions to share anxieties or concerns. In our Founder Interviews, the goal of intentionally organizing events that dealt specifically with Inner Transition was seen as a way to boost group morale and strengthening inner group process through processes like self-analysis and deep listening. One Founder described an initial Inner Transition meeting as “high-jacked” by becoming “very political”, yet benefits to communication and sharing ideas have emerged with additional Inner Transition events over time.

For Dialogical Workshop participants, Inner Transition meant finding a balance between the head, heart, and hands—valuing what happens internally during Transition Work as much as what is happening externally. Acknowledging that this work can feel demoralizing or difficult can be one of the most challenging aspects of Transition. The need for self-care emerged as paramount. In the face of significant obstacles to community-wide change there is a danger that Transition founders burn out, and it was acknowledged that at some point, founders may need to step away and acknowledge, “I can pull back and I’m still doing more than nothing.” In a movement that pulls together with the purpose of inspiring and enacting positive impact in the world, voicing concerns or expressing lapses in confidence can be intimidating or seen as too “touchy feely” for some. Further, learning to confront and challenge popular beliefs that stifle change with fear or cynicism is one way that founders described Inner Transition work as valuable.

In the Canadian context, the issue of diversity was discussed at length in our Dialogical Workshops. Part of this is acknowledging that European settlers, as a longstanding legacy of colonialism, are living on ‘stolen land’, and that our large urban areas are rapidly diversifying with new migrants from around the world. The imperative to build bridges across Indigenous and non-Indigenous cultures, while also becoming more aware of the sacredness of all life, thus emerged as an important part of Inner Transition. With this comes the value of interdependence, valuing differences, and equity. As Transition work has the opportunity to create greater equality and a joyful reciprocity, the ability to accept ourselves, and each other—in all our complexity—plays a large part in Inner Transition. The inherent value of every person’s assets, even those who may be broken or undervalued, needs to be intentionally embraced as part of building a supportive and cohesive community. The most diverse organisms are the most resilient, and this ecological truth was seen to also apply in the realm of the social.

The importance of taking time to foster connections while also taking care of ourselves to prepare for inevitable challenges in the present and ahead was central to the stories, interviews, and group discussions we conducted. Inner Transition is an enterprise that takes into account situational horizons that may seem remote or incidental, encouraging people to ask themselves questions that may be uncomfortable. As a result, Inner Transition is occasionally overlooked in favour of more immediately ‘practical’ undertakings, reinforcing an observed and acknowledged division in many Transition Initiatives between “doers” and “talkers”, but for Transition Initiatives looking to foster a kind of community resilience that is equitable, inclusive, nimble, responsive, caring, and cohesive, Inner Transition efforts are a necessary place to start. 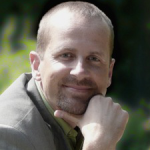 for more information about the research, the team and the workshops.