This is the first blog from guest editor Helene Oakley. Helene will be writing on the theme of “Transition from the edge and in-between”.

The closets we live in and the personal work of transition.

As guest editor over the coming weeks I’ll be curating my blogs on the themes of gender, sexuality and power. These are very personal themes to me featuring heavily on my own story. It’s why I want to write about them. And they are huge themes, too. They are part of our collective experience, running on tapes and reels within each of us individually, socially and culturally. Together, they make a great storm of a theme.

It’s why I’m a little terrified to write about them.

But there is a burgeoning conversation in these times on gender, sexuality and power. These are themes that want to be talked about. The conversation itself isn’t new, it is certainly rich and richly intersectional. And it is becoming more audible and visible in the mainstream, pushing at the seams with new and myriad modes of expression. So it’s with a lot of gratitude that I take this role to contribute to the conversation.

It does, however, mean one thing: it means coming out of the closet, again. 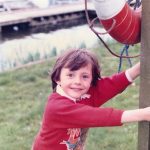 In 1988 at the age of nine I moved from a small village in Staffordshire to Cardiff. I had begun from a young age to question my gender, but here for the first time I found myself scrutinised about it in that direct but impersonal way of children. Flung a bit like a blunt object, the question “Are you a boy? Or are you a girl?” would sometimes come bouldering down the street on the shouted chants of two little girls I didn’t know, inducing no small degree of sudden shock, humiliation and shame. From the outside, my response was to simply walk on, but on the inside a turmoil of frozenness and fireworks wrangled my heart and mind as I struggled with the accusation behind the words as well as the impossibility of a simple, honest answer.

Are you a boy, or are you a girl? The first question asked about any newborn didn’t feel so simple. 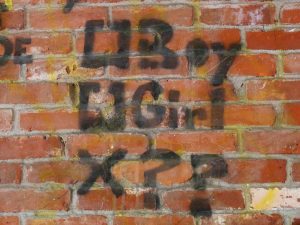 Looking back at the scene I can see my young self stunned in a moment of existential dread by those strange twins: exposure and silencing. To be issued with the demand that I explain myself – not just my appearance but also my sex and gender expression based upon it – meant experiencing early on something that many might not ever consider in a lifetime (but I would hazard might still be relevant). Namely, that the straight cut of the binary doesn’t always make for a neat personal fit.

In my case, I knew which sex I was born as (girl), but I knew which I wanted to be (boy). While living as my own expression as much as I could was in essence an effortless thing, it however also involved great vigilance and self-consciousness of the gender rules to help avoid moments of challenge, like these. 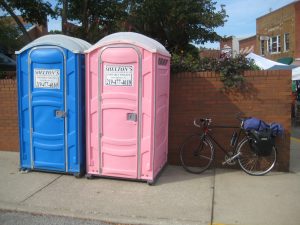 His hers mine – Charlie Vinz CC

Keen evaluation and alertness did a lot to help me navigate expectations and attention, but nothing prevented me from making the calculation that my misfit with the binary meant that I was in some way wrong to the core: an aberration (from the species), a fraud (as a boy, or as a girl). Indeed, to say I felt disempowered in those moments of scrutiny would understate something that I subsequently came to realise is common and pervasive for so many people in so many ways: in terms of the status quo not only was I disempowered but I had no actual power in the first place. Certainly none with which I could define my self-expression or self-identity outside of the normative language, rules and roles.

And so I learned resilience at a very young age. I also took silence and sculpted it as my survival shield against questioning, not speaking up much on anything but rather hiding in plain sight. What I might have admitted was that I was a “tomboy”. The word had been applied to me and it didn’t seem to convey worldly disdain, so it was a safe word. I let it name me. It also, helpfully, didn’t cover the whole truth, which I also knew but kept quiet about: the truth that I didn’t feel like a girl at all, and I just wanted wholly to be a boy.

As the current conversation on gender, sexuality and power is freshly revealing, mine was not a unique experience. Not only are there many people who have similar experiences taking them in any number of possible directions, it is many more again who face the obstruction of intolerance from the social, cultural and power status quo that relies heavily on our conformity much like an engine needs oil. In order for our global power systems to roll on unhindered, the structures of the status quo must cloak and colonise all its unique parts: us.

From my early life scenes, fast-forward fifteen years and see a young person exiting the closet of homosexuality with surprising smoothness. At twenty-four I had my first relationship with a woman, falling in love and feeling free to express myself for the first time in an intimacy I had always longed for but had fought against due to tremendous fear of social judgement and rejection. In the event, however, I was met with acceptance, tolerance and love – a testimony to my family and the friends around me then. The next ten years were bumpy and intense all the same, but one thing within that seemed secure: my “coming out of the closet” barely needed to be mentioned, since it had met with minimal fanfare or objection.

Or, so I thought. 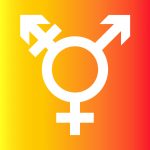 By all unlikely terms, in 2013 I enrolled in a women’s initiatory journey. It was unlikely since it was only then, aged thirty-four, that I tentatively began to see and accept myself as female-bodied and so to ask how the word ‘woman’ was relevant to me. It was a massive step after a lifetime of avoidance of my gendered social status and still deeply hidden and unspoken desires to be other-than-a-woman, plus the constant projection onto other females of what woman really is. Over the course of a year, the journey shed layers of protection, opened up long-dormant feelings, a shutdown body and, paradoxically, welcomed me in my story of not-woman in a way that nothing else ever had.

So much so that, by the end, I discovered I was still in the closet. Big time. But, now, the door had been blown right off the hinges.

In the years growing up, without a hint of a mirror to my feelings in relation to my gender or sexuality, I had folded my secrets and truths inwards and back on themselves so many times that I walked awkwardly in my skin and largely unknown to myself. The resilience I had learned early on had in fact been one of isolation and aloneness, shame and silence. It had been an individual resilience to stay on the straight and narrow of social conformity no matter the cost to me personally. If I couldn’t fit in exactly, I would make myself neutral and invisible and get on in the socially acceptable ways I did seem to match. For me that meant academically, and so I disappeared into my intellect and disassociated from my body, its needs and its desires. 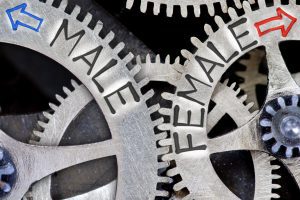 But by journeying into reconnection with my body and by receiving the mirrors of others I didn’t even know I needed, a world of suppressed feelings and beliefs and the very structures of my psyche were thrown into light like an amusement park switched on for the first time. The structures that began to shake and disassemble were in essence the inherited social and cultural power structures that from the very beginning I had never been able to conform to, but which I spent over three decades trying desperately to fit in with all the same: power structures prefaced on gender normativity and hetero-normativity, capitalism and colonisation. In the process I came face-to-face not only with my investment in this status quo and my fear of living beyond it, but with the fact that my very being was an agent of change that required active and political engagement inwardly if I wanted to affect any authentic change outwardly.

Skip a few more years and here I am now writing for the Transition Network blog as someone both on the queer margins and in recovery from an inherited addiction to conformity, social acceptance, privilege and power. As I, like so many others, claim my story of inner transition as my own and thereby make it matter, I am inspired to encourage others in theirs as an act of creative defiance and reframing the future. The resilience I am re-learning and which I feel is integral in these times of transition is one of embodied emotional intelligence and, as Alan Watts called it, “the wisdom of insecurity”. In the blog posts that follow, these themes will crop up time and again through different lenses of experience.

I see the Transition Movement as a creative movement built on the agency and transparency of people to come together in conscious self-interest for collective sustainable change, equality and resilience.

I see the Transition Movement as a creative movement built on the agency and transparency of people to come together in conscious self-interest for collective sustainable change, equality and resilience. I hope the pieces I will present will spark conversation and bring clarity to some of the ways the conversation on gender and sexuality seeks to transform both our internal and external structures with the same aims of sustainable change, equality and resilience. In the process I hope to demystify some language and expression that can seem divisive and personally threatening while casting light on the way some of our social norms are, unmistakably, being questioned.

More than anything, by sharing stories and ideas from the margins and in-between places of change, I hope to show the interconnections of our human stories and how together we might creatively and courageously step out of the closet of our inherited status quo before climate catastrophe, political and social collapse, and humanitarian meltdown push us out.