The story of how Transition Black Isle got started is told by two founder members, John Wood and Wendy Price, Ann Thomas and Maggie Price.  Our thanks to all of them for making the time to sit down and think back to those founding days.  “Hope it’s of some use, we enjoyed reminiscing anyway!” wrote Martin Sherring, who co-ordinated the process.

John: I feel there were probably a number of us getting interested in the idea of a Transition group about the same time.  My own story is like this:

I remember I was on the Cromarty Community Council then, and discussed with them the idea of creating a ‘Transition Cromarty’.   As a result of that the Community Council got Sheila Currie to give a presentation about it.  I also talked to other people here, including (Councillor) Craig Fraser who was very keen and gave copies of the Transition handbook to several Black Isle schools.  However the general feeling was that Cromarty was too small to sustain the energy needed, and all the active people were feeling burnt out (yes, I know, before we even started!).  So we started looking at the possibility of a Transition Black Isle.

With Anne Thomas, Maggie Dove and others a few of us had started Friends of the Earth Inverness and Ross.  I was also very involved in the Green Party (Branch Treasurer) and stood as a candidate in the council elections.  These activities seemed fine for those that want to get into politics or engage in campaigns but a lot of green minded people are not into either, but still want to make a difference.  It seemed to me at least that there was a need for a different sort of approach to engage those for whom either of these was unattractive.  Transition seemed to offer a possibility of genuinely grass-roots practical action that could make a difference in the local community. 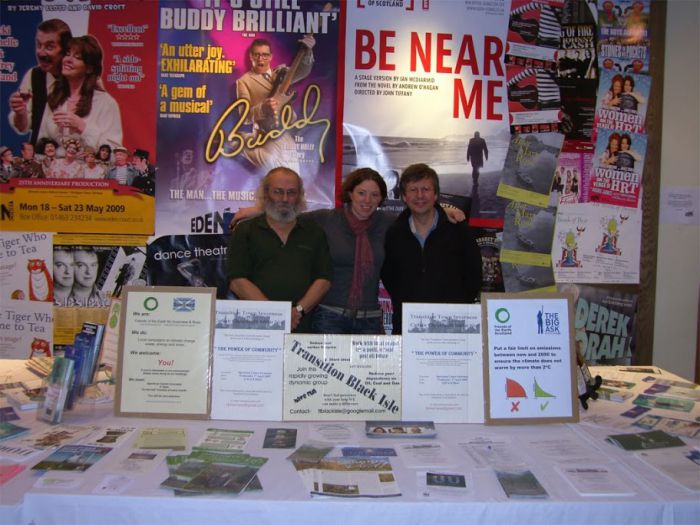 I think it must have been Anne who put Wendy in touch with me?  Anyway I remember a phone conversation Wendy and I had, that really kicked off the first public meeting at Glachbeg.  And it has developed from there.

I think the success of the group is very much due to the brilliant people who from different perspectives have come together to make it work, and keep on working.  We have been extremely lucky in the mix and the talents we have attracted, and the excellent way we have managed to work together over several years.  I think the group has a great future and am looking forward to that.

Wendy: From my own perspective I had recently sold my cartographic business and I was looking for a new and worthwhile direction. Two friends of mine had introduced me to the “transition “ model and it struck a chord with me in that it was so focused on the positive and on doing something local.  Although the three of us tried to get something going it was only when I spoke to John Wood that the whole thing really took off.  I can remember that John encouraged me to arrange an initial meeting which I did and in March 2009, 28 people arrived at Glachbeg to discuss setting up a group. It felt very scary as it appeared people wanted me to take the initiative and lead in some way.

If I remember rightly we continued to run it as an unincorporated association for about a year and our meetings were completely open with sometimes 15 or 20 round the table (a little unwieldy!) but when we started to get funding from the Climate Challenge Fund we had to become a company. Several members were very reluctant to take this step because it would inevitably mean a hierarchy, but I think it was essential under the circumstances. 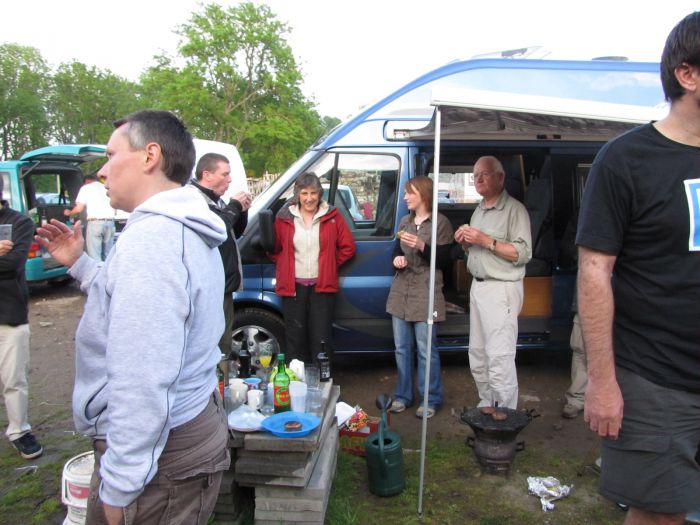 When I think back to those early days it staggers me how we’ve grown and what we’ve achieved and I agree entirely with John’s comments that without the diversity of talents brought by everyone, and their commitment to the group, none of this would have happened.  Reflecting, and this is a typical time of year for such things, it’s been delightful to see:-

Anne: A group of us set up a local Friends of the Earth group which did quite a bit of campaigning, particularly around the Climate Change Act and Copenhagen summit. I think I heard from someone in this group that there was a film show in Forres put on by a new Transition Group. I didn’t know what Transition was about but it sounded interesting. Someone mentioned that there was a woman living nearby who was going. It turned out this was Wendy and we arranged to share a lift. The film was inspiring, the group overflowing with ideas and we chatted both ways about what we could do in our area.

This led to inviting Carin Schwartz (from the new Transition Town Forres) to a meeting in Inverness which included a lot of Green Party and Friends of the Earth folk. There were people from both Inverness and the Black Isle and we thought we would start groups covering these areas simultaneously. The Black Isle group took off very quickly with 28 people at the first meeting. The Inverness group made a website, organised a couple of events but never really got going in the same way, mainly due to a lack of a sufficient core group with enough time and motivation.

My family moved up from London in 2006 and felt that we had a chance to make our new house really energy efficient so embarked on this project. We’re now carbon negative for energy. One of the first things we organised as a Transition Group was ‘Greening Homes and Gardens’. This came out of our newly set up energy group trying to find some way to share what we had all been doing individually with our houses. 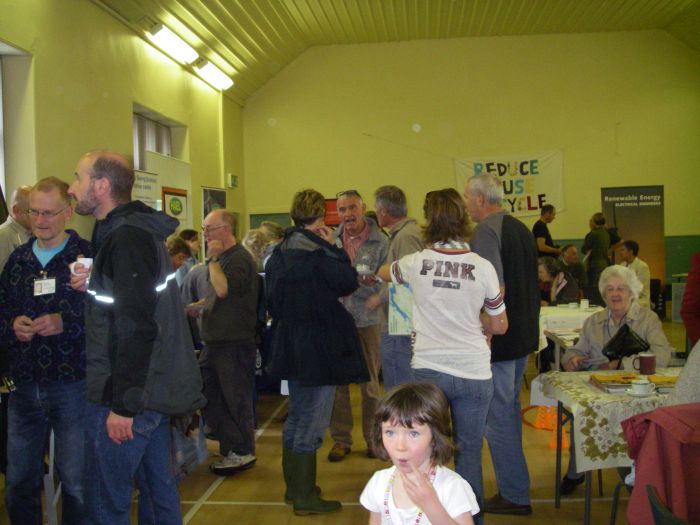 It was a steep learning curve but in collaboration with Ross-shire Waste Action Network and the Energy Saving Trust we pulled off our first event which attracted about 300 people and we opened 10 houses and gardens. This idea seems to have been copied a lot elsewhere and we have held further similar events either by ourselves or taking part in Energy Saving Trust ones.

Maggie: I had joined the Green Party but found that just politics was not quite my thing, then helped start a local FOE Group and enjoyed some campaigning – but still didn`t feel that was quite my forte.  Then heard that Wendy was thinking of starting a Transition Group.

Yes the meeting with Carin Shwartz was important.  I feel one of the most important things about Transition is trying to help people get involved in the projects or roles that they are good at and asking everyone for their ideas.

John: My ideas for Greening Homes and Gardens came from the Brighton open houses arts event which I thought could be adapted.  But others were also thinking on the same lines I am sure.  I think we were the first to do this though the Superhomes scheme and the Energy Saving Trust events soon followed.  I still think it worked really well and helped to engage new people with Transition too.