“I am not sure what it is you are doing but it seems like a lot of fun. Can I join in?” This was the message I send to the Edible Deventer group in the Netherlands after reading yet another article about their local initiatives: household garden courses, creation of an edible, decentralized carbon sink forest by the free distribution of hundreds of nut trees, picnics in the park and the creation of ‘façade mini gardens’ (even in the shopping centre!) were some of them. What appealed to me especially was the clever combination they made of doing practical stuff with in the back of their minds the need of mitigation for climate change.

Greening the city, making it edible at the same time and getting people from several neigbourhoods directly involved, was a golden formula, it seemed to me.  It had taken me at least a year to write this email to the Edible Deventer group. My project as an international consultant just finished and I wanted to get more involved with my local community. The answer to my e-mail, almost two years ago now, was more than welcoming. Apparently someone put me on a mailing list and in no time my in-box was flooded with messages. It was slightly overwhelming but one of the ‘Edible girls’ assured me to just pick-out ‘whatever makes you happy’ and ignore the rest. 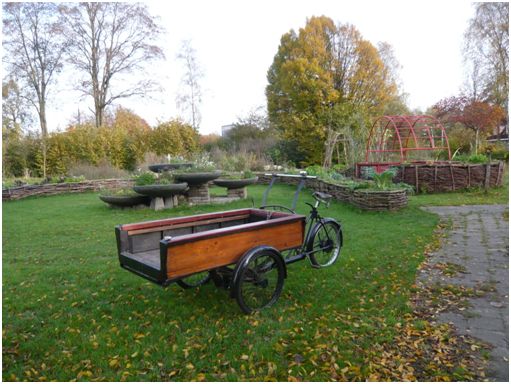 The first activity I attended was a gathering about Urban Farming where the Edible Deventer group would make an appearance. A bit anxious, as it would be the first time to meet my counterparts, I entered the meeting room. Wow. The room was packed with local farmers, shopkeepers, politicians, consumers, activists, policy makers and …the Edible Deventer group.

Apparently the local political party, who had organized the meeting, had looked all over the place for people involved in urban farming, before they realized that Transition Town was already ‘doing it’ right around the corner.  For me, I was amazed that there where all these people thinking about the same things as I did. And I didn’t have a clue! So this was what my towns(wo)men were up to when I was away!

The next ‘step’ was the Transition training that I attended soon after. I started to read The Transition Handbook and found out what the Transition movement was all about. Oh dear, this wasn’t just about fun and inspiring activities, this was heavy stuff! I did try to get away from it, “do we really have to talk about climate change and peak oil? Can’t we just stick to the fun stuff?” But really there is no turning back once you get into it. 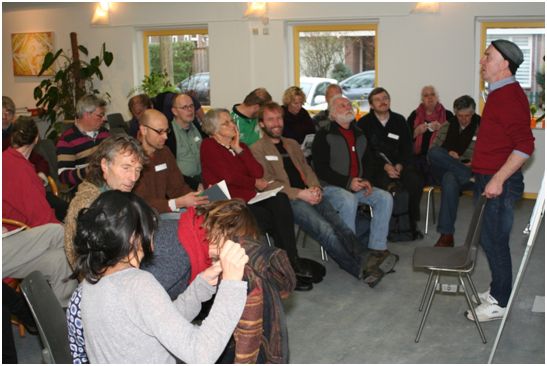 I did like the way the training was set up though and how the trainers (Tara and Paul) guided us through the process and I did meet a lot of new and inspiring people. The Transition process can be frightening and lonely, sometimes. I was so lucky to have found a group that already existed, with like minded people to share thoughts, ideas, initiatives and yes to also have a lot of fun. I was also so lucky to be able to take on the next step last year: with a group of people from TT Deventer to create and form the ‘Groene Golf’ (Green Wave), a centre for practical sustainability and local resilience.

A place to meet people, inspire, create, dream and experience. A place where only recently we hosted this year’s national Transition conference and the LAUNCH training. If we let climate change go out of hand, Deventer will be on the new shore line of the Dutch lowlands. In my experience, working for a truly sustainable future can be fun and very rewarding when taking it on together. We’ve only just begun.