Those of us living and transitioning in the Upper Midwest of the United States have experienced climate change as “global weirding.”  In Minnesota, summers have gotten hotter and  more humid while formerly predictable summer rains have become nearly non-existent. When a single rain barrel once would suffice to water gardens from one rain to the next, smart gardeners are installing multiple rain barrels to avoid using and paying for municipal water to irrigate gardens.  Some communities are experiencing “100-year floods” every few years at the same time as neighboring communities are in severe drought. It’s tricky figuring out when to plant gardens and how to manage them under the conditions of unpredictable weather. Winters have also gotten warmer and with less snowfall.  Adapting to these swings has been a challenge, indeed.

This winter has been no exception. Noted for our severe winters in Minnesota, the winter of 2013-14 was a record-setter. The multiple and prolonged instances of the polar vortex shifting from its usual place at the North Pole and wobbling southward brought historic and potentially life-threatening cold to us. It was a challenge for most everyone and most harshly felt by our rural neighbors who use propane gas for home heating. 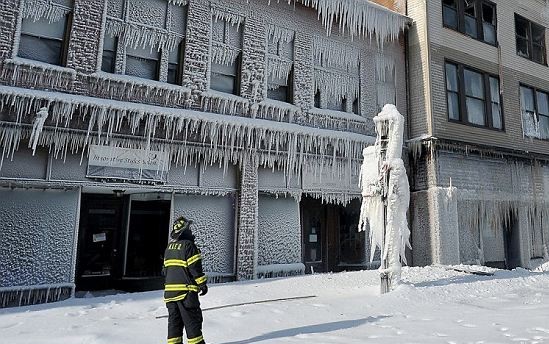 In February, our state governor declared a state of emergency when the prices for propane spiked and our area of the country experienced a “shortage” of the fuel. Warming stations were set up in rural areas to prevent people from freezing or risk fires by attempting to heat homes with ovens or a multitude of space heaters. Families were taking extreme measures to conserve what little fuel remained in their tanks and to avoid purchasing the fuel at nearly 4 times the usual price. (The price to fill a tank was running at $2000. This amount of fuel was expected to last 3-4 weeks in the extreme cold we were experiencing.) One family in our area moved to the basement where temperatures were warmer than their barely heated home.

Transition Mankato decided to do something. Partnering with a local college and other community groups, we pulled together very quickly a DIY SOLAR AIR COLLECTOR workshop. We recognized this crisis was an opportunity to have an impact on the immediate situation facing rural people and to impact our future resilience by providing the knowledge to build a renewable source for supplemental heat for all of us. 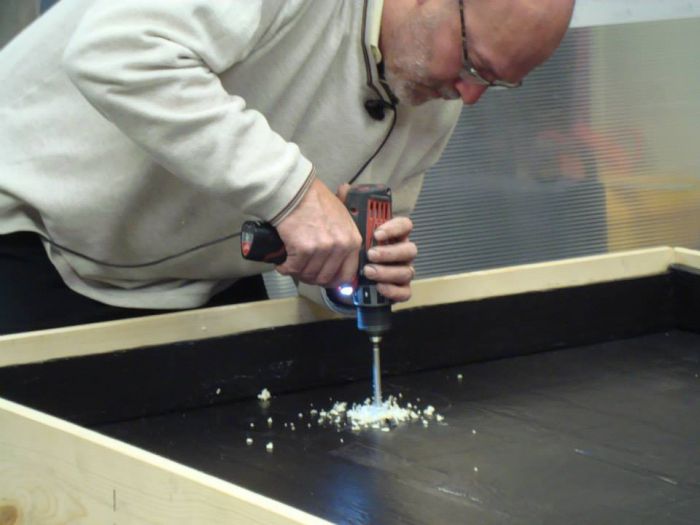 On a deeply cold, snow-blowing kind of night that kept away many, we had nearly 100 people turn out for this workshop!  Many were from rural areas but some were from our small city. All were interested in learning to build this surprisingly simple and affordable means of making heat from the sun. Workshop participants worked together to build a collector over the 2 ½ hour workshop. Many left with notes, pictures and recordings of the workshop prepared to build one, two or more of their own solar collectors! 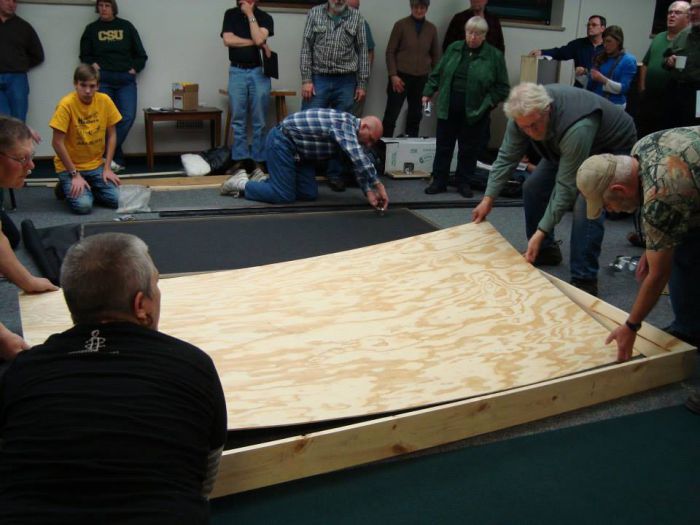 As a co-sponsor of our area’s inaugural Sustainability Expo, Transition Mankato is hosting another Homebuilt Solar Air Collector workshop in early April at the Expo.  Needless to say, these severe weather situations and an unpredictable fossil fuel supply will make adapting to our new reality and utilizing these homebuilt technologies and other renewables more necessary and appealing.

Lisa Coons is a founding member of Transition Mankato which is in the process of moving from a muller into an official Transition Town.  She is Co-Director of the Center for Earth Spirituality and Rural Ministry. Interests include: Local food production; community empowerment; spirituality of transition; re-skilling and alternative education; energy descent and adapting in place. Contact here at lisacoons@nullyahoo.com. Follow the work of Find Transition Mankato on Facebook here and on the web here.