Sam Bliss (author of the wonderfully-named blog ‘The Bliss Point‘) and Aaron Vansintjan recently wrote blog called Degrowth is Punk as F*ck which defended the term “degrowth” as “a little middle finger to the establishment” and urged the reader to “take your positivity and shove it”.  It’s a fiery and passionate defence of degrowth, and contains much, in its spirit and in its message, that I agree with.  But it does raise some key points that I want to explore here and to challenge.

First thing I want to do here is to challenge their version of ‘punk’.  Yes, of course punk is, as they put it, “nonconforming, anti-establishment, DIY”.  Amen to that.  But there were always two sides to it, for me at least.  I was too young to be there for punk when it happened but it shaped my music tastes and radicalised my politics.  Yes there was the middle-finger-raising, brash, in-yr-face side to it.  But there was also the deeper, more constructive, solutions-building, but on their own terms, side.  And their music was just as good, fortunately.

Where I despair with this blog is that it rather paints itself into a corner.  Let’s take the “technology adoption cycle” as a model. For any idea to take hold, first you have to bring on board the ‘early adopters’, then the ‘early majority’, the ‘late majority’, and finally, if you’re really lucky, the ‘laggards’.  What the authors fail to recognize is that the us/them attitude that runs through this blog means that while they might attract some early adopters, they then pretty much close the door to anyone else, which would be a huge mistake, as degrowth is, in many ways, a much-needed and timely idea.

So here, in a spirit of deep affection for the degrowth movement (many of whom wouldn’t recognize the version of themselves painted in this blog) are six respectful suggestions that 48 year old Rob (less hair) might offer to 15 year old Rob (quite a lot more hair) which also address some of the points in this blog:

1. This is not Year Zero: Degrowth, like Transition, like permaculture, like anything, stands on the shoulders of the generation that came before, and their work.  The article’s swipe at Tim Jackson (author of ‘Prosperity Without Growth”) and Kate Raworth (author of the forthcoming “Doughnut Economics”) is rather inexcusable, and reads as a bit childish.  It hails the degrowth speaker at a recent event in the House of Commons, Federico Demaria thus:

“…unlike the other panelists, Federico was willing to be radical, willing to think differently.  The audience loved it: he wasn’t boring. Of course, some of his very serious co-panelists patronized him as a big-dreaming radical youngster”.

I know both Tim and Kate, and they play a vital role in this larger movement of imagining, designing and implementing a new economy, a new future.  They think differently, are willing to be radical, and no doubt have the scars to prove it.

While we may not all agree on different aspects of this thing, these are potential friends, comrades, connectors, mavens, allies.  I doubt very much that they “patronised him as a big-dreaming radical youngster”.  It’s one thing to be patronised, another to be so prickly, defensive and committed to feeling like an outsider that any feedback is interpreted as patronising.

Perhaps the authors will read this piece and think I am doing the same to them.  All I can say is that on my path through activism, permaculture, natural building, Transition and so on, I have always appreciated it when an elder in this movement has given me feedback, whether I agreed with it or not, or however uncomfortable it may have left me feeling.  That’s how societies, communities, families work after all.  There’s no reason to discard or disparage the pioneers in our movements just because we can. 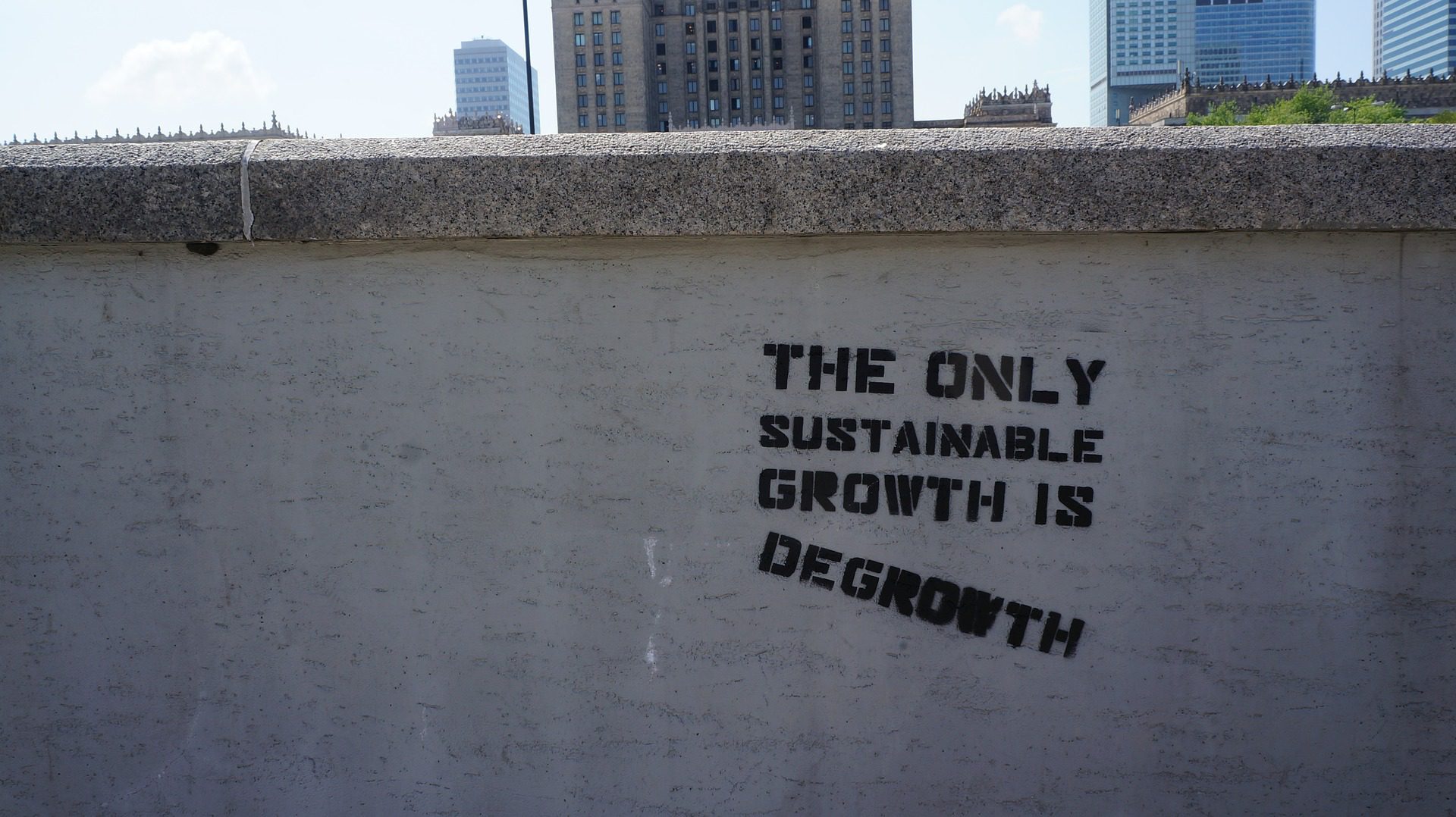 2. There are things to learn from “serious people”: throughout the blog, the authors take exception to what they term “very serious people”, un-named folks who seem to exist purely to undermine their arguments, playing the role of what in the 60s would have been called “the Man”.  The article would have you dismiss everything such people say.  This rather brought to mind Michael Gove’s statement during the Brexit debates that the UK “has had enough of experts”.  “Serious people” is used here as a rather disparaging catch-all for anyone who disagrees with the authors.

But an openness to criticism, to people who have a different approach, is vital.  Respectful debate is too.  Just as some punks were happy to dismiss anyone who they perceived as being “old farts”, this piece closes the door to many potentially useful relationships.  At least the “serious people” are interested enough in your ideas to engage with you, to put forward a view.  That’s far more promising that all those who have no idea what you’re even talking about.  Reach out.

3. Don’t be so defensive: the blog opens with a big defence of the term “degrowth”.  “We actually don’t give a flying f*ck. We don’t want to be fake-nice about it. We want to name and shame our enemy”, they rail.  I agree. Degrowth is a powerful term, and an important one.  It has been defended before. Move on.  Tell us what you’re going to do with it that’s actually going to change things.  Celebrate it.

4. Common ground is powerful ground: as I said earlier, this blog paints degrowth into a very unhelpful corner, an unnecessary isolation of its own making.  They write “that’s not our audience. Our sympathies lie with the misfits, the outcasts, the mischief-makers, the queers. They are our kind of people”.  So degrowth has nothing to offer to unionists, single mothers, people working in call centres, people with landscaping businesses, welders, planners, train drivers?

They mention the Lakota at Standing Rock, who they see as operating in the same ‘punk’ spirit. But one of the things that has been so powerful with Standing Rock is how they have reached out, how they’ve brilliantly harnessed social media to appeal beyond the activist world, to appeal to a fundamental sense of right and wrong, of injustice, around the world.  And they have done so with a degree of compassion, strength, respectfulness, patience and centredness that is conspicuously absent from this piece.

Working to do actual community-scale change in actual communities, with all their complexities, their infuriating, chaotic, charming, creative ways, requires finding common ground with “serious people”, with “normal people”, rather than being stuck in our own “otherness”.

5. Invite in the imagination: this article rather shuts down imagination, thinking, creativity.  What if punk means nothing to you, or you just associate it with violence, dreadful music and yobbishness?  It’s one thing to say that you draw some inspiration from its spirit, another to say that in order to play any useful role in the future of our world you need to be “punk as fuck”.  Hardly fires the imagination does it?

6. Haircuts open doors, and close them too: while no-one would suggest that “tattoos and piercings and bad haircuts” should be covered up, hidden away, in my own experience, a haircut can open more doors.  And at this point in time, as the Arctic melts and the deserts spread, getting behind those doors matters more than the haircuts.

Punk gave me the first big kick up the backside of my life and still propels me forward (Bill Mollison provided the second one).  While it is tempting to imagine approaching our work of rebuilding communities and resilience, of creating new economies in the spirit of The Clash striding out of the dressing room with their guitars on their hips, I’m not sure that’s especially useful.  Well, saying that, it works for me, but if it has the potential to exclude and isolate others, then it’s not too helpful to vocalise it.

The authors write that degrowth is “forward-looking and positive”, but then do nothing to prove that that is the case.  I went to the degrowth conference in Venice a few years back, and struggled to find anyone who was translating the ideas of degrowth into real, on-the-ground projects.  Indeed some were adamant that that really wasn’t the point.  While I hear that that has changed a bit since, I wonder if this blog speaks as much to the experience of those within the degrowth movement, including the authors, trying to actually change things, as much as it speaks to degrowth’s relationship to the rest of the world?

I deeply share the value the authors place on “a healthy refusal of the present”.  But creating something beyond that refusal requires putting less labels on ourselves rather than more, seeking what we have in common with others rather than isolating ourselves.  If we have to be “punk as f*ck” to be part of this revolution, then many people I know doing phenomenal things wouldn’t be able to take part.  And that’s a shame.

NB: By the way, that reason we chose to write “f*ck” the way we have here isn’t because we want to censor the spirit of the original piece, but rather because to spell it unadulterated means that it won’t get through lots of our readers’ spam filters…

How different would the world be if the grace and poise show...

Oh my goodness.  The US actually elected Donald Trump.  Wh...

What the long, red-legged scissorman did next

10 essential ingredients of a “Good Brexit”