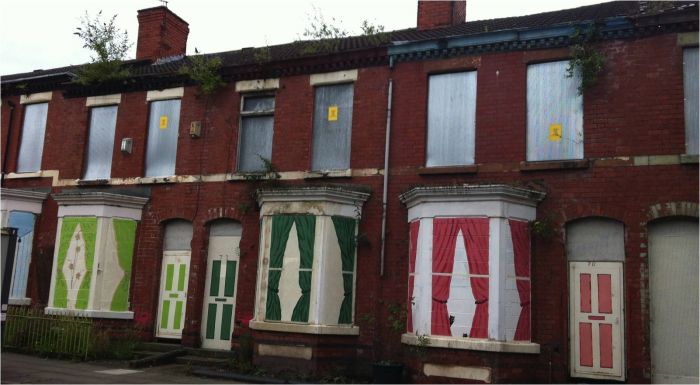 Road. Granby Street, originally a shopping hub, is the ‘backbone’. Many members of the multicultural community can trace their ancestry back for generations within the area. BUT … the area has been under the process of ‘regeneration’ for over 15 years.

Increasingly the area began to have a neglected look, people moved out and houses became empty, bought up by the Council then ‘tinned’ up. Then … residents took action to brighten up their living environment. Litter and fly-tipping was cleared, and painting over the ‘tins’ of the empty voids began with associated planting. ‘That Bloomin’ Cairns Street’ was formed in 2007, enabling successful funding applications.

Raised beds and more planting and painting helped to achieve a brighter, greener street environment for all. Plants include fruit trees, raspberries, vegetables and an abundance of bright colourful flowers. People passing through say they choose to walk through! One comment was: “I didn’t realise that sweetcorn grew in England!”. The ball was rolling! Residents in the surrounding streets became inspired and joined in planting up and painting of empty houses (even with decorative cats peeping through curtains!), creating as bright and green an environment as possible. Regular community markets and campaigns help to draw people to the area and enable this active community (with origins from many parts of the world) to flourish despite all odds.

Six houses are currently on the demolition list (even after a site visit by Liverpool City Councils planning committee). This is scheduled for this coming Monday! Half of Ducie Street has been demolished with no plans for the ground affected, so we have planted wildflowers. 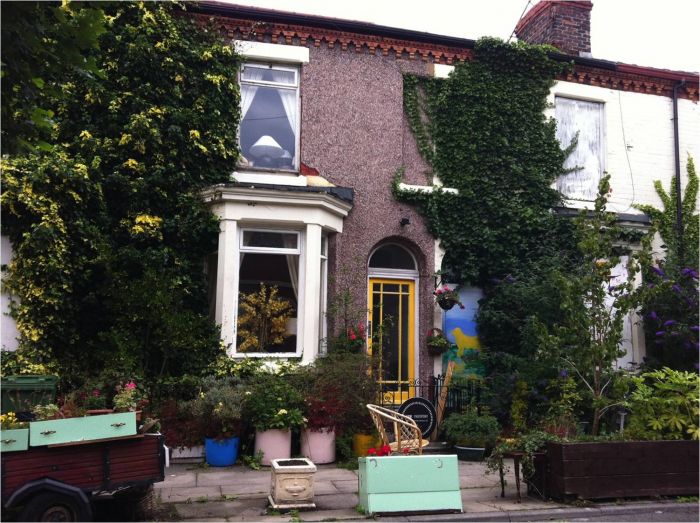 houses, and the variety of wonderful Victorian houses should be retained for refurbishment in an environmentally sustainable way to preserve our architectural heritage.

(Editors note): On 11th July the bulldozers came in but were deterred by the community’s peaceful protest

Thanks to Stella Schackel for writing this up.