In 2012, an article in Troy Media entitled How Transition is starting to rebuild Ontario looked at the 30 Transition initiatives underway in the province.  The author, Bruce Stewart, wrote:

“For Ontario, the Transition movement has the potential to do what it’s done in the UK: be the engine to rally a new, relocalised, vibrant and sustainable economy, and communities with staying power in tough times”.

Today we visit one of those initiatives, Transition Town Peterborough, and discuss with Cheryl Lyon (see above right, standing), a volunteer with the group, how the group resources its work, and how it thinks about resources in different ways.  I started by asking here to give a potted history of Peterborough Transition?

“Our founder was Fred Irwin. He took the Transition Training in Totnes around 2006. He was, for a while, a kind of single champion of the concept of Transition before it got any kind of traction here. He’s a very exuberant and personable person with perhaps an odd combination to be working in Transition Town. He came from a very high level business background in Fortune 500 Companies, Canadian, American and international and also worked in the oil industry.

I think his enthusiasm for the topic caught on with some people and we formed a nucleus of Transition Town volunteers here.  Probably our highest profile initiative is around economic localisation. But we also do a very successful, now going into our fourth year, celebration of local culture called the Purple Onion Festival which is our most public event.

[Here is a short video about the Festival].

This brings together our farmers and townspeople, local artisans, entertainers, complementary health practitioners, and anyone that has a connection to the local economy.

In terms of resources, we got about a $3000 grant from the city. We’re hoping to find out before the end of this month whether we’ll get it again this year. Other than that, we don’t have a lot of money. The festival itself which attracted maybe 4-500 people and is really good for the town, made a profit of $10!  There were in kind donations from many contributors: the local Downtown Business Association, Green Up, a local organisation, there’s a long list of them.

For the group, do you find you’ve reached a stage where you feel you need to bring in more financial resources for what you do, or is that something that’s not really a concern? Are you able to do everything you need to do just with good will and volunteer support? 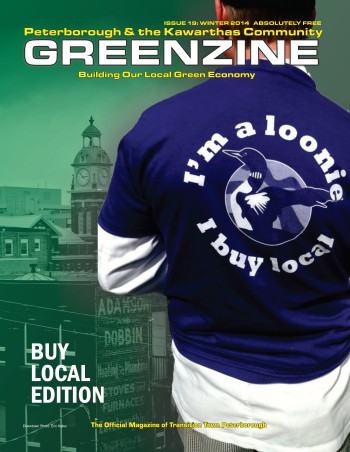 So far that’s gone a long way, but we don’t have enough volunteers to do the things we want to do. The volunteers we have are working very hard. We could use what we would call “a backbone organisation”, funding for someone who would be on top of everything all day. Building relationships, writing the grants, making the necessary connections. So far all of that is being done voluntarily.

I should mention another one of our signature high profile things. It’s our ‘Greenzine’. That’s a free magazine. It’s published in a run of about 5,000 and our volunteers distribute it through places like libraries and businesses, and the volunteers take it around.

It’s funded through the advertising. Here’s a little coup from this last couple of weeks.  We have a Mitsubishi car dealership in town and it agreed to take up to $5,000 dollars in our local currency towards the purchase of a car, and they have the back page of advertising in our Greenzine. So that was a real boost to the profile of the local currency.

One of the key ones is our first banking agent for our local currency which is called the Kawartha Loon. Kawartha is the general name for this area. One of our credit unions, the Peterborough Community Credit Union handles our local currency. You can go in there and exchange it for a Canadian dollar and they will hold that Canadian dollar in reserve for us. So that’s been a local partnership of great importance to us. The goodwill and income contributions are huge and have gone a long way.

If you were thinking ahead to being able to really scale up the impact of the group, what resources do you think, financial or otherwise, you would need in order to make that happen?

Let me use an example of another one of our initiatives. Perhaps we can get an answer to that this way. Besides the local currency, one of the things that Transition Town Peterborough is trying to bring forward is establishing what we call a Public Trust. This is a vehicle for scaling up local investment in localisation. I’ll take a moment to describe that.

The Canadian Dollar reserve that will be built up as people exchange their money for the local currency will be the catalyst or seed for a much larger body dedicated to investing in local initiatives for instance in renewable energy. Sourcing the manufacture of those energies locally. Creating businesses, new jobs out of that, investing in local business support or start-ups through micro loans.

But the scale of that needs municipal investment. We have 2 levels of government here, city and county. We have put together a proposal for a feasibility study to be funded by the local municipalities to investigate their participation in it using local taxes invested in it. For instance, we need to investigate some of the legal implications of these municipalities.

We need to research what any restrictions are in the lease of municipal dollars in such an initiative and also what are the priorities for that kind of investment. We are trying to do that through the Transition Towns membership in what’s called the Community Sustainability Plan Co-Ordinating Committee.

In order to get our municipal share, we needed to come up as a community with a comprehensive sustainability plan. That was done at some considerable expense with both the local contribution, provincial and federal – we have a three tier government here. Groups in the community, businesses, volunteer groups, anybody can join that table of the sustainability plan. We joined as a very early member on the champion level which is the very highest level of membership and I sit as the representative of Transition Town at that table.

We brought forward the request for their support to take this feasibility study forward to our municipal council because this is a municipally sponsored committee. And it hasn’t gone anywhere yet. So two of our volunteers are working at speaking with their individual city councillors and getting some introduction of the idea so that if we reach the stage of bringing this forward as a staff report to our local municipality it will have some traction.

So that’s typical of the kind of work that volunteers have to do. It’s also representative of an example of scaling up to where we can get committed municipal involvement and investment in this.

We also work at supporting local farmers and we are actually involved in initiating a food study through that Sustainable Peterborough Table, scaling up local production of food from 5% to 25%. Transition Town led that initiative and there is a volunteer involved with that.

Having been active doing Transition now for some time in your community, what do you regard as being the most important resources that the community now has as a result of what you’ve been doing that it maybe didn’t have before?

Our community has this core of volunteers who seem to be hanging in there and are taking the message of Transition wherever they go. We have this high profile Purple Onion Festival each September which seems to attract more and more people every year, and in a very joyful celebratory way shows why Transition is a good thing.

Gradually, through the persistent requests to the city for funding or for things like attention to the Public Trust idea, we are spreading the idea of the challenges of climate change, peak oil and economic contraction and what can be done about it in a very positive and constructive way. 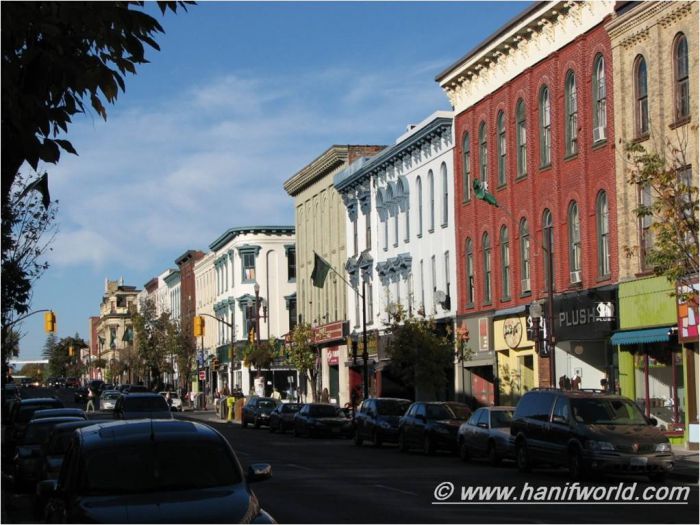 The local currency is attracting more and more attention. We’re holding two events, one in March, ‘Buy Local, Live Local’, where we get local businesses to exhibit and help spread the word. Then our ‘Dandelion Day’ in May with local alternative health practitioners. For both of those events, any entrance fee or any spending will be done in the local currency.

We have a meet up once a month, we’re just doing this for the third time, in a local pub where anyone is welcome to come and we have a long list of maybe 3,000 emails where we spread this word.

We have the interest of the business community in the form of that local dealership which is probably the highest profile business which will accept the Kawartha Loon. There are other businesses and we know they talk to each other and they network. We were invited, a couple of weeks ago to a local business event sponsored by the Chamber of Commerce.

We didn’t have a lot of businesses coming up to us and saying “gee, tell us what Transition Town is all about” but at least we were there and we had profile. It was perhaps a little discouraging to see how wedded to the endless growth model business as usual style is in our local community. It’s a fairly conservative community and this different model of doing business based on a local currency and wealth sharing rather than simply wealth accumulation is a challenge.

[In case you wanted to listen to the podcast of this interview, here it is].