This is the second blog from Bid Cousins, read her first ‘Can singing change your life?’.

I’ve just returned from 10 days in Dahab on the Red Sea. My son lives there with his wife and child. You could say Dahab is a place in transition – my impression of it is a frontier town. Massive development of the small fishing settlement began about twenty years ago and slowed to a stop following the plane explosion at Sharm-el-Sheikh airport and subsequent political developments in Egypt. The fishing shacks, backpacker camps, and small hotels on the beach are surrounded by an outer ring of half-built, deserted, ruined, massive resort projects that make the whole place feel a bit like a cracked mirror image of the temple of Karnak, or Petra. Within this place many opposites exist side by side – desolation and abundance, ruin and rebirth, spotless cleanliness and squalid filth – and it’s a melting pot of dreamers from around the world, building community and connections with the indigenous Bedouin where they can and somehow surviving while developing something new and unique in the febrile political climate that is Egypt in 2017.

I am not sure any of it is coherent or planned. But organic and incremental change is going on. There isn’t an official ‘Transition’ movement as such here, but Transition is happening. Small scale building blocks I noted are

I’d gone for a holiday and to spend time with my family. But when my daughter in law suggested I organise a singing workshop while I was there, I jumped at the opportunity. A few social network posts later and Singing for Peace, Dahab was born.

I invited people to come and sing simple songs for Peace – you didn’t need any singing or musical experience and you wouldn’t be asked to read music. I would facilitate the learning of a few songs and depending on the response, develop this further into harmony singing.

I was interested to see how this would work , especially in a context where harmony is not part of the musical culture. Arab music is very different, usually with a complex melody line and perhaps a drone or some percussion. I hoped people would respond to the Peace theme and come with open hearts to build a little peace within ourselves.

Eleven people turned up on the night. It was hot and still and we sat outside in the courtyard by moonlight. We were a diverse group, mostly Egyptian but with two English, a German and an Arab-American. Interestingly for me, there were more men than women – when you run groups like this in the UK, invariably you have more female than male participants. Also the age demographic varied from people in their twenties to folk in their sixties – again in the UK you often get people of 50 and over for groups like this, but not so many younger.

Where to begin? I started with stretches and breathing, and we moved gently into some vocalisation. Eventually we intoned vowels standing in a circle and the magic began to happen – overtones and harmonics could be heard as we moved our voices between different vowel sounds. By this time people were becoming quietly excited at what we were creating, without words and without a common musical language. There was an almost overwhelming sense of unity, of the group gathering and holding one another.

During the evening we learned songs from South Africa, Cameroon, the Solomon islands, Georgia and the UK. We sang ‘call and response’ songs, several songs with two different harmony lines and a round.People said how much they enjoyed hearing the interplay between the parts. Our most successful song was a song of the Baka people of Cameroon which consisted of call and response and an improvised upper line which I was able to add once the call and response rhythm had been established. It helped enormously that one of the Egyptian women had done some choral singing and was able to hold a part and lead others. The most challenging piece was the round – something many in the group had never experienced before. They rose to the occasion beautifully.

We sang a song I had written which interwove two simple lines – ‘Peace, oh peace be with you’ and ‘Salaam aleikhum, salaam’. This was followed by a song from Georgia, ‘Batonebo’ which is sung to placate the spirits who bring unrest and disease when they are unhappy. I noticed that during the singing of each of these songs, members of the group joined hands, exchanged smiles, and some were in tears.

Comments afterwards included ‘ I didn’t think I could sing’

‘that was a beautiful thing to do together’

'singing changes you inside'

‘please can we do this again?’

‘I felt like I was opening out HERE’ (pointing to heart).

I’ve just been reading Eric Lindberg’s blog on this site, where he refers to the ‘head, hands and heart’ model for transition. Certainly, in my experience, events like this engage body and spirit in a way that spurs the will to further action. All the group said they would do something like this again, and would tell others about their experiences.

Lindberg mentions his initial discomfort with singing as part of a Transition group meeting, and how he moves from that position beyond simple acceptance, to a belief that this ‘spiritual’ element is an essential part of what we are trying to do and contributes in a very positive way.  I’d value your comments. 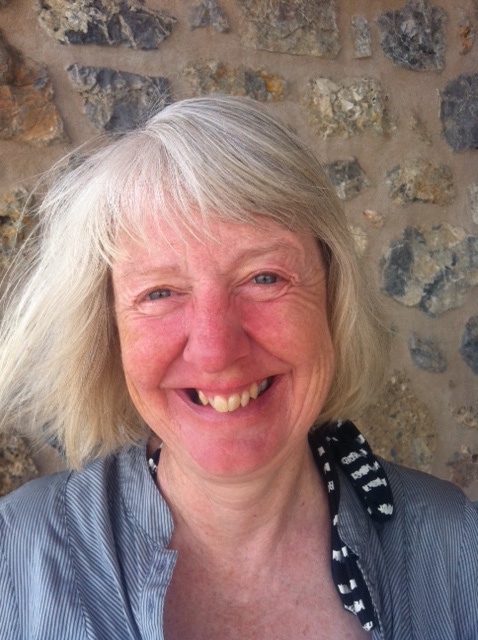 Written by Erik Lindberg and re-posted from resilience.or...