From urban gardens to farmhouses

by Dora Bérces of Transition Hungary (translation by Kriszta Olasz)

Wherever you bend down to pick up some soil, you’ll find it has a fragrance, warmth (or cold) and particular components. Most of it, its framework, is lifeless: just the fragments of rocks. The most precious is what adds life to it: humus, decayed plants and the tiny creatures invisible to the eye. Wherever I go, I like to bend down to touch the earth. That handful of soil stands for connections – connection between substance and soul, dead matter and living beings, stomach and heart. And connections between people 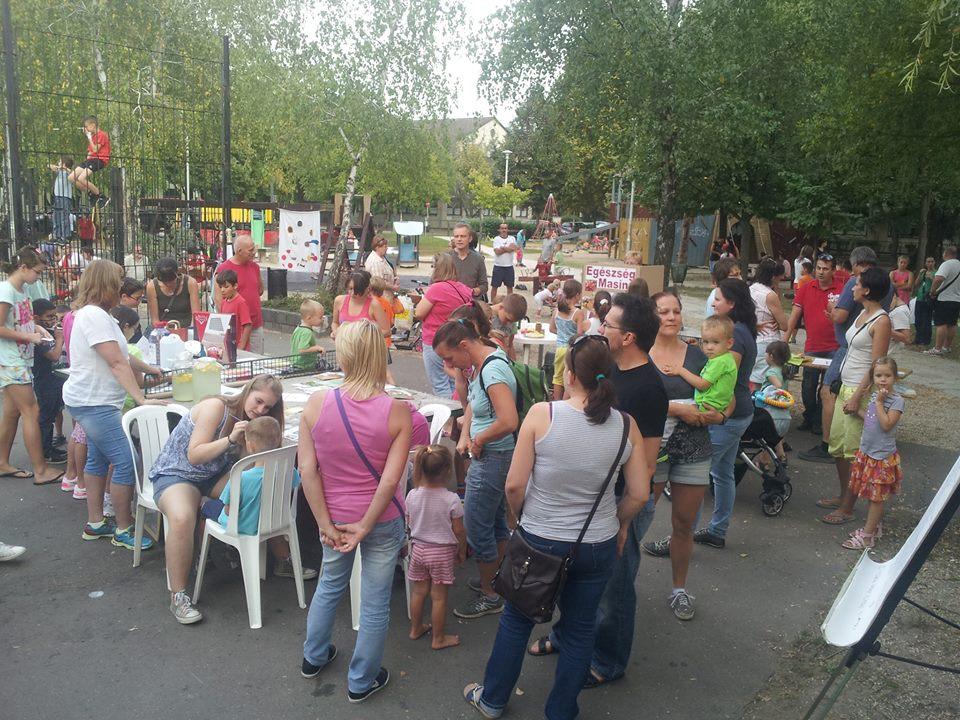 Without intending it, the issue of gardening crops up in all communities after a while. It is all the same whether they live in the city centre, in the suburbs, small villages, farmsteads or in a segregated community on the edge of a settlement. No wonder: everything is based on food, isn’t it? And for that you need to garden, keep animals or grow fruit trees.

It is interesting to see how the different communities undertake it: how they build on their specific conditions and how they use gardening as a tool for keeping contact, community building and self-development.

Let’s see what the Hungarian communities do with a handful of soil. 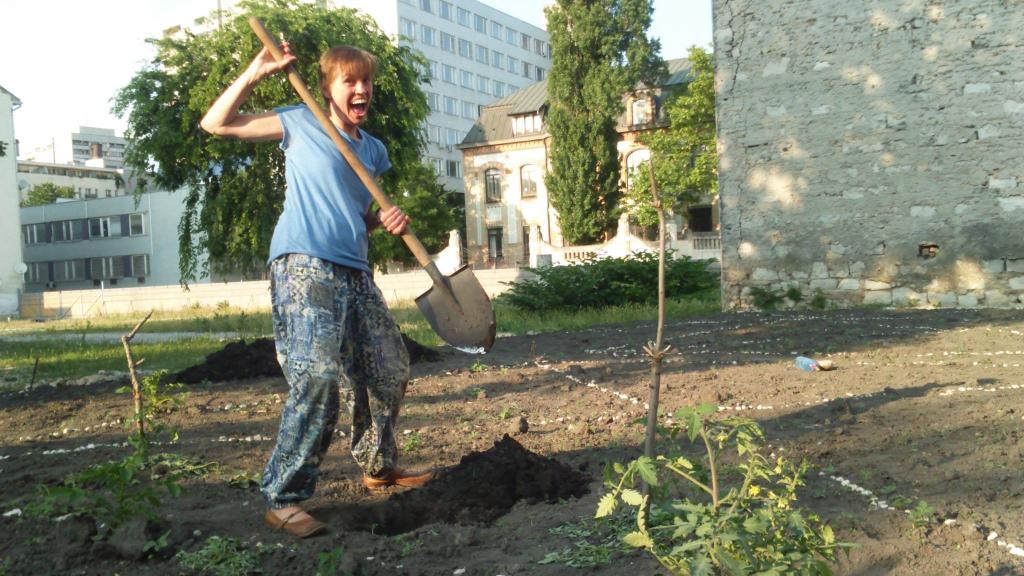 From a vacant lot to Eden

The Grundk3rt team acquired an empty lot intended for a building site in the very centre of Budapest. While construction was delayed, they turned the wasteland into an Eden. The community is constantly on the move: at present they are cultivating the third garden they have created from scratch. The first two have been replaced by multi-story buildings. Founded five years ago, they are the pioneers of Hungarian community gardens and have been changing and developing since then. However, what is permanent: they try to get the most of what they have regarding soil and community development opportunities.

As for the former, at the moment they have 40 gardening plots, which are either patches (8-9 m²) or raised beds (2 m²). These pocket-sized units are held in high esteem: some are cultivated by one person, some are by a family or a whole association (altogether they have 60 members). There are members who don’t even do any gardening but live for their hobbies here – do handicrafts, turn the compost or just sit around. For many the appeal of the garden is exactly that it provides an intimate place, a green oasis of peace and quiet within a concrete jungle.

And what else do they get out of the garden? In winter they organise a club to watch films, take part in workshops and talk. In summer there are Bread Roll and Butter parties, where only rolls and butter are bought in a shop, all the other ingredients are collected from the garden to make tasty sandwiches. They had a Refuge Picnic (Refuge is the name of one of the organizations owning a plot), where they hosted refugees living in Hungary, they have also organised a donation collection for a homeless couple, a seed swap and a storytelling day. But because they are also cool when it comes to sustainability, they also operate a freeshop through a Facebook group, where they exchange redundant wine presses, jams, belts or shoes. They were the ones who came up with and organised the Night of Community Gardens last year. It was a huge success, with 12 gardens joining in and probably twice as many will join this September. Does anybody wonder why their story was documented in several films? 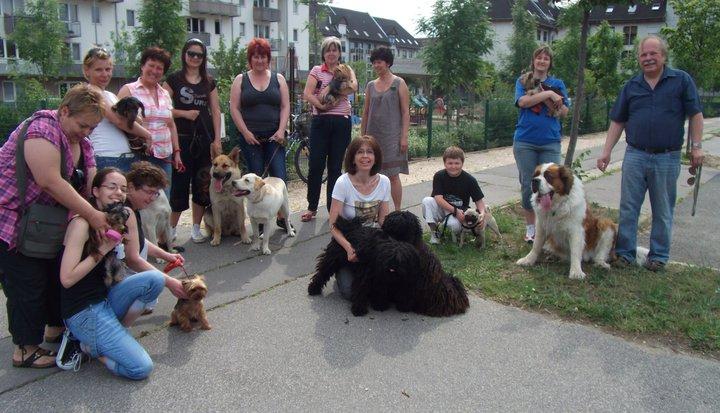 Most members of the community of Sorosoksár district live in high-rise block of flats, so similarly to the Grund team, they also highly value anything related to gardening. Focusing on their stomach, they started out by organising a box scheme to buy food from nearby producers. They are growing their own tomatoes on balconies, in containers and hold a tomato festival at the end of summer, where everybody can show off their harvest. They have also organised a Garden-wake-up course and seed swaps because they have been longing and preparing for something for quite some time… For the past five years they have dreamt of a community garden, which have come true this year! They acquired the right to use an abandoned private lot. Now they have tidied it, clearing off several years’ garbage and breathed new life into a disused furnace – who hasn’t lived in block of flats can’t imagine what forces are released at the prospect of an own allotment.

Hungary is special in that one-fifth of the population lives in the capital, thus there is enough room for anyone in the rest of the country. The farther a town from Budapest is and the smaller it is (the fewer exits it has), the cheaper the houses and the connecting land (except for a few fashionable regions). One of our favourite Transition communities – who are currently changing their name, identity and set-up – lives in quaint and remote village, Nagyszékely. The design of their picturesque houses reveals the culture of the former Swabian (a German ethnic group) residents and the lots are large. You would think no one with a quarter hectare of vegetable garden would want more, let alone a community garden. Well, these guys would.  The Nagyszékely people are originally city folks and most of them are hardcore gardeners: one of them founded the first privately owned Hungarian seed bank of regional varieties, also contributing to seed swaps around the country. Another is a leading figure of the Hungarian permaculture scene, who has been busy setting up a permaculture centre recently and managed to register the first Hungarian Permaculture Association. They were planning a festival with lots of guests and wanted to produce together all the vegetables needed for the catering. Unfortunately, the event was later cancelled but they liked the experience of working together so much they kept anyway with minor changes. So they spend a few hours a week gardening at each group member. Since six families participate in this initiative at the moment, it means they can bring about spectacular improvement in a garden with only a few hours’ work. And of course, everyone’s garden is worked on in turn…

Their other large project is a half-hectare community orchard. They started it with a mixture of fear and excitement on the land of one group member, with fruit trees grown by another and joint effort – which of course can never be calculated with surgical precision. They got the saplings through a biodiversity project and managed to propagate 20 different fruit trees as well as shrubs like red currant or medlar. They handed out a lot of them to local families and also gave back some to those who provided cuttings from their old trees. There are 120 trees in the community orchard, so in a few years, it will be possible to organise huge fruit preserving parties!

They have several exciting endeavours: a communal forest, which is perfect for hide-and-seek or capture-the-flag but also provides firewood (transported by a horse-drawn carriage!) for the families and a guesthouse. Then there is a common recreational area with walnut trees and a fire pit and a common pasture, where two families graze their animals.

In sum, they have bought several hectares of land together in the village and around it, which is quite a bold experiment: can an organically developing community deal with such a large area? So far it seems they can! 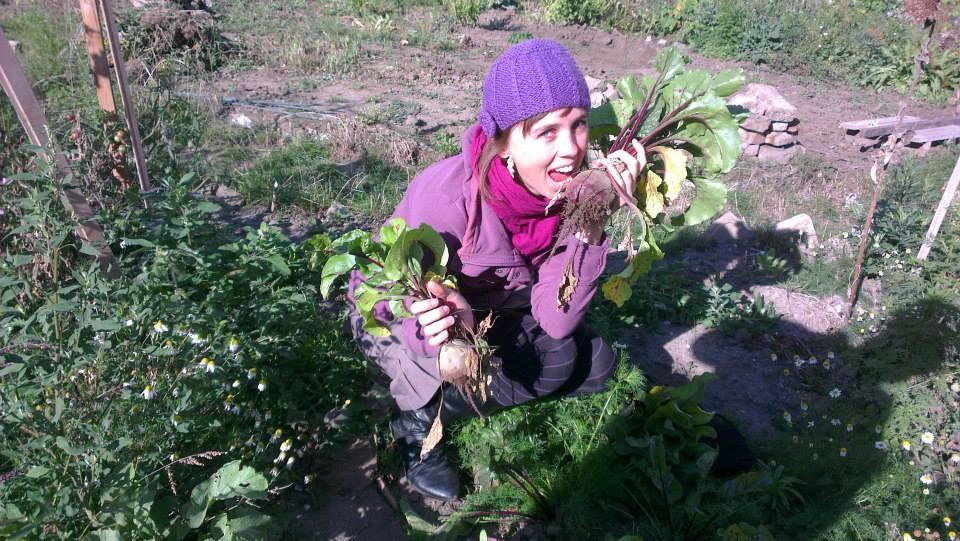 Obviously, the main priority for each of these three communities is not cultivating land but creating connections among the people cultivating it. The goal is to strengthen the community and the land provides a way to achieve it. That’s something we can all relate to, can’t we? 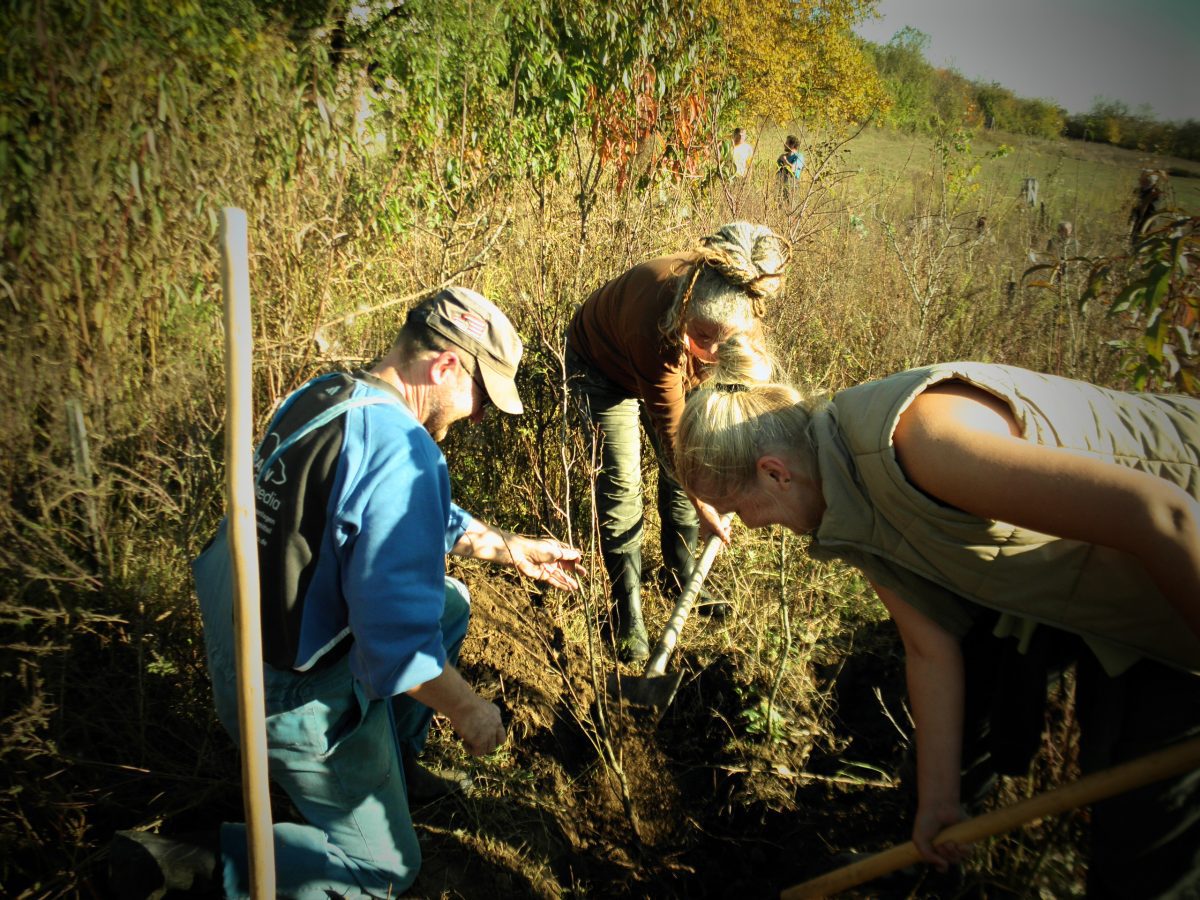