“How can we get people who come to our events, to start taking on responsibility, so our initiative can grow and those of us at the centre don’t get exhausted?”

A crucial part of the answer is managing the shift from the initial burst of energy that gets something going to a later wave of people who carry it forward. In the Transition model there’s an explicit moment for this – when the “initiating group” hands over to a new structure. But this shift is about much more than structure – it’s also about the founders letting go of the reins, and the organisation finding a way to change its culture and vision.

My first powerful learning about this was in my football team – where I was one of the founding group, who, after many years of keeping the club true to the original radical vision, were ousted by an informal “coup” of newer women who thought there was such a thing as “just playing football”. In Transition Network we managed the shift more elegantly – and it took a time and energy to do so.

Many recognise this shift as a make or break stage for projects in all sectors from personal growth movements to private businesses. One part of it – where the founders find it hard to let go – is called “Founder syndrome” and I found a lot of writing on it (mainly in theUSA) when I googled this term. Transition is no different – so this post shares some of my experience of rough and smooth journeys, and offers further writing and a one day tailored workshop to support groups going through this phase.

Moving beyond the first wave – the hard way… 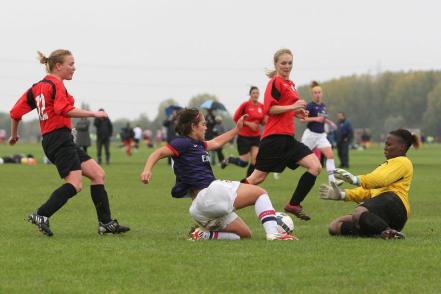 In 1986 while swimming in the local pool I was invited to join a local women’s football team – a new club playing 5 a side for the summer. A year later a small group of us decided to keep the team going as an 11-a-side team in the Greater London Women’s league. In the late heyday of equal opportunites (the inclusive Greater London Council under Ken Livingstone had just been axed by Margaret Thatcher) we were committed to being a welcoming space for women who were lesbian, black, working class and as far as possible, with disabilities. We had the most pro-equalities constitution I’ve ever seen, a positive celebratory culture – criticising each other on the pitch was not part of our game – and a collective way of working, electing officials each year and holding meetings where all had a say.

We were soon well known as the first “out” football club, and our upbeat style attracted many women who loved the buzz, or were fed up of homophobic attitudes in other clubs. We got promoted, won a cup, and grew to form a second team. Several years on everything looked great. But there were rumblings in the team about “the powerful ones” – those of us whose voices seemed to carry a lot of weight in meetings, who knew all the history – and who made sure stuff happened, and were the back up for new women stepping up to take on management roles within the club.

In 1994 we ran racism awareness training for club members, following complaints by black women about the behaviour of some other members of the team. Some of the newer women didn’t want to take part, weren’t interested in exploring their attitudes. We had some very charged meetings. A number of black women left. The team started to polarise into those who wanted to water down the original vision and those who didn’t. A year later a whole group of us, many of the founders and others who agreed with us, left. We set up another team – which was really picky about who joined, and so was often short of players! And I’m happy to say we played into our retirement due to old age, or until work or home commitments made it impossible to keep the weekly commitment going.

The original club is still going strong, and looking back I can see that we founders needed to leave and let the team find its own way, though it was painful at the time. In 2007 several of the founders were invited to speak (and sing) at their 21st birthday party. It was a joyful event, and a great way of healing any left over feelings about what had happened. I feel proud that the club is still thriving, with some of its original qualities – and that it had the energy and confidence to find its way in spite of the resistance of the old guard!

Moving beyond the first wave in Transition Network

I joined Transition Network six months after it was started, when Naresh and I created the first two day workshop on Transition – now called Transition: Launch. It had many of the classic characteristics of a successful start up. It was dynamic, informal, responsive  – a lot got done with very little time spent in meetings.

At some point – quite early on – we realised there was a bit of a hole at the centre. Everyone was focused on tasks and there was no paid post with a role coordinating what we were doing, managing staff, developing a strategy or ensuring that we were reflecting on and evaluating our work. Some board members stepped in and generously gave their time to help plug the gap, but had jobs and other commitments.

In 2009 we created the first “Awaydays” – two days where the staff and board came together and stepped back from the speedy pace of work to reflect on where we were, on roles and structure, major questions for the organisation or movement, and how we worked together.

As the organisation grew this regular time to review and reflect together became invaluable for the bigger conversations. We created six “strategic objectives” and thought about how much time we spent on them relative to our priorities. We looked at our styles as a team and noticed that we had lots of creative innovators and very few people interested in monitoring or evaluating! We addressed the gender imbalance within the board by finding and actively inviting three new women to join. We explored the shift from Founders to the next generation, and what that might look and feel like.

All of this was helpful – but limited by the fact that it was no one’s role to develop or hold anything at the centre. We could make a decision about changing our way of working at the Awaydays but no one had the formal job of following it up. As Board members had become busier they had less time available to help out with staff management, and the gap at the centre became more obvious and problematic.

At the Awaydays in May 2012 the staff team and Trustees took a unanimous decision to restructure Transition Network to enable the Delivery Director role to be created and funded, even if that meant reducing other paid roles. It was a weighty decision to take, meaning that all our livelihoods could be affected.

The restructure took over a year, and resulted in the appointment of Sarah as Delivery Director, and Mike as Project Support coordinator. As well as paying attention to including people in the design and implementation of the new structure we spent time supporting the personal impacts of the process for staff. I believe this was essential in creating a process which not only avoided conflict, but actually brought the staff team closer together despite the fact that some lost paid hours, others gained, and new posts were created.

We are still feeling the impact of the changes put in place by the restructuring with both Sarah and Mike in post as Delivery Director and coordinating Project Support. We are working towards a strategy which helps us all to take good decisions about our work priorities, as well as (some of us) feeling the loss of freedom that comes with that – we can’t just follow our impulses! Both the what and the how of our work is changing, and I feel both excited and curious about where we’re going! 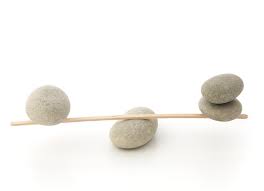 There are two lessons which stand out for me as I reflect on these two journeys.

The first is the absolute necessity for time to pause and reflect together. In Transition Network this started with Awaydays, and we have now created space within staff and board meetings for this. It means prising away some time from the need to Do Stuff and making space to share experiences, enquires and learning about the structure, culture and activities of the organisation itself. I’m realising increasingly that this ability for self reflection and self awareness is the foundation of health – the ability of any human system to feel into its current state, and take action to change things when necessary.

The second learning is about the need for balance between contrasting qualities. It’s a learning which came back again and again during my first years of involvement with Transition Town Totnes, to avoid “either / or” thinking and find a way to “both / and”. Not Creativity or Structure, but a good balance of both. NotIndependenceor Collaboration but both in good measure. Founders are often dynamic, active, fast, independent – almost by definition because that’s the energy that gets things started – and they may not even see the need for people who are different. Smart ones will – and the truly wise will be actively seeking and inviting those with the steadier energy which creates enduring projects and really making them feel welcomed and valued when they turn up!

So there are my thoughts about one aspect of the shift from energetic start up to a stable enduring presence. Below, and in the linked documents, are some more specific suggestions for Transition initiatives based on the experience of many other groups. I wish you balance, space for reflection, and smooth transitions of all kinds!

Here are the headlines from the piece on making the shift to a Transition Initiative with a sustainable future!

So if any of these themes appeal to you, download it here. 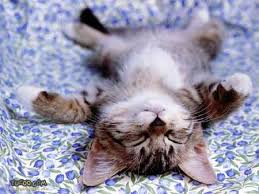 One day of support from Transition Network…

If your Transition Initiative has been going for a while, feels a bit stuck or in difficulty this might be for you! Would you like a day facilitated by someone from outside to help you create a space for reflection, refocusing and re-invigoration?

We can offer a limited number of these to run after April 2014.