How the “green” and the “marginalized” can become allies

When we set up our national Hub, Communities in Transition Hungary we aimed to create virtual and physical spaces to bring together people with very (very) different life experiences who have a similar drive to create change within their own communities. 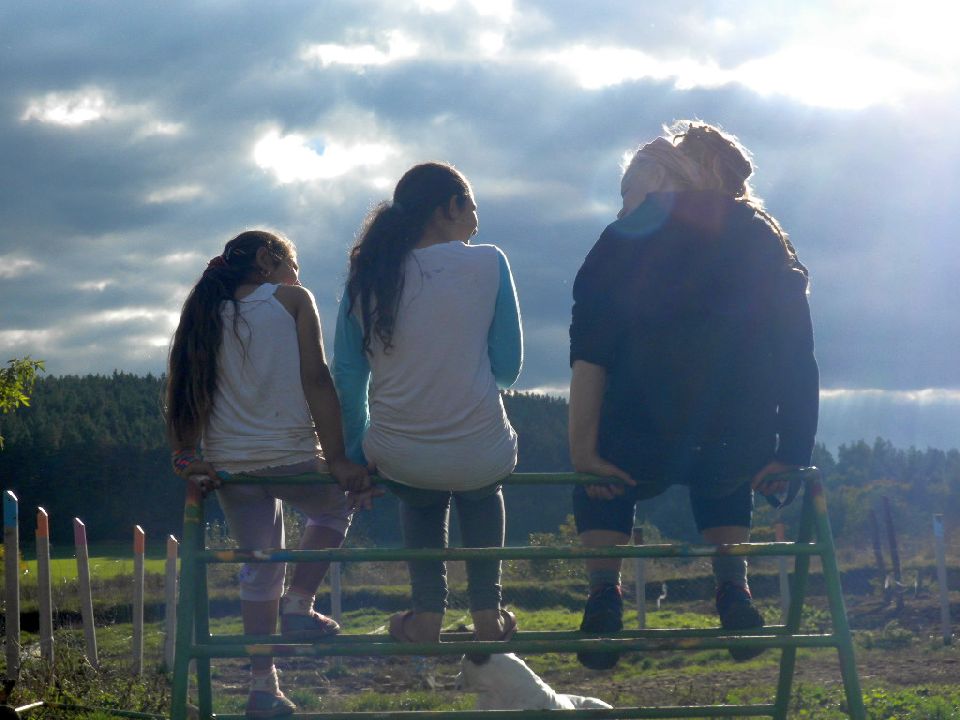 In our network we have what you could see as more classical transition initiatives. Community initiatives started typically by middle class, educated people running environmentally conscious projects in urban areas or living in picturesque villages. At the same time, we were aware that in Hungary valuable community initiatives happen in a very different setting too; segregated poor settlements typically at the edges of villages or towns, where utility networks are scarce, housing is in terrible condition and people’s income is below the living minimum. The majority of Roma (Romani Gypsy) people in Hungary live in such conditions, facing not only the challenges of economic hardship but also racial discrimination. 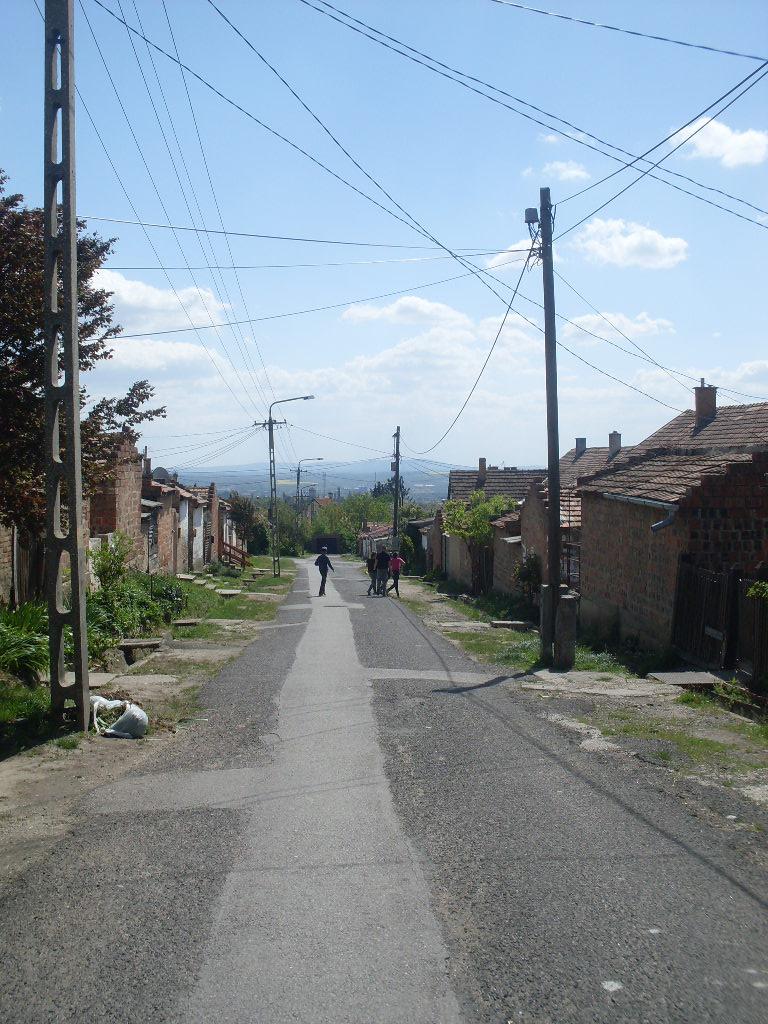 People organize within such segregated communities with a long term vision of breaking out of the poverty trap, and moreover from what is sometimes referred to as the “dependency trap”; reaching autonomy from the unpredictable (and barely functioning) Hungarian welfare system and an economy with conditions that provides virtually zero chance for the poorest to make a living.

As much the situation and experiences of these communities are hugely different (and in many ways more difficult) from a typical Transition community’s, with the strive to autonomy we saw a parallel; wanting to break away from large and rigid structures that we do not see beneficial to our wellbeing be it a fossil fuel based economy or institutionalised racism. And when it comes to working towards these long term (and sometimes seemingly all too far away) goals, the projects and activities both “type of” communities set up seem to be along the same topics — which of course shouldn’t be that surprising as we are all the same human beings wanting to live a peaceful life.

What are these topics? Energy, food and agriculture, local economy, influencing local (or higher level) politics, institutions and authorities to take into account people’s needs, alternative education and of course bringing together the community and having fun. And when they feel something is working, these communities want to let others know that they are onto something and want to share and learn from others too. And this is what we set out to facilitate.

Alliance through the need for sustainable energy

In 2013 we went out to get to know the communities we were about to involve in our network and recorded surveys and questionnaires. We also visited Nagyszékely a now proclaimed Transition community organized around families adopting permaculture principles. We realized the array of masonry heaters that were custom built in a number of homes. To our luck the mason behind many of these happened to be in the village at the time working in one of the houses. I rushed to speak to him before heading back to Budapest and asked him if he was interested in working with a Roma community to find sustainable heating solutions. He was up for the challenge. 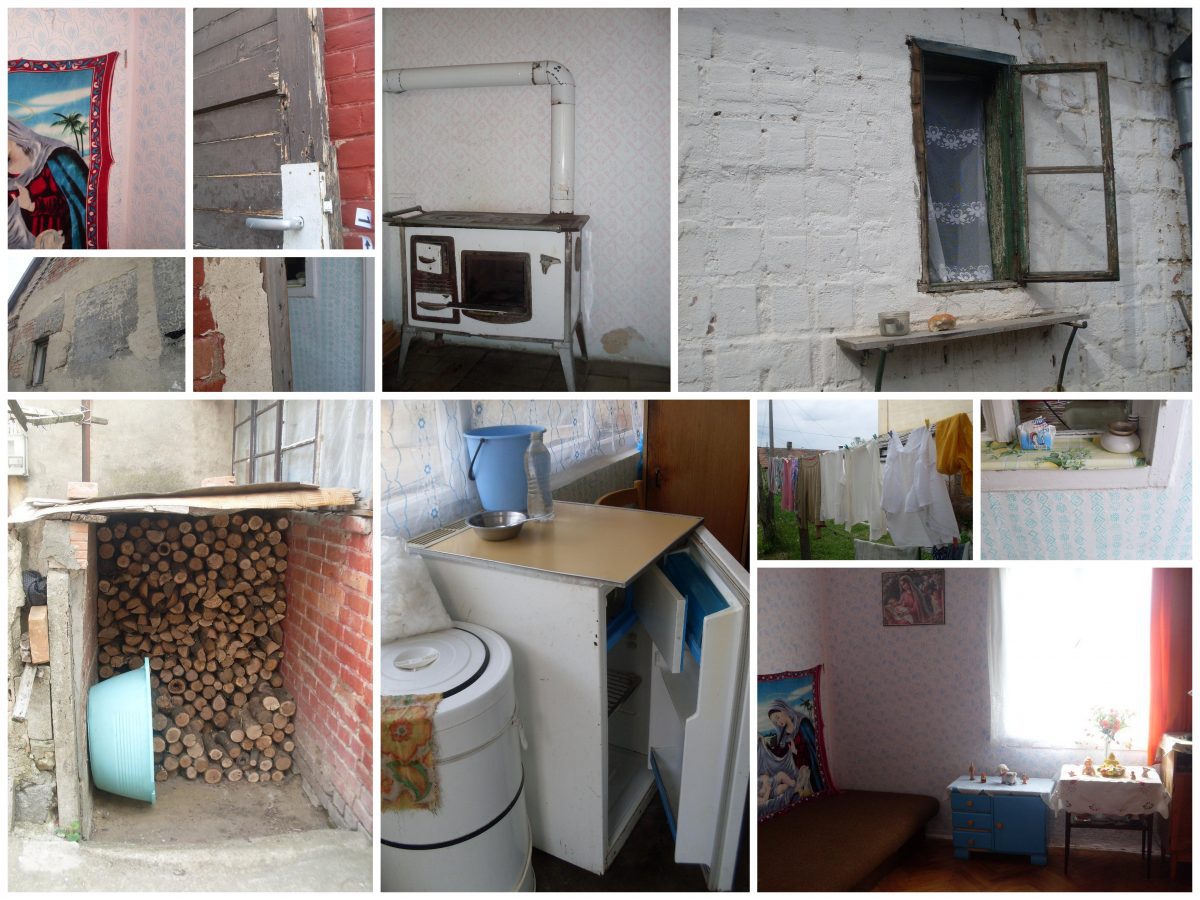 As it turned out this mason was from the nearby city of Pécs, where one of our segregated communities is located. This is an area of around 900 inhabitants living at the edge of the city in a former mining settlement in row houses of typically 30 m2 (about 320 ft2). We set up a community planning session where the mason and the locals came up with a technology all agreed would be very beneficial to the typical household in Pécs. That is a heat storage built from reclaimed bricks and locally sourced clay, which is built in the adjacent room to where the heater is, diverting the smoke and heating up a room formally unheated before the smoke enters the chimney. Few months later we built the first one of these “heat batteries”, the second one a year later and a third one was built by a local without needing the mason’s presence. By this we have developed a cheap intervention that significantly improved the efficiency of heating and adds to the comfort of the inhabitants. We are now working on scaling up this project and have built a prototype in another Roma community where now many want one of these batteries in their homes.

The community in Pécs really got the hang of “appropriate technologies” (a term coined by E.F. Schumacher in the 1970s). We, the Hungarian Hub, organized a day long workshop based around the topic giving lectures on the bigger picture of how technology, climate change and resource depletion are related, followed by a hands-on session where members of the Wekerle community taught the participants how to install post-fitted insulation on old windows. They took this on and that year insulated the windows of 12 houses within the community.

They also organized a community day where we built a large rocket stove (with my instruction) and a herb spiral in the garden of their community centre. The same year two members of the community took the skills learned here and helped another neighbouring ex-mining settlement to do the same, this time our help was not needed anymore.

When we offered the possibility of a micro-grant, the Pécs community decided to set up their own small-scale biomass briquette manufacturing facility in order to be able to produce alternative fuel to wood. They knew how such a thing works as they visited one of the other Roma communities in our network who had one already (the visit was enabled by our Hub too).

With the previous example I wanted to illustrate the kind of linkages that our network in Hungary made possible. Of course during these years it wasn’t only practical skills and experiences that were exchanged. Many real friendships formed during the numerous meetings and visits we facilitated forming a support network between individuals committed to their communities. We are confident that we started to create a culture where transition can happen across borders that all too often divides people in society.