Tracey Wheatley of Transition Wekerle and the Transition Hub in Hungary, reflects on making things happen where you live.

At the offset, it’s an interesting combination of words: activism is something demanding, up-front, with a sense of urgency, innovative by necessity, the dynamic edge of social change. Inflatable cubes for cop-proofing demonstrations? We can do it, courtesy of such innovative teams as Beautiful Trouble. Veterans for Standing Rock? The cavalry – their words, not mine – is on its way, with courtesy and bravery to stand next to Native Americans protecting water from oil.

Community, on the other hand, for me still resonates with conservatism, a concept tinged with privilege that we never really paid much attention to, but have come to value nowadays when everything else seems to have failed; I guess I picked up some prejudices along the way that left me smugly categorising community as something village ladies do that requires a lot of baking. It didn’t help that the real name of the much hated British Poll Tax was actually Community Charge, a very divisive piece of Conservative party legislation. Ironically, the resistance to this legislation gave me my first insight into what a conscious community can achieve; community these day has become almost a byword for All Things That Are Good.

What do these words have in common? Much to my shame, I have a pre-coloured attitude to them, deeply rooted in cultural experiences that taint my lens, for better or worse. Thinking through the sum parts of the particular niche of social innovation I guddle with every day, provides me with a little insight into how much a slave I am to the baggage I carry, the things I don’t question. We all inadvertently put together our own particular perception of how we contribute a little bit to what deep ecologist Joanne Macy and writer David Korten call the Great Turning, our hope-filled story of desired social change, and it was a revealing process trying to understand my own biases and then challenge my perceptions to be able to appreciate how powerful the two words Community and Activism are together.

But we can’t forget the third word in our social innovation concept: Local. This one word comes quite refreshingly without any accumulated baggage. It has no her-story.

Besides having local shops, or the closest pub being known as the ‘local’, local didn’t collocate with anything particular for me, and certainly could not boast the positive connotations now gravitating to its polarity. When saying me, I think I could venture a guess and say me is a royal  “we”; maybe it was just growing up in 1980s’ Glasgow, but we didn’t have a concept of local. It would have needed something not local to contextualise it. And that happened. Local came along when it arrived on the shirt-tails of global, as we countered globalisation with a more wholesome notion of localisation that was still looking for content; the Pandora’s box of the former loomed as a threat to things we had not yet had to define, the newly loved treasures of local food, local decision-making, local economy, local seeds, local energy. Local appealed as something we could recognise, something with a compact neatness, as we grasped for solid straws in the anti-globalisation debates.

What Transition offered us in Hungary was an empowering framework within which to recognise local as a place of positive social change in relation to the global issues of climate, economy and energy. Each local community slowly reveals its own unique strengths, a new awareness of taken-for-granted local resources, and most importantly, recognises and forges pathways for self-organising based on constructive and supportive attitudes; together this has given us a different type of lens through which to view our neighbours and our locality in respect of the euphemistically labelled ‘challenges’ we are tackling.

Transition Wekerle: what we are (really) doing

My own neighbourhood Wekerle Estate, where Transition Wekerle has grown in its own uncertain way, is undeniably predominantly middle class, a bit of an artisan district with a strong local identity, a 110 year old heritage site, boasting the distinction of being Europe’s largest utopian Garden City. We are lucky, we have these stories to draw on, a local urban-rural consciousness that can underpin our ideas of a sustainable future. Most importantly, we have relationships which formed through local identity, common values and shared work, where many skilled and creative people experiment, and others have found a chance to repair their own battered self-worth, re-valuing themselves as they contributed to what both they and their community value. 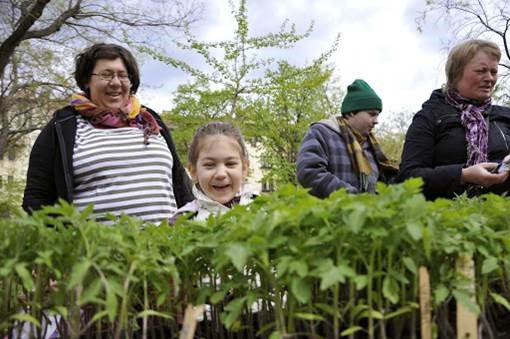 It’s always difficult to answer that much-posed question, what do we do? On the surface, we revitalise the local market, we help local people insulate their houses and new gardeners to relearn to compost. We offer up heritage tomatoes for adoption, and share seeds and tools. We organise garage sale festivals and collect healthy food to support local families that have fallen well through the non-existing social safety net. We dream about getting our hands on the old cinema building on the main square, but that one has so far proved elusive. 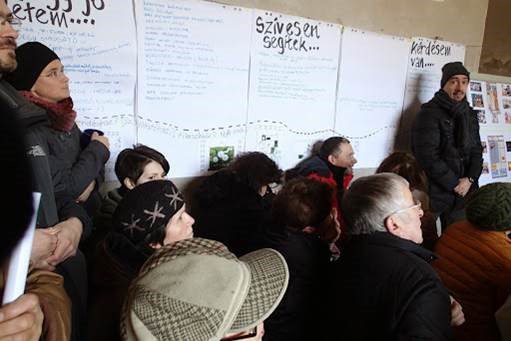 But the issues are just the surface. What we are really doing is reweaving a local social network that encourages and supports mutual aid, solidarity, sustainability and creativity. So far we have thrived on being informal and unfinanced as that has kept relationships and networking in the foreground, as – apologies for sounding utilitarian – our connections are our wealth and our resources. Our currency is the satisfaction wrought from trying to make things work better, a sense of belonging and purpose. Is this socially innovative? For me, yes. 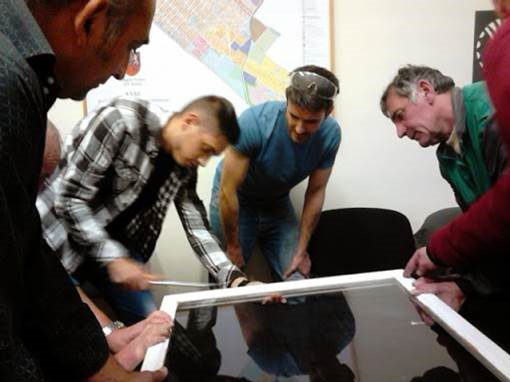 There is a lot said about how we need to tackle climate change at local level. No argument there, but the question is how; climate is no longer only about ‘our heads’, about understanding and debate, but more about – in Transition-ese – our heart and soul, about how we are present in the world as ourselves, as individuals and communities. To deal with climate, we need to deal with connection and disconnection, rebuilding the sustaining local web that makes so much human interaction just simply ‘normal’. Locality is an invaluable incubator in this respect. 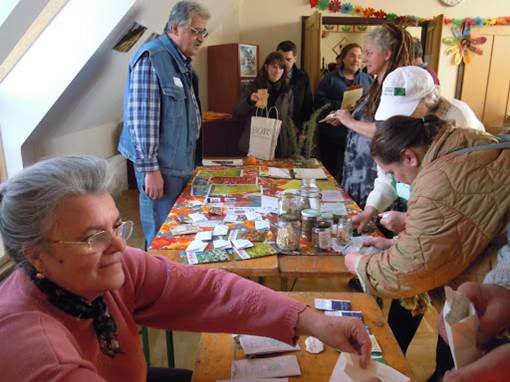 ere in Hungary, where the last few years have seen a massive growth in local community activism, activity at local level is offering a new narrative, one about a more caring, fair and engaged society rooted in place; this in turn has the potential to reframe our own story, where we are not part of the problem, but rather part of one of many shared solutions. 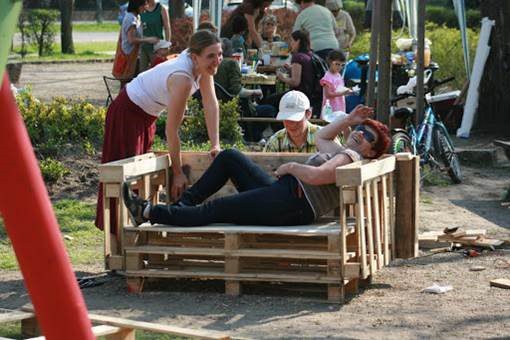 ‘Small is Powerful’: Transition in action in Hungary.

Syria on your doorstep: a community response to refugees in Hungary

Today we have a guest post from Tracey Wheatley, co-ordinato...

The Impact We’re Having: Zsanett and Zoltán of Transition Hosszúhetény

Hosszúhetény is the most populous village in Baranya count...

The Youth Exchange “Transition in Action” under the Eras...