Danish Transitioner Tanja Aertebjerg is thinking of going into politics.  Should she?  She’d love to know what you think.

In Denmark we have seen a new political party arise, Alternativet (I guess the name is universally understood). It is very much like the Icelandic Pirate Party, Podemos in Spain and other green parties coming forth all over Europe – and hopefully all over the world.  The party´s core values are very ‘Transition Movement’. They just don´t know it (yet). It started as a movement too, but with the aim to get into Parliament, and still very much is more a movement than a party, although in spite of only existing for 3 years, and having just one and a half years in Parliament (where they got 9 seats out of 179 at the first attempt), they do face some structural challenges, and also maybe power issues – signs that the old system is still powerful, and habits die slowly?

They struggle with transforming a movement into politics, and in my opinion (with fear of sounding as though I’m judging, which is not intended) they are very much ‘hearts’ and ‘heads’, but not so much ‘hands’, and the hearts have not had much Inner Transition training – yet. It is tough right now.

As the founder Uffe Elbæk (see below) says “We are now a 3 year old baby. We were only just born, have learned to walk last year, and now we need to learn how to speak…”. He is visionary, a good storyteller and has heart. But (in my opinion) he lacks the skill of telling the numbers, the stats, history and facts that the world needs to learn WHY we feel and want what we want, and he comes from the old system too, and might have a bit of a hard time letting go of the power. 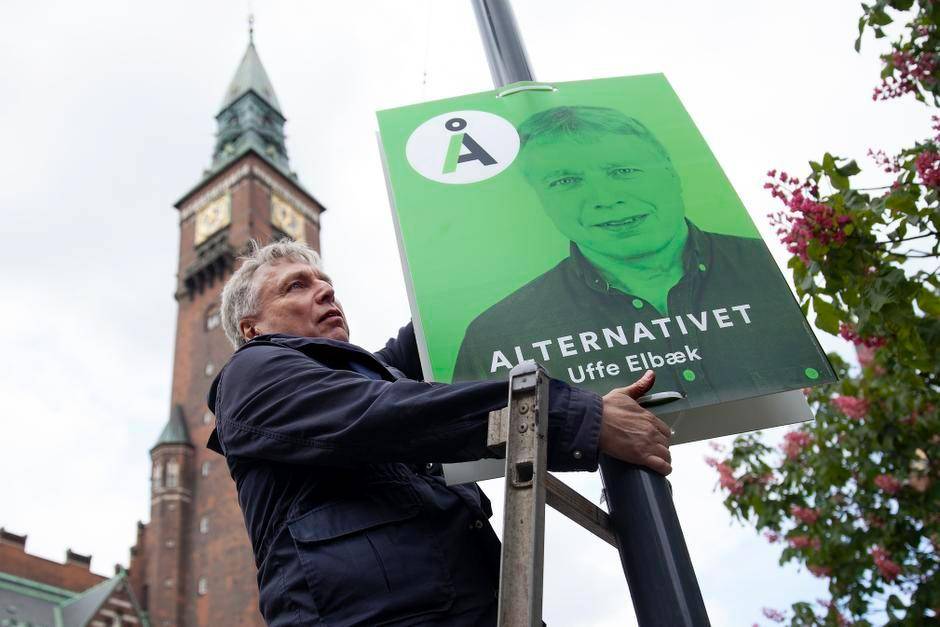 When I say “these guys don’t know they are Transition Movement”, it´s because some of the things they struggle with are things TN has been working on mapping, finding tools for and formulating for the past 10 years. It is happily a movement that we see all over the world, as it is the only sane thing to do – that’s why we all go along, right? To stay sane, fighting our Climate Depression by doing stuff. We stay sane by knowing these tools and using them.

That is also why I think a lot of the people in the Danish Transition Hub, and all around the initiatives in the country are more or less involved in the party by now. They see the need for the tools. There is a local election to the municipalities November next year, and it seems like a natural step to support the party with the knowledge and initiative thinking, coming from the Transition movement, and help others or chose to run for the city councils by themselves. It´s that itch for system change that needs to be scratched.

Like in Frome in UK, whose former Mayor and his wife came and gave a talk at Alternativet’s halfyear gathering a couple of weeks ago, to inspire us. They asked if there were any Transitioners in the crowd, and those of us who were present cheered in response, and came up for a chat after.

But we felt we had to address this in the core group. Was it OK to be active party member when representing TN? I have been asked to run for candidate to the city council in Copenhagen, and others have already decided and are running. We agreed it´s OK to wear the TN-hat in the party, but not OK to wear the party-hat in TN. So when we do Transition work we are not representing Alternativet, but we gladly spread the knowledge of and about TN in the party.

I am scared to (* place 4 letters of choice here please *). Not about whether I get the candidacy or not. I have no personal political ambition, and it´s perfectly fine if someone else gets it.  It´s for the cause, and I´m not the only one capable to do the job, there would be no loss of face or pride. No no-failure-culture-issues for me.

My worries are bigger. Will my energy for this cause be spent better inside or outside the City Hall? Will the old system devour or rot my TN heart, suck my energy whenever I see the old system win a battle – politics can still be war? And will I be able to step up to the hardcore 2nd generation career politicians?

When I say I have been asked to run, it is by many people. And by both people who have known me for long and who know me well, and by people who have got to know me recently through my participation in the activities regarding the policymaking on UBI among others within the party. When people encourage me I of course get flattered. I am grateful for the recognition. Yes, I know a lot, and I can talk (!).  And feeling needed and flattered is nice.

But I keep having these mixed feelings on “am I the right person, if I don´t have being a politician as a personal ambition?”, and I think I can answer myself on that: I think that’s what’s missing the most in politics. That is not new, but I think it is becoming needed when even the Social Democrats here in Denmark sells our public electricity company to Goldman Sachs – a little too fast, too cheap and forced, and harvest a job at McKenzie right after – as just one example of too many.

I also have to search myself as to whether it’s fear that suppresses my enthusiasm. Fear of the old system and its representatives. If that is so, I know myself well enough to not ever to subjugate myself to it, but then really wanting to step up. Is that it? To some extent, I guess. 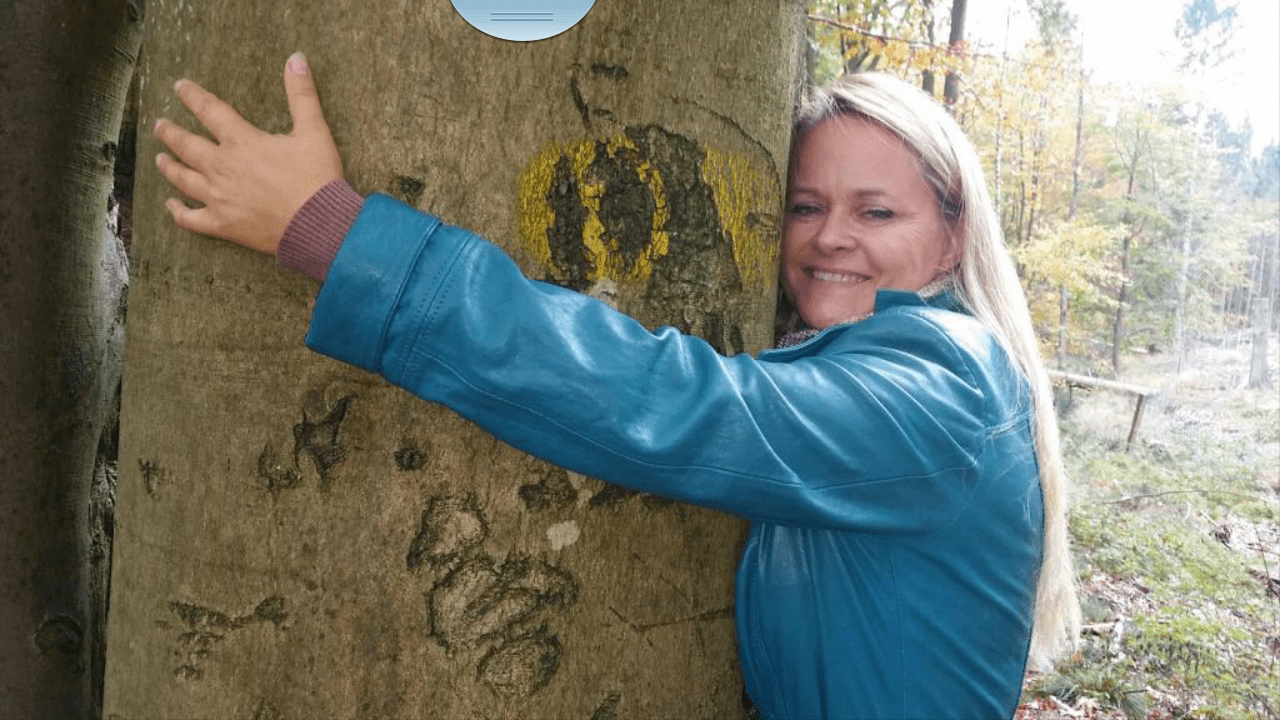 Another “but” is the feeling that if we all join one party, will it then be possible to avoid that the Transition movement here then will be associated with the party? That has been my motivation for not joining too closely up till now. I also love the way the great Vandana Shiva puts it in ‘Demain’ when asked if we should disobey the law: “What we do need to do, is to obey the higher laws.

There are two: First the law of Gaia. Never do anything that hurts Mother Earth. Secondly we shall obey the constitutions, the Laws of Human Rights”. When put like that (not going against anything, but DOING the right thing – VERY Transition´ish), I think it is very simple. But with that as a compass, can I then sail the dark waters of party politics? What to choose?

And it is NOW I have to decide. The candidacy has to be declared early January the latest. The first 12 of 18 candidates from my district have been found, but due to a wish to make sure there is a great diversity among the candidates, they have split the election into two. The first 12 represents 5 women, 6 men and a candidate who self-defines as Queer, but all but 1 (or 2) of them are white middleclass with middle to long academic educations.

I represent a lot of the things they feel is missing in the pool, having a hidden handicap, being a female entrepreneur (never finished my biology studies from the university – so no paper to show for an education, no good at making money – but great at making networks), have had a depression, have seen the dysfunctions and decay of the system from the inside from many angles – the health, education, business and social… The only things on the list they are missing I can´t fulfill is not being of another ethnic group, or being young (or older than I am). 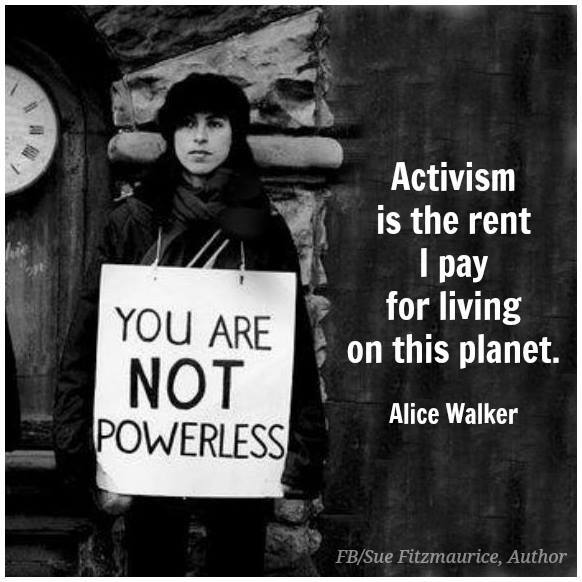 But – should I jump into it because someone else has told me they think I should? Is it OK to do it and commit myself for the next 5 years (1 to run, and 4 if elected) if I am in so much doubt? Should I do it without the enthusiasm and ambition that I know I lack? Am I big enough for it without that? Should I face my fear and step up – is that what it really is all about? Should I do it – for the cause, which sure is big enough?!

I asked Rob about it when in dialog about something else. His response was “Lots of people are going through similar processes at the moment I think… I think if you feel you have the time, and the energy, and it won’t politicise the work you already do in terms of Transition, then go for it. If there was ever a time we needed good people stepping up into such roles it is now”.

So these thoughts appear all over right now? Then I would really like to hear your reflections on it. How does your inner dialog regarding this sound like out there in the world? Is the movement ready? Or will our energy be better spend in the grassroots? Will we be able to change the system from within – something we have told each other was impossible. Please share.

Should Tanja run in her local elections? Is she doing the right thing? She’d love to hear your thoughts. Please post any comments for Tanja below…

Report: converging for the common good in Hvalsø, Denmark.

I first visited Denmark in 1995 when I was doing my sustaina...

Our 10 Tips for Reinvigorating Local Democracy – in one place

Peter MacFadyen is a founder of Sustainable Frome (a Transit...

Peter MacFadyen on Independents for Frome

Something remarkable is happening in Frome, a story that off...