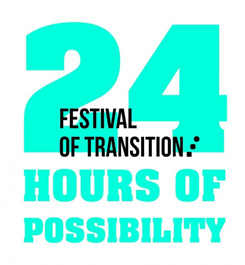 The nationwide ‘Festival of Transition’, coordinated by nef (the new economics foundation) and the Transition Network, has begun, running until 20th June, the first day of the 20th UN Earth Summit in Rio.
Instead of flying to Brazil, the Festival gives people the opportunity to do something positive about climate change and the economic crisis in their own communities.

The Festival is a unique mixture of walks, talks and a DIY day of action on 20th June. It combines a series of organised events at festivals, museums and institutions around the country with an open invitation to schools, workplaces and community groups to stage their own ‘real-life experiments’ in living differently on 20th June.

Full details of the Festival events can be found at www.festivaloftransition.net ›

The ‘What if?’ events include:

The ‘Transition Walks’ include:

Community groups and Transition initiatives have already started pledging to stage 24-hour experiments in living differently on 20th June via the Festival website.

Does your Transition initiative have any plans to do anything?

“This summer thousands of people will fly to Brazil to wait and watch as politicians struggle to mark the 20th anniversary of the Rio Earth Summit, hoping for action to meet the scale of the climate crisis. International political action is vital, but we’ve moved beyond leaving it all to big, global conferences. People are impatient and want to take action themselves. The Festival of Transition is an opportunity to question, taste, and experiment with living better within life-preserving environmental limits. We believe that once people take a first step, they’ll want to keep on walking.”