May East is the Transition trainer who reaches the parts that other trainers don’t reach, geographically speaking at least.  She has pioneered Transition with rubber-tapping communities a day’s travel up a river into the Amazon rainforest, in Brazilian favelas, on kibbutzim.  I spoke to her by Skype as she sat in the sunshine on a balcony in Buenos Aires where she was preparing to give a Transition training that weekend.

May has been a trainer and teacher for many years, based at the Findhorn Ecovillage in Scotland.  She has been involved in ecovillage trainings and in facilitation training, driven by a belief that, as she puts it, “the destiny of the biosphere is going to be decided in the cities of the world”.  When she first heard about Transition, and that a training was due to take place shortly afterwards, she had what she calls her ‘Alice in Wonderland’ moment, feeling “I’m late, I’m late, for a very important date”. 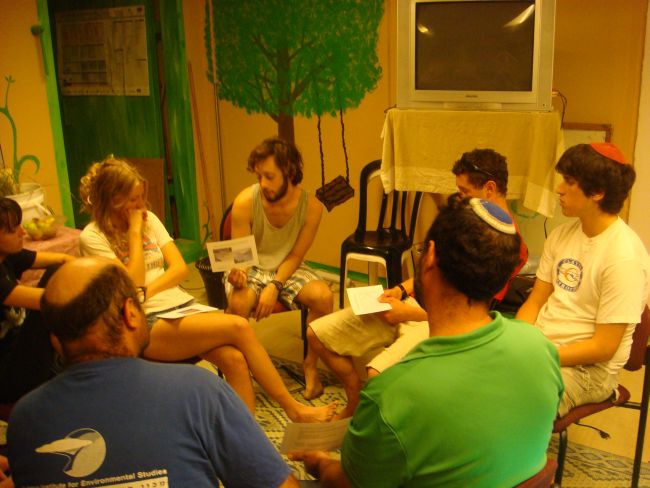 She attended one of the first Transition trainings run by Sophy Banks and Naresh Giangrande, and it was a revelation.  She found the merging of inner and outer Transition, the 12 Steps, the use of participatory tools, to be the perfect compliment and refreshing of the work she had been doing until that point.

May’s roots are in a range of social movements, anti-military, anti-nuclear, feminist.  As she told me, “I had spent my life waking up in the morning and putting all the energy that I had to deconstruct dysfunctional patterns of society”.  She now sees her role differently.  Quoting Joanna Macy, she refers to herself as “a nurse of a terminal system, and a midwife of the Transition world”. 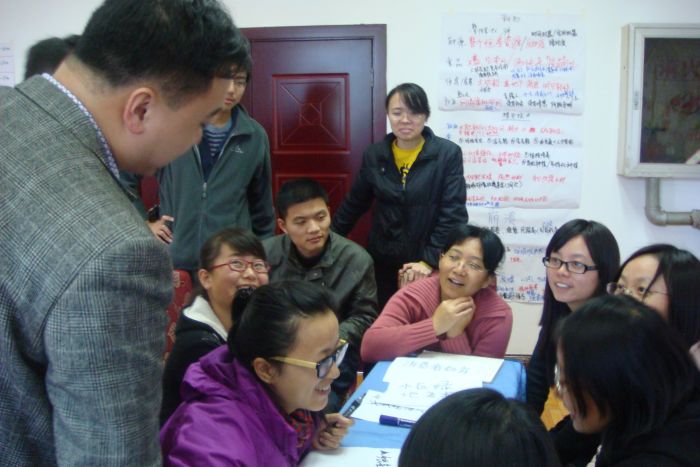 Whether you are teaching in what she calls “the Over-developed or the Under-developed worlds”, change needs two key ingredients May told me, the will of the people to effect that change and the right tools.  What most impressed her about Transition training was that “it offers very effective tools that can be adapted to a wide range of different circumstances”.  Indeed, one could be forgiven for thinking, given the places she has subsequently run Transition trainings, that she took the “wide range of different circumstances” bit as a personal challenge.

With that, she was off, starting with a teaching trip with fellow Transition trainer Nick Osborne, to give trainings in 6 cities in Brazil, including the favela of Brasilandia.  Transition took off, and went viral across the country.

She has given trainings in the Amazon rainforest.  May is herself related to one of the indigenous peoples who live in the Brazilian rainforest, who are related from early rubber tappers who settled between the two world wars.  Although the rubber tapping ended, the communities remained, embedded in the forest.  They had set up an embassy in a nearby city, The Embassy of the Forest People, and asked her to be their cultural attaché! 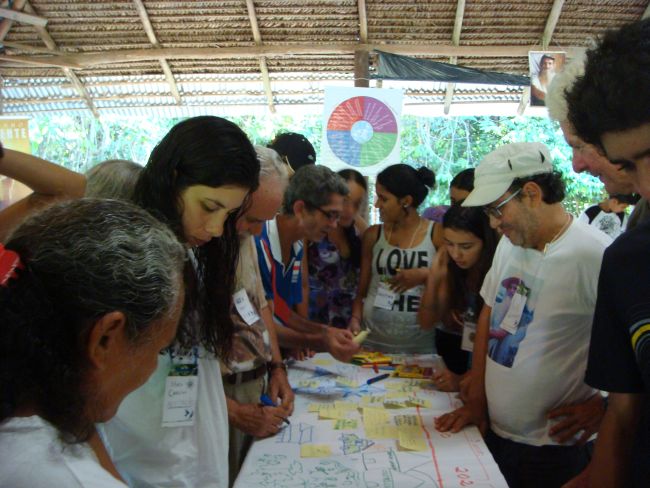 Gaia University had been invited to run their Designing for Sustainability training, as the community had been rather forgotten by development for many years apart from some aid, but were now being offered aid for houses and for 3000km power lines to reach them.  The question they were asking was “what kind of development do we want?”  When May arrived to teach the course, thinking that it would be the ecovillage material that was most relevant, it actually turned out to be the Transition training that people needed the most.  So what, I asked her, came out of the training, what did it lead to?

What is it, I wondered, that she gets out of teaching Transition in this way?  “Sometimes”, she told me, “there are critical moments when your input as a trainer can be very effective, when people have reached a certain point in thinking about these issues, and the tools and processes that the course gives them allows them to make better-informed choices about their future”.  As an example she mentioned Friburgo in Brazil, the town that suffered the appallingly catastrophic mudslides in January 2011 which led to the loss of around 500 lives and the destruction of much of the town. 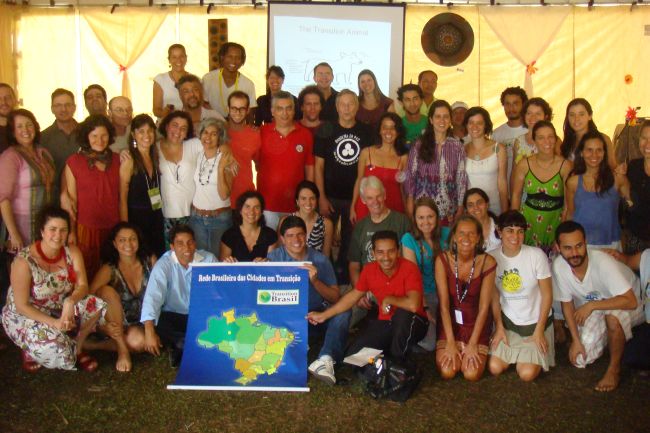 “What usually happens in these tragic situations”, she told me, “is that such a crisis attracts funding and aid money, but if the local economy is acting as a ‘leaky bucket’, with most of that money pouring back out again, it does not effect or enable any sustained change”.  She was part of a team leading a Transition training in a town close to Friburgo when the disaster happened.  The group put out an offer that anyone from the town could come and be part of the training free of charge, an offer a number of people took up.  As a result, Transition is now one of the key approaches that is being used in the rebuilding of the town.

What, I wondered, did May consider to be the unique quality of Transition training?

One of the challenges many Transition initiatives encounter is how to sustain the momentum after the initial glowing feelgood phase.  For May, one of the key things is the ability to step across into turning the ideas coming through Transition into social enterprises.  If Transition remains a hobby, not our main job, then it will always be struggle.  As she puts it, “we have to enable the possibility of putting both feet into the Transition paradigm”.

Lastly, having trained for a long time, and having delivered many trainings, I was intrigued to know what it is that she think makes a good trainer?