UK Chancellor of the Exchequer, George Osborne, said recently “we have to move to a new model of economic growth that is rooted in more investment, more savings and higher exports”.  This growth-at-all-costs mantra runs through pretty much everything, yet at the same time, something fascinating is happening in pretty much every town and city in the country, indeed all around the world.  A new model is emerging which eschews growth for its own sake, appreciates that businesses can get ‘big enough’, which favours local markets over export markets, and which doesn’t seek market domination, rather to inspire others to follow suit and become innovators and entrepreneurs themselves.  Am I talking about the Degrowth movement? Or Transition? No. The craft beer movement. 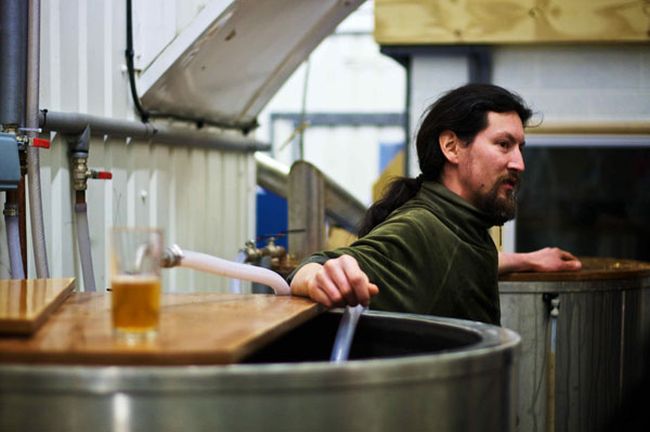 In the conventional business world, being a business that isn’t that bothered about growth is a radical, counter-intuitive even, position to take.  Yet Evin O’Riordain of London’s wonderful Kernel Brewery (see above) told a recent edition of ‘In Business’ on Radio 4:

“There isn’t an impetus here on our side at the moment to get any bigger.  That would make more beer, and that would also make a lot more work, and it could be quite a stressful thing … this is our family and our community round here.  It’d be so much preferable if there were lots of relatively small breweries around the place than having a big company that was dominant in a certain market”.

What, not planning for export markets in China?  For exponential growth? For flotation on the stock market?  Something fascinating is happening here, and that’s the subject of this post.

Welcome to the world of craft beer

What is craft beer?  It’s a notoriously hard thing to nail down.  For Wikipedia, it is basically any beer brewed in a small brewery.  Yet a lot of that isn’t really craft beer, it may just as likely be a traditional ale.  Craft beer tends to lend itself to a variation on the definition Justice Potter Stewart famously gave in the US when asked what pornography is, “I know it when I see it”.

For me, it represents an unprecedented explosion of flavours and tastes, of breweries vying not to sell the most beer into supermarkets, but to produce the finest beers they can imagine, to introduce people to new and delightful flavours.  It opens the possibility that the range of beer on offer could be as, if not more, extraordinary and diverse than what we assume to be possible for wine.  Indeed I would imagine that wine is already looking over its shoulder.  It’s a breath of fresh, somewhat hoppy, air.

But that difficulty in defining craft beer is, for some, part of its strength and its charm.  As Tony Naylor put it:

“The great thing about the craft upsurge is that it has made beer fans question everything. After years of lazy real ale dogma (cask beer is morally superior; lager is evil), flavour has become the paramount issue in beer. That is craft’s one guiding aim: the maximisation of flavour”.

What’s for sure is that the world’s taste buds, once they’ve been turned onto those flavours, are embracing them fast, and can never go back.  Once you’ve drunk Beavertown Brewery’s ‘Gamma Ray’ (see below), or The Kernel’s ‘Table Beer’, for example, could you drink Heineken ever again? 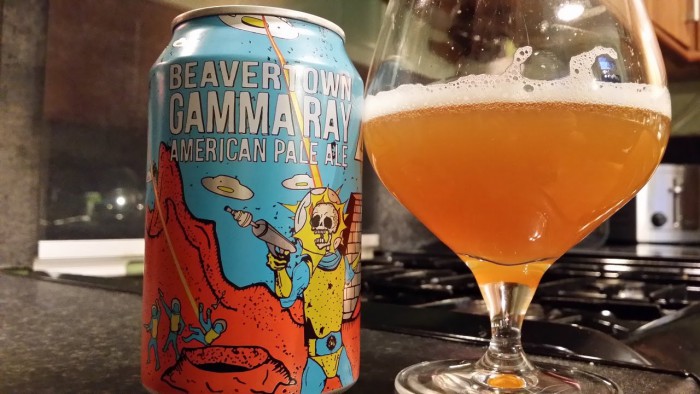 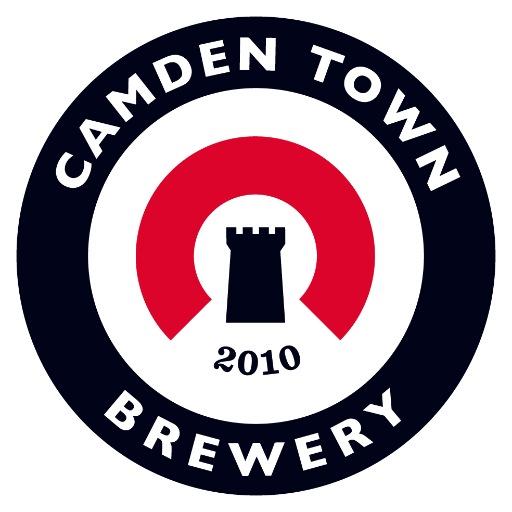 In the UK alone there are now 1,500 small breweries who now, between them, have a market share of about 7% and growing.  In the US, the market share of craft beer is more like 12%.  But last month it was announced that Camden Town Brewery, a leading craft brewery had just been bought by AB InBev, the company that create Budweiser among others (Budweiser has lost 16 million barrels between 2003 and 2013 due, in part, to the growth of craft beer), for £85 million.  They join a growing list of craft breweries, such as Lagunitas, Goose Island, Meantime, Ballast Point, Golden Road and others, selling out to the large breweries.

The idea that you can now buy ‘craft beer’ produced by a vast behemoth brewer feels like an interesting thing to reflect on here, a kind of fermented oxymoron.  I have to declare an interest here.  I am a director of a wonderful Totnes-based craft brewer, New Lion Brewery, which is deeply inspired by the craft beer explosion in the US, the UK and elsewhere.  It’s something I love being a part of.

The Camden take-over raises some fascinating questions.  In a passionate article reporting on it, Tony Naylor wrote:

…”for me, the idea that this corporate interference is benign, welcome or necessary, is naive.  But, why? Why does Camden Town Brewery need to be ubiquitous in Britain, much less internationally? In any serious expansion of a brewery’s capacity, growth is talked about as if it is a self-justifying rationale. But – and this goes to the nub of the ethics around craft beer – beyond a certain point, growth is all about profit, not exciting beer.

No craft drinker worth their salty gose wants to see, as is increasingly the case, the same handful of corporate-backed craft beers everywhere.  Indeed, rather than international craft brands, I would argue that what beer needs is more small local breweries, for both practical and ideological reasons. Beer begins to deteriorate as soon as it is shipped from the brewery, so drinking fresh, local beer is the ideal”.

The large, yet still independent, craft brewery BrewDog, who very publicly removed Camden Town Brewery ales from its pubs on hearing the take-over news, didn’t pull its punches in a blog it posted shortly afterwards:

“Let’s be honest, the intentions of these big companies are completely clear: they cut costs, they cut people, they cut corners and they take pride in doing so. Their God is market share and their stock market valuations; they act accordingly …  however, it is by standing for everything that big beer is not that craft beer become so successful”.

Growth for whose sake?

Is growth, for its own sake, always a good thing?  Is it a good thing that we are building many thousands of houses if they are poorly built, energy inefficient, lock us into high carbon lifestyles, are unaffordable, don’t create beautiful places where communities form, and lock people into a new housing debt bubble?  Is more cheap food always a good thing when you take into account the impacts of creating it?  Similarly, why is being able to buy Camden Town Brewery ales anywhere in the country a good thing?

As David Heinemeier Hansson, the founder of Basecamp put it in a speech that went viral online:

On craft beer and ’emergent properties’ 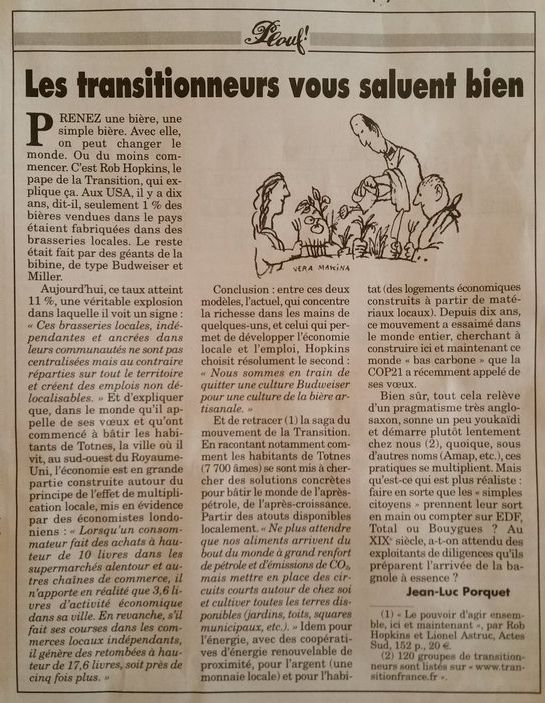 Just before Christmas, a piece appeared in a French newspaper (see right), based on an interview I had done while in Paris for COP21, entitled “The Transitioners say “cheers”” (I think), which began:

“Take a beer, a simple beer. With this, one can change the world. Or at least start”.

While I don’t actually recall saying that, and while it may feel like a bold and sweeping statement to make, I do think that the world of craft beer offers a fascinating window onto many of the wider debates emerging in this post COP21, “committed-to-1.5-degrees-on-paper-at-least-but-utterly-clueless-as-to-what-getting-there-would-actually-look-like” world.  The brilliant Kevin Anderson of the Tyndall Centre, at the end of an interview recently posted on YouTube, said:

“We live in a complex world.  Not just a complicated world, a complex world.  Climate change is a very complex problem.  The great thing about complexity is that it has emergent properties.  Things come out that you would never anticipate, in fact you cannot anticipate them.  We could see change emerge from different places, to give ourselves all some scope for thinking differently about the future”.

One of the places I see that potential, those “emergent properties”, is in the craft beer movement.  Here we have a shift already underway towards a more small scale, local, independent, high quality, more flavourful, lower carbon, more delicious way of doing things, driven not by a political campaign, but by simply being better at what it does, and doing it with such passion and creativity.  Yes, of course the failing giants that it is replacing will try to pick it up, mimic it, co-opt it, but when they do so it will crumble to dust in their hands, rather like the story of the Emperor who loved the Nightingale that sang outside his window, so he had it put in a cage at which point it stopped singing.

The craft beer movement has such huge potential to act as one of the butterflies flapping its wings so beloved by complexity thinkers.  BrewDog state “it is by standing for everything that big beer is not that craft beer become so successful”.  Indeed.  But I think BrewDog are missing a trick too.

Although various attempts at creating a Craft Beer Manifesto have met with varying results, I’d like here to suggest a few thoughts as to what might define the ground that the craft beer world could carve out for itself in reaction to the Camden Town Brewery news.  It brings it closer to the REconomy/Transition approach, and could act as one of the powerful sparks for a thrilling shift, a shift you can already see happening in some craft breweries, but only a few.

We’re half the way there already.  But a movement, an industry, which takes these ideas to heart, would be such a powerful catalyst. And we see the same latent but vast potential with bread, with vegetables, with meat, with finance and investment, with housing, with energy generation. The “emergent properties” and butterfly-flapping-its-wings potential of “standing for everything that big beer is not” is huge.  Perhaps our call to arms could be the words of the 18th century French Romantic painter Eugène Delacroix: “life, life at all costs, life everywhere”.  I’ll drink to that.

I’ll leave you with the words of David Heinemeier Hansson again:

“Examine and interrogate your motivations, reject the money if you dare, and startup something useful. A dent in the universe is plenty.  Curb your ambition.  Live happily ever after”.