Carolyne Stayton of Transition US reports on the arrival of the French film ‘Tomorrow‘ (‘Demain‘) in the US, and the screening in her home town of Sebastopol.

On Sunday April 16th Cyril Dion, the inspired filmmaker of Tomorrow joined us at our local theater in Sebastopol, California. It was Easter evening and still we had an impassioned turnout (about 130 people) who came out to see Tomorrow then stayed for a very engaging Q&A with the very engaging director. 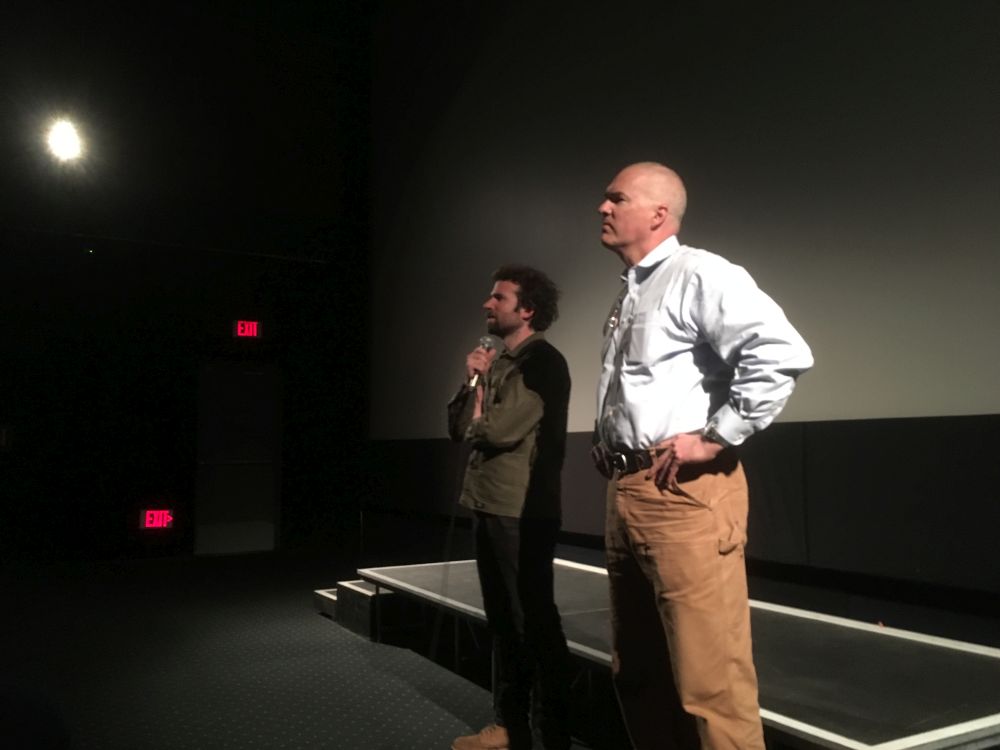 Cyril was joined by Robert Reed (see photo above), a character as lively and lovely in the film as he is in real life. Robert’s work is with Recology, a premier waste management effort in San Francisco which has a global reputation for all of the waste they divert. And it takes a film from France to help us know about it!

“Without question, this is absolutely the best and most creative film on the future of humanity and the environment”. Paul Hawken

Even though the film was relatively long – 2 hours – it is packed with inspiring info and a dynamite soundtrack. Those who saw it in our little city stayed for the after-film discussion and then funneled out into the lobby and struck up more inspired conversations. We got out of the theater long after the film was over and conversations still continued on the sidewalk.

At Transition US, we have been promoting the screening of the film across the country as well as in our own little corner of the world. One thing we will be doing is hosting an informal gathering to continue the conversation. We encourage other places to do that too. What a wonderful opportunity to convene that momentum and see where it might take us.

This film, which won the equivalent of an Oscar in France, provides stories from around the world, including several from the US. The film is unusual in that it is primarily focused on solutions and because of that it gives a real lift and a joyous buffet of possibility. Nothing is blown up, no-one is hurt and many people featured are extraordinary in their ordinariness.

Cyril mentioned that it is crucial to get the word out about the film and encourage people to attend in these early days. Theaters pay attention to numbers and won’t book the film unless other theater numbers are good. So far showings have beat projections. Here is where in the US to find the film. Tell others!

Some comments from viewers:

“Yes, this is such a good film--inspiring and informative. A must see.”

“I have definitely been spreading the word on the movie Tomorrow. Everyone should see it.”

“That movie gave me such a lift!”

Chris Bird guest blogs from Paris: A few weeks ago we showed...

Emmanuel and Elizabeth at Pocheco: “Let’s change everything”

When you ring Pocheco, a company that makes 2 billion envelo...