A guest post from Clare Power, a Lecturer at Western Sydney University:

I’d like to contribute some of my thoughts which were formed while doing a PhD that explored the Transition movement in Australia and found high incidences of burnout among Transition participants.  During the research process I kept returning to Alice Walker’s words ‘Look closely at the present you are constructing: it should look like the future you are dreaming’.  That so many of us in Transition experience burnout suggests we haven’t quite achieved the balance Alice Walker refers to, and it’s very heartening that Transition Network is currently focussing on burnout and balance.

I wonder whether in our striving for change we are valuing the importance of our processes as much as our actions, and I suggest that where we don’t manage this we are perpetuating the dualistic thinking which underlies so many of the problems are world faces. I’d also like to suggest that Transition could learn more from knowledge bases such as indigenous wisdoms, community development and permaculture as a way of addressing burnout at a more systemic than individual level. 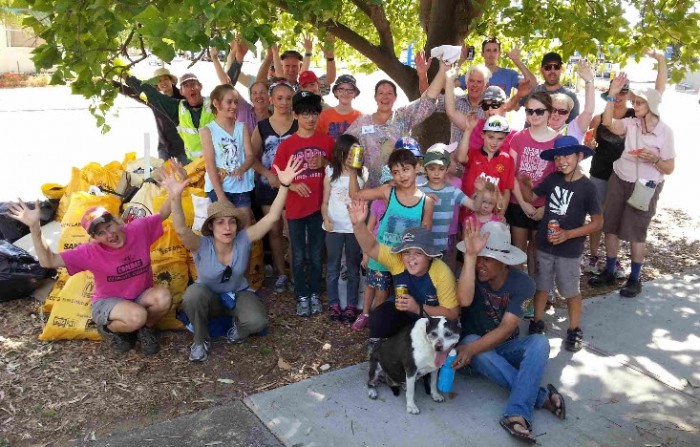 Just to give some background, I’ve been involved with my local Transition initiative in the Blue Mountains in Australia since it began in 2008, although at the moment we are in hiatus, due to our  life commitments and yes, burnout!  I chose to research Transition because I felt so passionate about it. I drew on feminist and complexity theories and Joanna Macy’s  framework of the Great Turning, which provides an experiential understanding that while many aspects of life are unravelling, there is also a shift towards a life-sustaining society. Joanna describes the Great Turning as having three interconnected dimensions: i) holding actions (activism); ii) analysis of causes and creation of alternative structures; and iii) a shift in consciousness.  Through the research I interviewed 41 Australian Transition participants and another 31 participants completed a survey.

Burnout emerged consistently as an issue for participants in the research with some comments as extreme as ‘it’s worthwhile but a killer!!’  While people acknowledged the sustenance they gained from being involved with Transition many participants felt challenged to maintain their initial momentum over time.  It seems that the main reasons for burnout in the Australian context are the inter-related issues of:

I noticed that burnout was not as strong an issue for the participants who had worked in the community sector and/or with non-government organisations. They generally seemed to feel that this gave them helpful perspectives on sustainable approaches to their work with Transition. For example Carla explained that she had  avoided burnout partly because as a community worker she had the ‘experience and know-how to get people together in a community, liaise with Council etc.’ She added that she had made choices about what she would do in terms of her involvement and that, on the whole, her Initiative’s focus is ‘about ensuring that projects we engage in are energising rather than draining’. 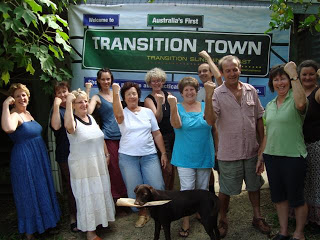 Inner transition, thanks in large part to Sophy Banks’  work is gaining more traction in Transition. It has been the aspect of Transition that has tended to address burnout.  However, my research found that, at least in the Australian context, Inner Transition is often polarised with ‘outer Transition’ (which we just call Transition!) which is perceived as achieving outcomes.  For example one participant commented ‘I think we feel the urgency to get action happening too much to feel we have time to engage with Inner Transition’.  Consequently, what are seen as personal issues such as burnout are put on the back burner.  This can even extend to inner transition being marginalised as the province of people (often women) interested in ‘inner stuff’, so that dualistic thinking is reinforced through  detrimental  binaries such as outer/inner Transition, action/process and male/female.

I wonder if it might help to address issues of burnout and balance if we reframed the concept of Inner transition to an ethics of care as a principle that underlies all aspects of Transition. In this way it can be perceived as an essential thread that weaves the integrity of process throughout Transition.  The idea of an ethics of care also connects with permaculture principles  which informed the design of Transition. Permacultures core ethics  are ‘care for the earth’, ‘care for people’, and ‘fair share’ , and many of the permaculture principles such as ‘catch and store energy’ and ‘small and slow solutions’ could guide us in avoiding burnout.  These social aspects of permaculture which  are invaluable to Transition are emphasised by permaculture teachers such as Starhawk, Robin Clayfield and Looby Macnamara.  Like community development, Permaculture  offers an incredibly rich edge of possibilities and knowledge and yet it seems to be under-utilised in a systemic way by Transition Initiatives.

Such knowledge and experience sharing among knowledge bases  is linked to the third dimension of the Great Turning: a shift in consciousness. Joanna Macy describes this dimension as a cognitive revolution and spiritual awakening to the interrelatedness of life on the planet which, she points out, has long been known by indigenous traditions. Interestingly, none of the research participants discussed learning from or working with Aboriginal people or communities which suggests that the silence about ‘indigenous knowledges’ in Australia is reflected in Transition. As well as local knowledge there are profound offerings from Aboriginal people that we have not acknowledged in Transition in Australia. For example, Miriam Rose Ungunmerr-Baumann of the Ngangiwumirr language group describes the concept of Dadirri. She explains it as ‘inner, deep listening and quiet, still awareness. Dadirri recognises the deep spring that is inside us. We call on it and it calls to us. This is the gift that Australia is thirsting for’.  In our quests to work for change, I wonder how often we pause to deeply listen to ourselves, to each other, to our communities and to other wisdom bases.

Perhaps, if we want our work with Transition to be sustainable as well as transformative we could re-imagine ourselves as co-evolving learning communities creating alternative stories which propel the Great Turning.