It was summer 2013 and wasn’t sure I was hearing right. So I asked again, “She’s doing transition training where?” The answer came back down the corridor and I replied, still not sure of my hearing. “Seriously? And it really takes a day travelling up the Amazon to get there?”

May East pushes the boundaries of what’s imaginable in terms of Transition Training. That time she was deep in the rain forest with an Amazonian community, helping them build capacity, vision a positive future and come up with a plan to take them in that direction.

Probably the most widely travelled Transition ambassador anywhere, May East, manages to surprise us all with her “tales from the edge”.

Her latest unexpected training took place recently in the heart of the Indian state of Orissa, on the Bay of Bengal. Here’s May’s account. 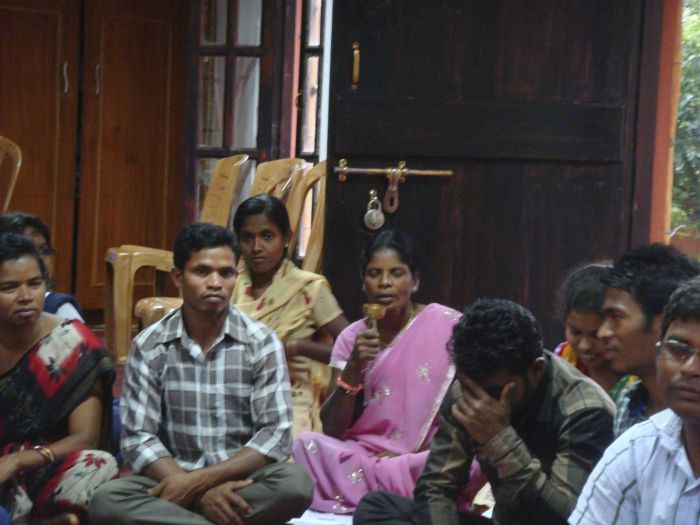 “Oriza” is a classical Latin word for rice.  Rice has been cultivated since ancient times in this east coast Indian State, endowed with fertile land and running rivers with paddy cultivation as the mainstay of the people.  The similarity between the name Orissa and the Latin name for rice has led people to believe that the name of the State comes from the crop known as Oryza Sativa.

In Orissa 70% of the population is dependent on agriculture. Although endowed with rich natural resources, 66.23% of the population lives below the poverty line*, with approximately 5964 Rupees per person a year (£100 a year!), the second lowest income of the 17 India major states .*2 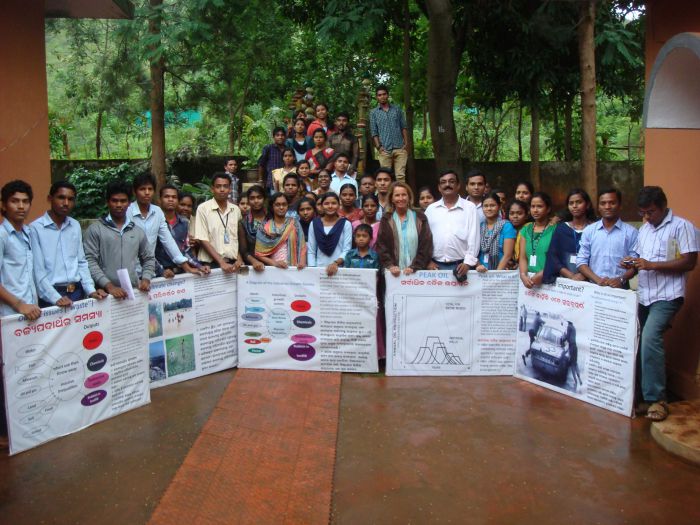 Each year a mixed group of tribal villagers, farmers, ONS women and college students will participate in a Transition Training (TT) followed by the month long Ecovillage Design (EDE) course.  The course takes place at THREAD’s Siddharta Village, for 20 years practicing & advocating organic farming, promoting indigenous culture & medicine and hosting Vipassana meditation courses.  Each year 250 families will benefit from the Grow Your Own Food initiative and the development of two vegetable demonstration gardens (750 families over 2.5 years). In addition the TT and EDE participants will work with approximately 100 surrounding villages in the neighbouring blocks to increase the impact of the project in region. 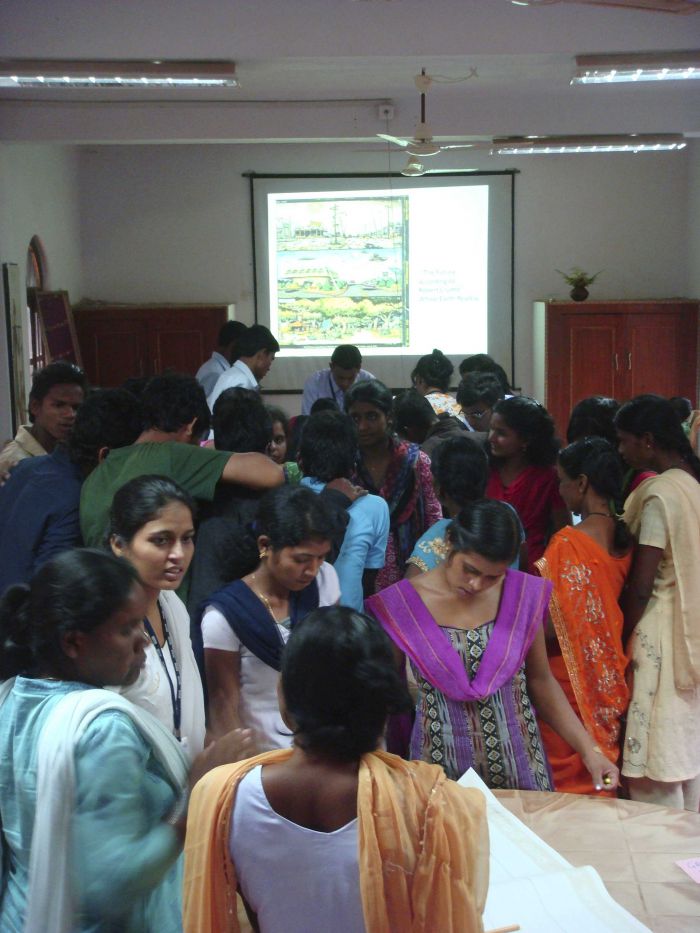 Transition Training materials were translated in Orya and community-led responses to climate change and shrinking supplies of natural resources were introduced to an eager group of participants. The Context, the 7 Principles, the 12 Ingredients, the 4 Scenarios, the role of Positive Vision and how to mobilize villagers were covered in 3 days of intense learning and bridging between worldviews.

Thousands of tribal villages around the state are currently in danger of losing their ecological cohesion. Koraput District in particular where we are working was abundant with 750 varieties of traditional paddy cultivation, which is now vanishing due to intervention of cash crops and GM seeds.  The traditional varieties of millets, yam, and tuber crops are gradually disappearing. Sustainable lifestyles and cultural values are being lost in the process. Our project intends to revert the process. 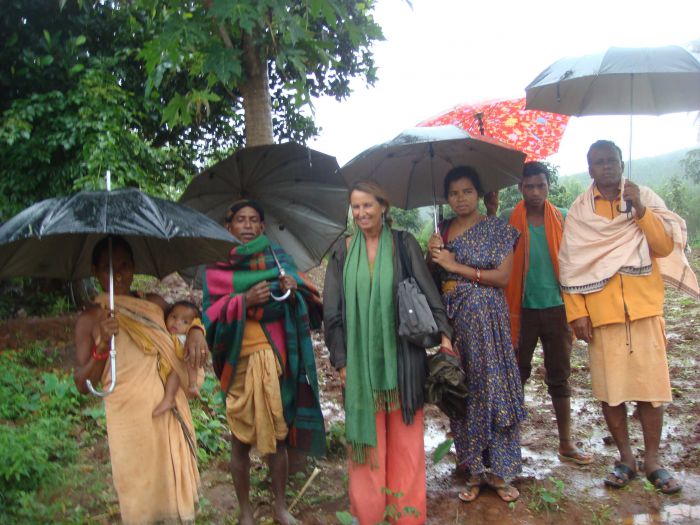 I arrived in Kakriguma Siddharta Village with the monsoon, which was nearly a month late to the disquietude of the tribal farmers. While the Hindustan Times was stating the Monsoon is the real Minister of Agriculture of India as it determines the course of farming, the India Times were indicating that the regional Telegana Rashtra Samithi government has come under pressure with over 120 farmers allegedly committing suicide, apparently due to lack of clarity on the farmer loan waiver scheme. Experts link the fact that the banks are not issuing fresh loans with the poor monsoon during the sowing season with the miseries of the farmers.

In parallel the Growing Your Own Food initiative has started with great enthusiasm. Since May we have distributed seedlings of banana, papaya, multi-vitamin, eggplant, tomato, drum stick to 140 families of tribal communities- our target is 250 families this year.  The intention is to diversify their vegetable intake, enhance their health and well-being. Representatives of all communities are learning how to save the seeds for the next season.

After a slight dip in activity the monsoon picked up, and as I left Orissa the farming communities and THREAD co-workers were confident that utilising ecovillage design and transition approaches we will break the cycle of food insecurity and strengthen their traditions to survive in rapidly changing environments.

Name of the Project

A huge thank you to May for pushing Transition way beyond our expectations, and for telling her story about it. We always had a hunch that the Transition process would be highly adaptable, but I don’t think we ever expected it to go quite this far! Where next, eh?