The first in a series of posts from Transition Hungary – Stories collected over the last few months. Grab a cuppa and join us:

Tracey Wheatley shares the nuts and bolts of Transition Hungary – a community organising and working together for a better future.

Ask most people and they’ll say that local community organising doesn’t come naturally in Hungary anymore: there isn’t much of a modern-day tradition of local communities standing up for themselves, and what there is is suffocated by the commonly held belief that the “Kádár system”, a particularly paternalistic branch of Hungarian communism, destroyed Hungarians’ ability to do things collectively – individual initiative was allowed, but only to advance self-interest, nothing more.

Contrary to popular belief, however, Hungary is full of inspired and motivated individuals doing just what their compatriots say they are predestined not to do: self-organise; cooperate; take initiative and responsibility. Care. They may not be the majority, but over the last few years with the growth in so many Transition-type activities, being a community activist can feel almost mainstream. Well, almost almost..

Our Transition HUB became alive when we asked people like this to share their stories. We almost literally knocked on their doors saying, wow, you have really achieved something here – can you share your story with these other communities – they’ve also got a great story to tell.  Somewhere there was a great local fuel project, somewhere else a great local food and farmer link-up, another place had a community cooperative, another a kitchen-garden or allotment program. Or a cool farmers” market, or insulation program, or a dream of a mobile garden. Lots and lots of small scale stuff, largely experimental, and according to the Transition Law of Just Doing Things, each had accumulated learning that creates a base for Something Greater. 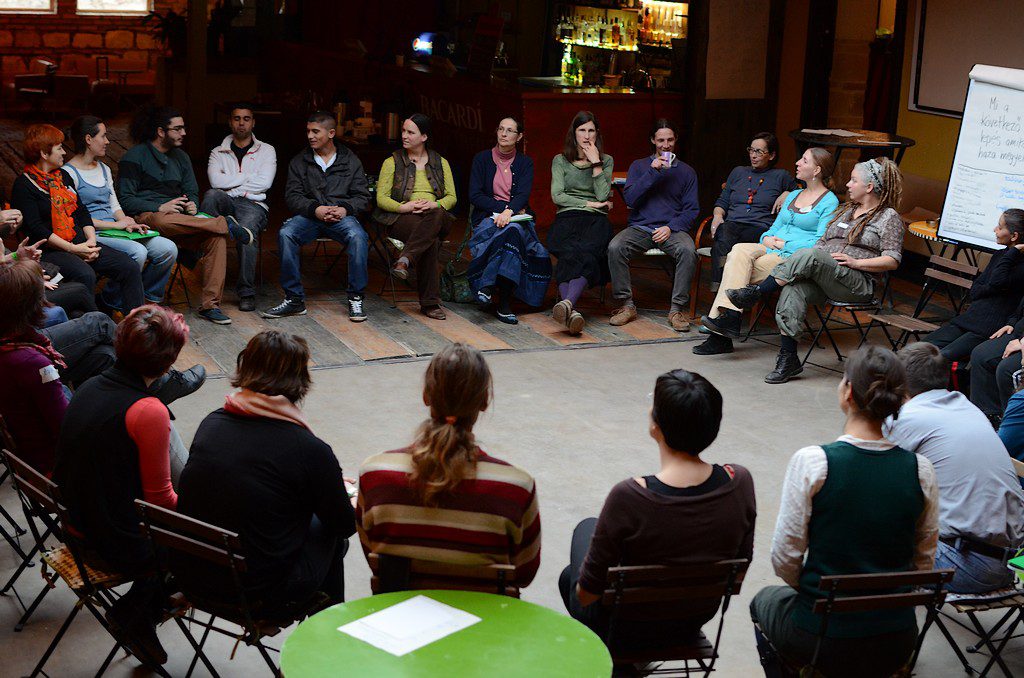 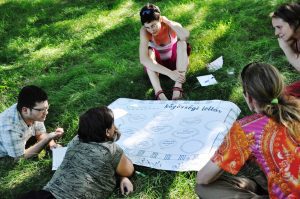 Everyone’s story contributes to our favourite tale: a Hungarian chapter within that much-needed narrative, where we are little by little creating so much momentum, the “Great Turning” is inevitable. Where do we put our energy? Into being and creating the change we want to see happen. Cliché, yes, we know, but like many clichés it has stuck around as it resonates even as it makes you cringe. It isn’t just a jolly tale we like to tell, it is a commitment to seeing sanity in the mess around us, stubbornly pointing to the seeds that feed something new and determinedly naming these seeds and nurturing their growth.

The Hungarian HUB”s energy goes into supporting what we call community catalysts, the individuals within a community that are supporting their own community’s transitions. Perhaps this was a term we chose too lightly – as someone better versed in chemistry than we are pointed out; a catalyst gives life to a process, but remains unaffected by it. This is far from true for those we work with, those people within eco-village, urban subculture and Roma communities that are zig-zagging along their own locally specific path towards some aspect of greater resilience. Their work affects them greatly.

We try to support them by creating times to get together, for trainings, summer camps, study visits, experience exchanges; by helping with new skills like mediation, mentoring, communications, motivation, cooperation; by opening doors to a different way of seeing things, challenging attitudes and assumptions and beliefs. And of course by telling these story still further, through social media, tale-books and pictures: we will only see greater change, if we capture more and more people’s imagination.

If we stocktake where we are as a HUB, we have ‘accumulated” amazing banks of experience, some workable routine and a wealth of supportive relationships across the whole country, intentionally with very diverse community groups.

We like to think of ourselves as part of a “szövet”, the Hungarian word for cloth, body tissue and weft, a word which captures some of the complexity we aim to hold together. Transition is not the main identity of those we work with, rather a secondary one that facilitates networking and links for wider support, bridging communities in a way that increases their resilience. Where Transition Groups have been set up they have proven in most cases to be pretty short-lived, for a variety of reasons that are probably quite unique to the Hungarian context; in most cases the initiators have been looking for a way to coordinate local environmental activity and Transition has been seen – wrongly – as a melting pot. The one exception is Transition Wekerle, the first and best known Transition initiative in Hungary, but that is another – long – story. 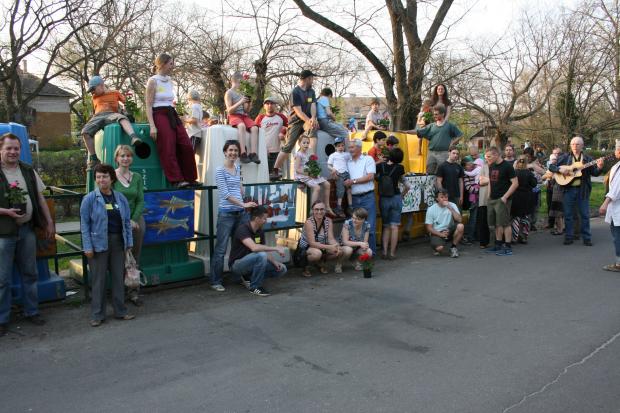 How does the Transition HUB deal with this? We don’t force the issue, but rather look for the ‘essence of transition’ inside the groups and individuals we know, an inter-cultural experience that has allowed us to create our own locally-responsive ‘brand’ of transition.

And that is our niche: we respond to a need that “progressive” community activists who are pioneers within their community have to share and be related to, heard and appreciated, and find opportunities to learn new ways to do their work better.  It’s a very human thing: we are in most respects pioneers and that is rarely an easy route. Most of us are volunteers juggling family, work and passions at the one time, in the face of many frustrations. Most local initiatives are completely volunteer based and self-funded. Relatively few have reliable and sufficient income. And some communities deal with problems that seem more reminiscent of the Global South than Europe… 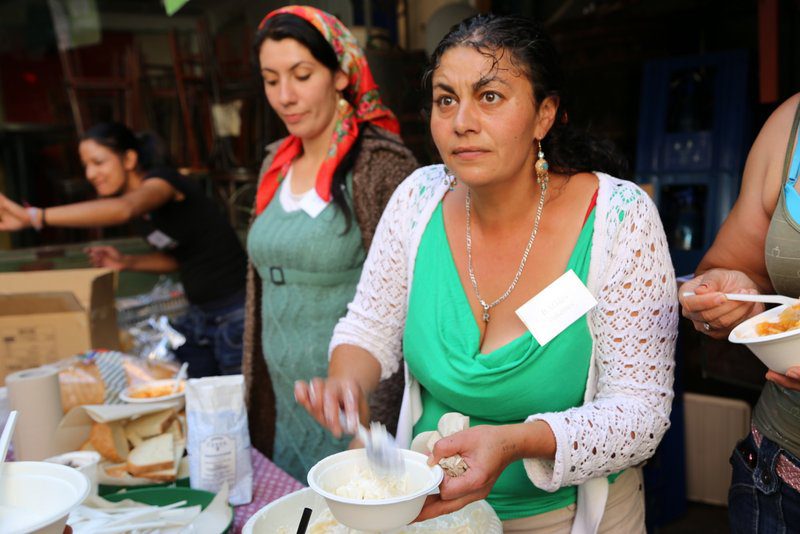 Thankfully local level organising is becoming more widespread in Hungary: community organising in the ‘American style” is also taking root, enabling activists to collectively pursue social rights; community gardens have become catalyst spaces for wider community involvement, when 5 years ago not even one existed; alternative economy is taking root in totally practical ways through massive online groups such as “Budapest – everything for free”; the cycling community has been extremely successful in creating a positive movement for a bike-friendly Hungary.

This is really important to us: the bridges to other social movements are tentative, need nurturing, but are essential, particularly in difficult times. And we have one of these so called Difficult Times staring at us right now, a story just unfolding; we receive a small amount of funding from the Transition Network, and according to fledgling legislation just coming up in the Hungarian Parliament, this may qualify us for the stigmatising title ‘foreign funded agents’.

That, again, will be another tale, hopefully one where the combined actions of all levels of civil society defeat this particularly nasty looking 7-headed dragon. Transition always has a context; would we be wrong in wishing for one more supportive of urgent citizen action for climate change?