We are experiencing a convergence of events that leave us in no doubt that Transition’s time has arrived in Ireland – at long last!  There seems to be greater acceptance that climate change needs to be addressed. Long overdue you may think, but it was a hard fight. There are still strong pockets of resistance which are feeding on the discontent of home owners fighting the proposed industrial wind farms for energy export.  A few governance changes are also happening. There is local government reform which has been designed for greater public participation, the Aarhus convention came into effect last year and a new national policy on energy is being drafted. 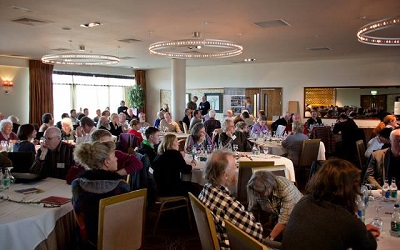 Over the past number of years more and more people have been alerted to energy issues. There was proposed drilling for oil off the coast of Dublin, a massive threat of fracking on both sides of the border and the Shell to Sea battle has been raging for many years. However the issue that has woken the greatest number of people up is the proposed industrial wind farms for the midlands.

2,500 industrial turbines across 5 counties in the Midlands. This has alerted people to the fact that the planned grid upgrade currently being contested goes way beyond our needs and is probably being constructed to accommodate mass wind generation.

Last November a regional Transition hub hosted a national conversation about energy. The People’s Energy Charter, PEC, evolved out of that meeting and has become an alliance of energy related groups from all over the country. The PEC has one agenda – comprehensive public participation in all energy plans, policies and projects. This means that PEC has been working primarily with policy makers trying to evoke a conversation about comprehensive public participation. 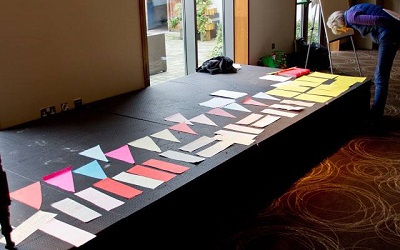 Meanwhile the advisory body to the government, National Economic and Social Council, have been trying to figure out how to achieve community acceptance of wind energy. During the course of this dilemma they commissioned research to help with the problem. A member of the TINI core group attended a workshop to discuss the recommendations of the research. The pre workshop papers were a gift! The recommendations are for a national energy transition plan! You can read on that workshop here.

On May 24th we held a national transition meeting to discuss these converging circumstances. There was a unanimous decision that TINI support the work of PEC and seize the opportunity to showcase the transition process. We will have a full report and pictures on that meeting soon.

TINI have requested a meeting with NESC so that we may explain the Transition process and how it has worked in Ireland to date. The email is available to see here. Fingers crossed all goes well and we meet them soon 🙂