On July 11th, I visited Worthing in Sussex for the fourth Transition Thursday.  It was an amazing days, and thanks so much to everyone who made it possible, especially Pauline, Gillian, Steve and Anne.  On a day blessed with blue skies and sunshine, we spent the afternoon visiting three different land-based projects of Transition Town Worthing:

We then headed for the beach, in order to ‘launch’ The Power of Just Doing Stuff into the sea in a beautiful boat that had been especially built for the occasion.  Complete with a sail bearing the front cover of the book, it was launched into the sea, several times, finally with the help of Anne, who stripped off and dived into the sea to take it beyond the breaking waves, but it still made its way back onto the beach, so we retreived it and took it to the evening event, and more later as to what then happened to it. 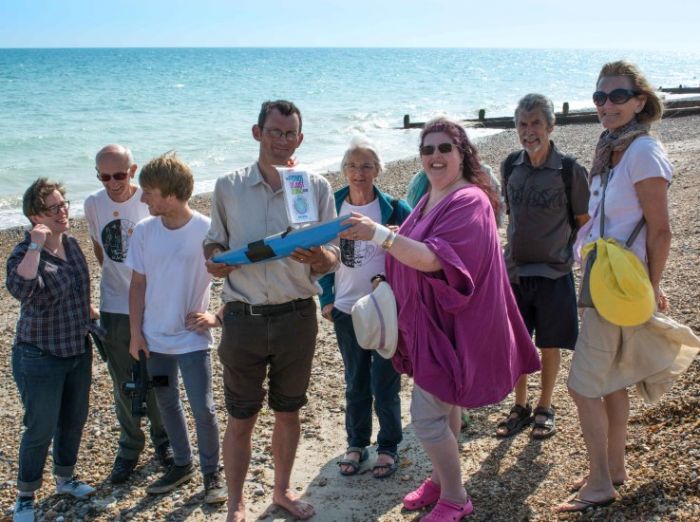 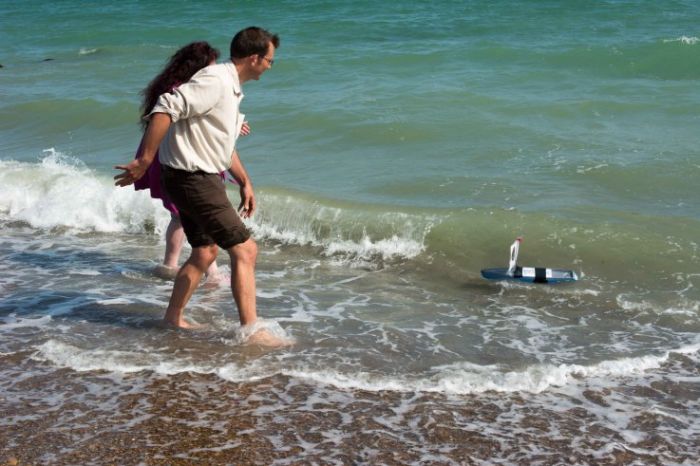 After a delicious supper, we headed to the venue, St. Paul’s, where the evening event was to take place.  After a welcome from Gillian, the Mayor of Worthing, Robert Smytherman, welcomed everyone in the packed hall.  Then I spoke and set out Transition, and why it is the powerful story of our times.  Here am I holding forth: 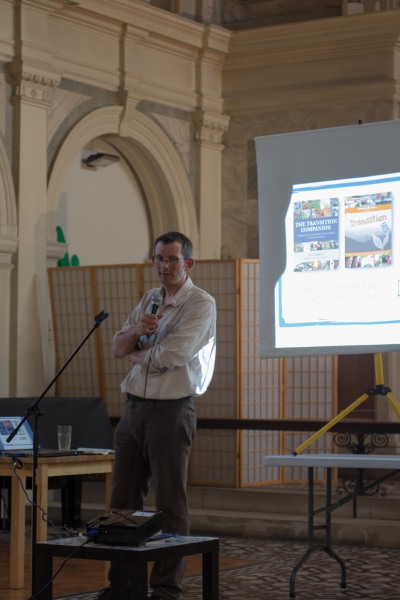 At the end of the evening, the boat we had tried, unsuccessfully, to launch, was auctioned to raise money for the Mayor’s Charities.  It raised £50, and here is the proud buyer with the Mayor. 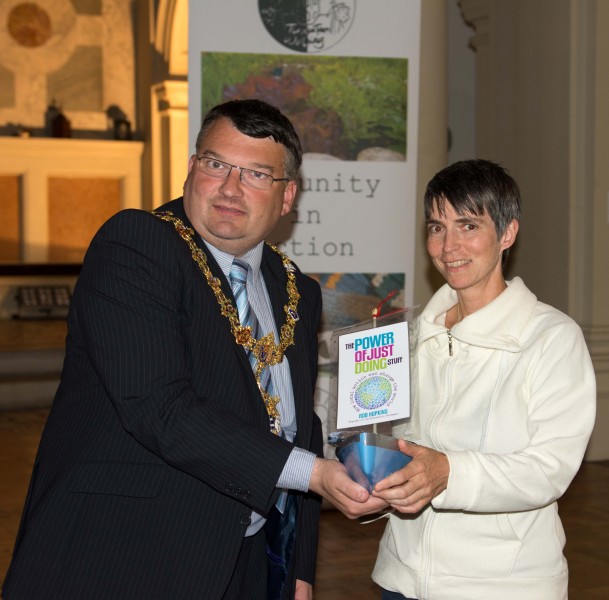 While I was there I also took the opportunity to ask members of the group firstly what, for them, is Transition …

… and secondly why do they do it?  What do they get out of it?

… both of which I found very illuminating.  And then I was off, having signed some books, off on the train to London, and from there, on to Paris (a story told here).  Thanks again to everyone who helped make it happen, and to everyone who came to the evening event.