Our theme has been ‘Springtime Renewal’, and we have cast our net far and wide.  Our opening editorial piece looked at the sense of renewal that arises from the recent Hillsborough decision and what happens when a great wrong is finally named and addressed.  We heard from Cat Johnson how Transition Palo Alto in the US are creating a culture of sharing in Silicon Valley.  Transition Stroud began their 10th year in existence with an event that Rob Hopkins was invited to speak at.  He created a blog and a podcast that captured the energy and spirit of the evening.

For UK readers, as well as for those further afield, recent weeks have been dominated by the In/Out EU Referendum.  Prior to it, Justin Kenrick and Alexis Rowell debated the issue, and post the vote to leave, Rob Hopkins reflected on the implications of the decision and argued that Transition has much to contribute to discussions around what a ‘ProgrExit’ (a progressive version of ‘Brexit’) might actually look like. 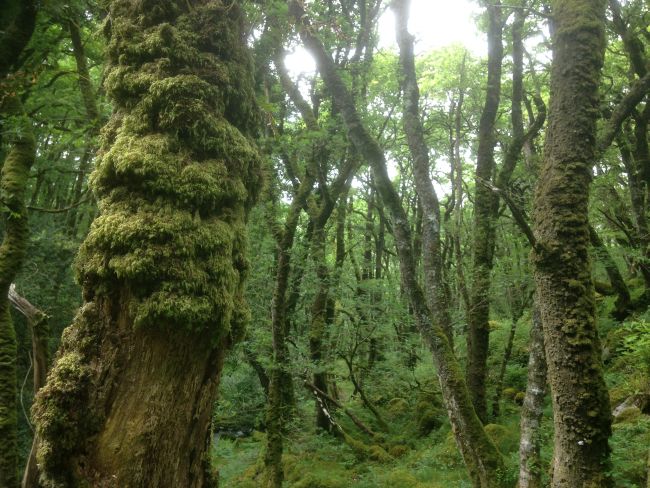 Rob reflected on the story of how a small brewery in Santa Rosa, California, is using craft beer to reimagine the local economy, reviewed Avi Lewis’ film ‘This Changes Everything‘, wondered about how different life might be if ATMs issued local currencies, declared that the plans Joe Corré (son of Malcolm McLaren and Vivienne Westwood) to pile up £5 million worth of original punk memorabilia and burn it as an art statement are “a stupid thing to do” and took his son for a walk in the woods on Dartmoor, and reflected on how ancient woods offer a beautiful metaphor for the kind of new economy we are trying to build in Transition.

We spoke to Andy O’Brien and Chris Speller about the Bristol Energy Co-operative’s recent share offer which aimed to raise £10.5 million for renewable energy projects in Bristol, £2m in shares from local people, a target which, subsequent to out article, they reached (probably no connection between the two though…).  “It felt right to be ambitious”, they told us. 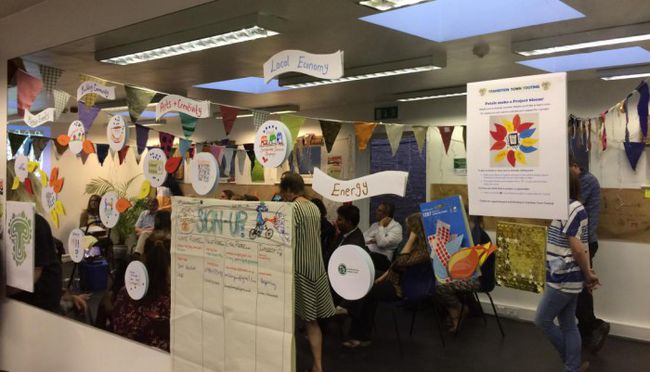 Inner Transition co-ordinator Claire Milne offered some suggestions for how you might set about ‘Spring-cleaning your Transition group’.  Transition Town Tooting turned 8 (see photo above), something we felt definitely worthy of celebration, courtesy of local blogger Eleanor Glen.  Carol Low told us about how Transition Kensal to Kilburn in London ended up doing their ‘Old Stories for New Times’ oral histories project.  Deborah Rim Moiso provided an update on the ‘Transitionese’ translations project.

Naresh Giangrande offered two pieces, the first, ‘Iceland’s 4 Keys to Real Wealth – a Love Letter’ reported on his recent visits to that most beautiful and footballingly audacious of countries.  His second reflected on a day spent at oil company Shell’s ‘Powering Progress Together’ event.

Ruah Swennerfelt just published a fascinating addition to the Transition literature, her book ‘Rising to the Challenge’, looking at the interface between Transition and communities of faith.  We shared both an interview we did with her, and also Rob Hopkins’ Foreword to the book. 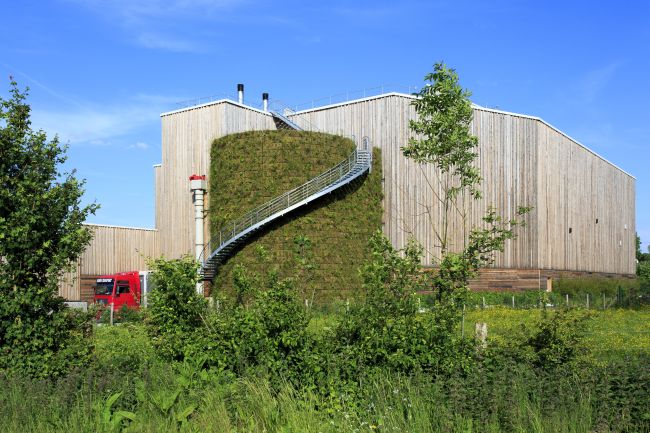 Emmanuel Druon and Elizabeth Dinsdale from Pocheco, the most sustainable factory in France. told us about their ‘ecolonomics’ approach, and how appearing in ‘Demain‘ has impacted on them.  “Let’s change everything”, they told us.  We heard from Nicola Vernon about how the wonderful Greyton Transition Town in South Africa had just won 3 national awards for their work, and also from Yoav Egozi about the first Israeli Transition Gathering.

We heard from Dorota Hajdukiewicz from the University of Huddersfield about a food growing project she was just starting in a series of old greenhouses owned by the University.  “We’re amateurs”, she told us, “but we’re going to grow food!”  May saw the 5th annual Local Entrepreneur Forum in Totnes, an event celebrated and captured in a blog and a podcast which spoke to a number of those who had just presented to the Community of Dragons.

Mike Thomas shared ‘Vision’, the latest element of our Transition Support Offer.  And lastly, we shared Pella Thiel’s beautiful speech that she gave to a conference in Sweden entitled ‘A letter to you, dear Transitioner’.  Beautiful stuff.  For July, given that we are all flat out creating a wonderful new website for you, there won’t be a theme, but there will rather be a variety of content, but not framed around a specific theme.