Today we’d like to introduce two more free guides from the REconomy Project.  We already heard from Jo Taylor about the Events Toolkit for Transition Initiatives, so we asked Anna Lodge from REconomy to tell us more about the other two…

Can you tell us about these two new publications, and what led to those being chosen as the topics?

There’s the Transition Enterprise Handbook and the Transition Core Resourcing guide.  The first reason these were chosen is that these were things that people within the Transition Network and Transition movement were asking for support on: resourcing the core, running events and obviously starting enterprises. For the REconomy Project, it’s often these elements which really help and support a Transition group to move from maybe being a project-based group, into a group that is enabled and has the capacity to deliver on REconomy, with a strategic background to it, capacity and the ability to network. So these three resources really support groups who are moving into a REconomy focus as part of their work.

Tell us a bit more about the ‘Transition Core Resourcing’ guide. 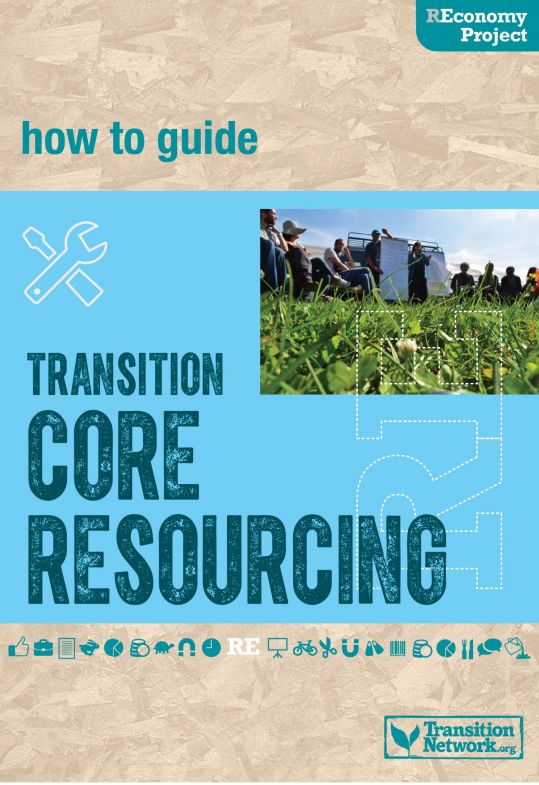 We’ve also got a lot of visuals in the guide which is really helpful in terms of saying what input you need to put into following any particular resource source, and also what impact it might have within your group. You can really make an assessment of where to put your time and energy in terms of finding money and finding other support for your group.

Jo Taylor, who put together the guide, has done a really good job at trying to group those elements. So yes, there are some common themes as to how people are doing it, and she’s really done a good job of trying to group those together so you recognise a number of distinct approaches to resourcing. Then you can mix and match and package that up in a way that suits your group. So there are strong themes, and some really amazing experimentation as well. 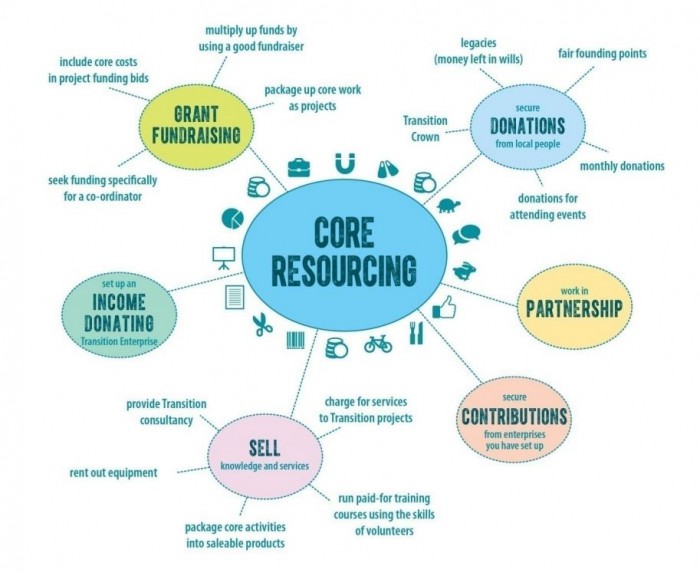 If this had been around a few years ago it would have been useful to so many enterprises, I’m sure! Mark Simmons, who wrote it, has done a step-by-step of how you go from having an idea or even before having an idea for an enterprise, right through to some of the more complicated logistical and even legal setups that you need to consider.

He’s really done this from the position of Transition Enterprise rather than any business or enterprise, and I think that’s the critical thing. If you’re looking at good, motivated business, this will take you right from the start through and again, Mark’s a dab hand with a post-it note and marker pen, so he’s interspersed his copy with a load of drawings so you feel like you’re workshopped through this guide. It’s a real hand-holder. 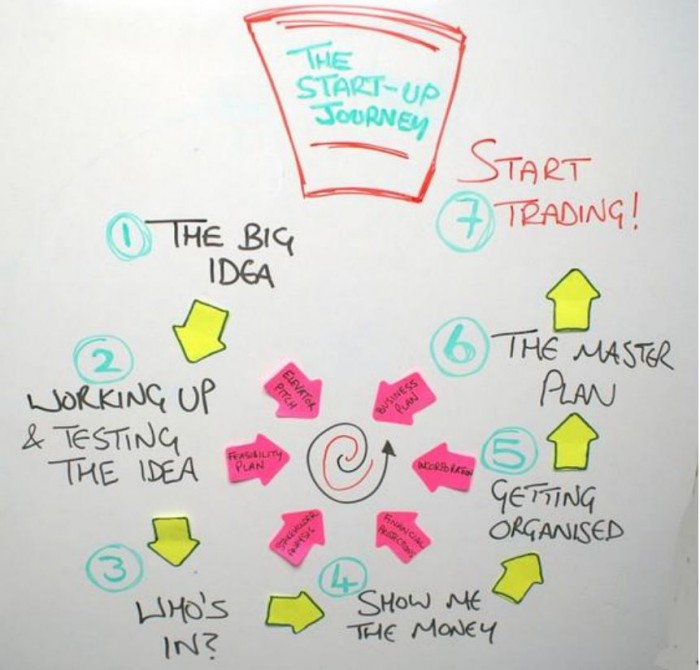 Critically, I think if you’re growing an enterprise, shifting it to being more Transition-focused or growing it from being quite basic, maybe not much profit running through, this is really good revision for where you’re going and how you can use what you’ve got more effectively.

What does the fact that we’ve reached a point where the Transition movement needs such a guide tell us, do you think, about where Transition’s got to and the maturity or otherwise of its thinking in creating new businesses and so on? 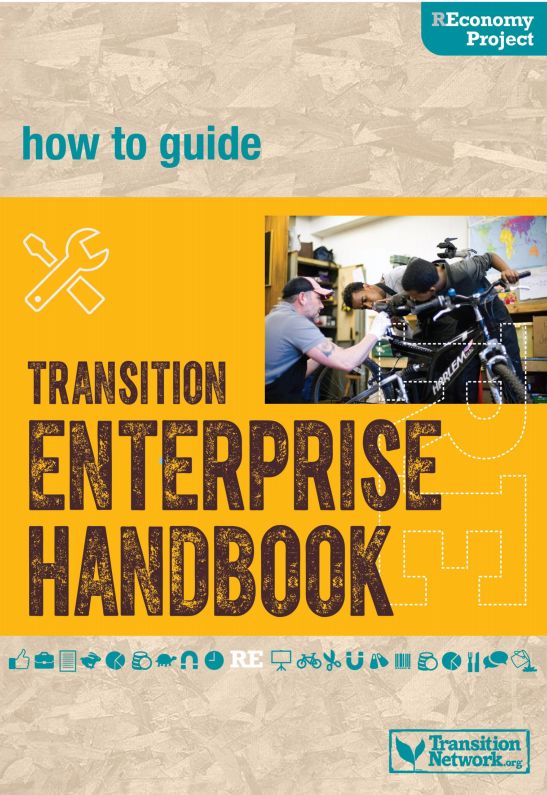 It tells us a few things. It tells us that people rightly want to make a living out of the work that they’re doing in Transition and they’re searching for ways of doing that practically.  That tells us a really key thing about moving from motivations and the assumption that we should all be doing this voluntarily into “how can we make livings out of this?”  That’s a really critical point.

It also tells us that people outside of the Transition movement are maybe looking to how they can do what they do in a more appropriate way for the planet and for people, and that allows them a way in that maybe the rest of the Transition movement might be a bit more challenging for some people who might be out in enterprise and business. This brings in a whole raft of people who might be more associated with social enterprise and says “hey, you can do this even better if you look at it from a Transition enterprise approach”. Those two things are really the key to how it’s challenging and changing what we’re doing.for all of us in the movement to think about.

These guides are rich with examples and case studies and insight from Transition groups around the world. What does that tell us, do you think?

The Transition Core Resourcing guide is particularly good for that. What that tells us and reminds us is that REconomy is really done from within the community, and each community will be and become the expert in what makes REconomy work for that community. So it’s critical that the guides like this have been written from the point of view of experience, particularly this one.

So we’ve got these wonderful case studies in the Core Resourcing guide that help people understand that wherever you are, you can try and do this in a different way, but what has someone else done and what are their experiences. REconomy UK are not the experts – the experts are in the rooms around the country and it’s great and encouraging to hear that you can be an expert wherever you are.