Originally published last week at Co-operative News under the headline The ‘Silicon Valley’ of community resilience.

My town, Totnes, on the south Devon coast, is the UK’s first Transition town. Over the past eight years, it has catalysed over 40 projects, many of them co-operatives – such as a community energy company, and initiatives creating truly affordable housing for local people. People come from around the world to see what is, for some, a ‘Silicon Valley’ for community resilience.

Yet time spent walking around our local Co-operative Food store would yield absolutely no indication that any of that is happening. There is no local produce, no organic vegetables, no very local beers or wines, no local bread. Something is happening in the community around the store which resonates with many of the Co-operative Group’s values, yet they are disconnected, and may as well be happening entirely in parallel with each other.

My sense is that the time is right to change that. The Co-operative’s USP – the reason I shop there (and it certainly isn’t because of the extensive range of local, seasonal vegetables) – is its commitment to co-operative values. These values are the very thing that makes Co-operative stores stand out from the rest of the increasingly predatory, vampiric and community-trashing supermarkets taking over our high streets. 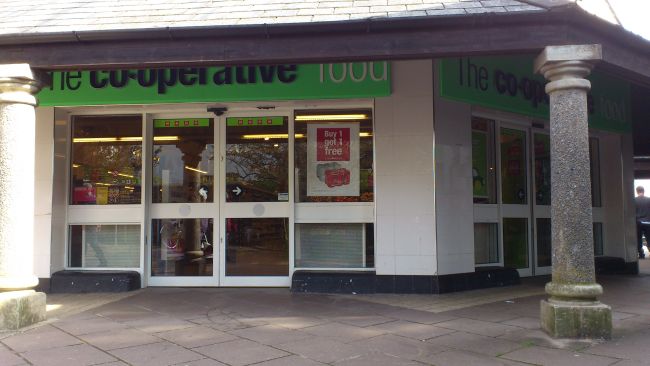 So, how might Co-operative stores re-imagine themselves? Give each branch the autonomy to decide how it wants to interact with initiatives in the local community that resonate with co-operative values. They might decide to invest some of their turnover every year into a community energy company or, even better, work with that community energy company to install renewables in the store, partly funded through community investment. Great examples of this already exist. Budgens supermarket in Crouch End, for example, has a market garden on its roof, which both creates a great community and training resource, and supplies fresh produce to the store itself. 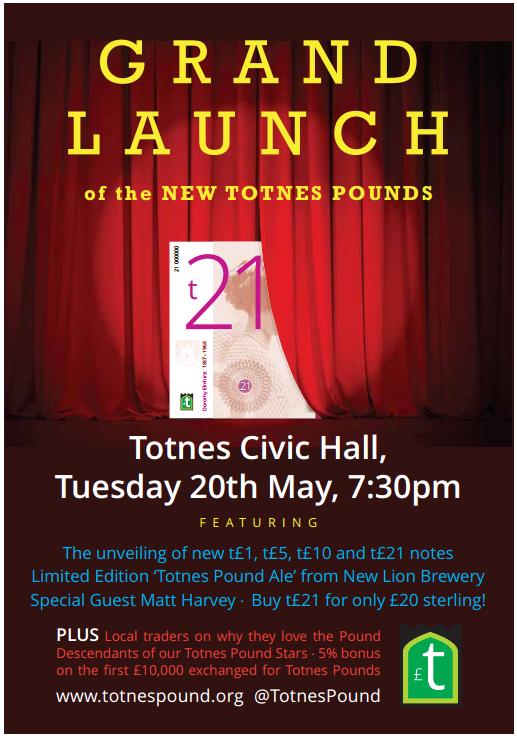 In places such as Bristol, Brixton and Totnes, where communities have their own local currencies as powerful tools for supporting local economies, Co-operative Food stores could accept them, and use them as a tool for encouraging more local procurement. As we build up to relaunching the Totnes Pound here, these are conversations we are trying to have with our local store.

Stores could also be given the ability to take responsibility for procuring locally, where local produce is available. They could support the creation of new market gardens to supply the shops, train local young people to become growers, and sell beer produced in local craft breweries. In other words, play a key role in giving profile and support to local producers and look at how our communities feed themselves in a different, entrepreneurial way.

Such an approach needs to go beyond a token CSR gesture and really get into the heart of the how the Co-op functions. Local communities have a key role to play in the global push to stay below the 2°C increase of global warming, both as innovators and as pioneers – implementing change without waiting for permission or instruction.

The co-operative movement has a powerful story, a powerful vision, and it needs to start celebrating and telling that story more loudly. Communities are here to help and Co-operative stores need to get behind local initiatives that embody those shared values.

If is doesn’t, it is in danger of being overtaken by models such as hiSbe (How It Should Be), which, at the moment, embody co-operative values far better than the Co-operative Group itself. There is nothing to lose, and so much to gain. 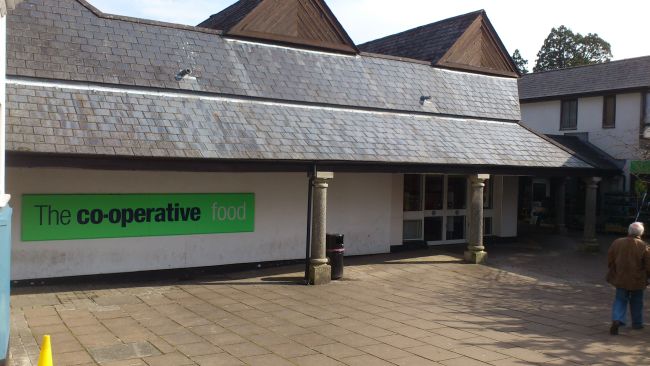