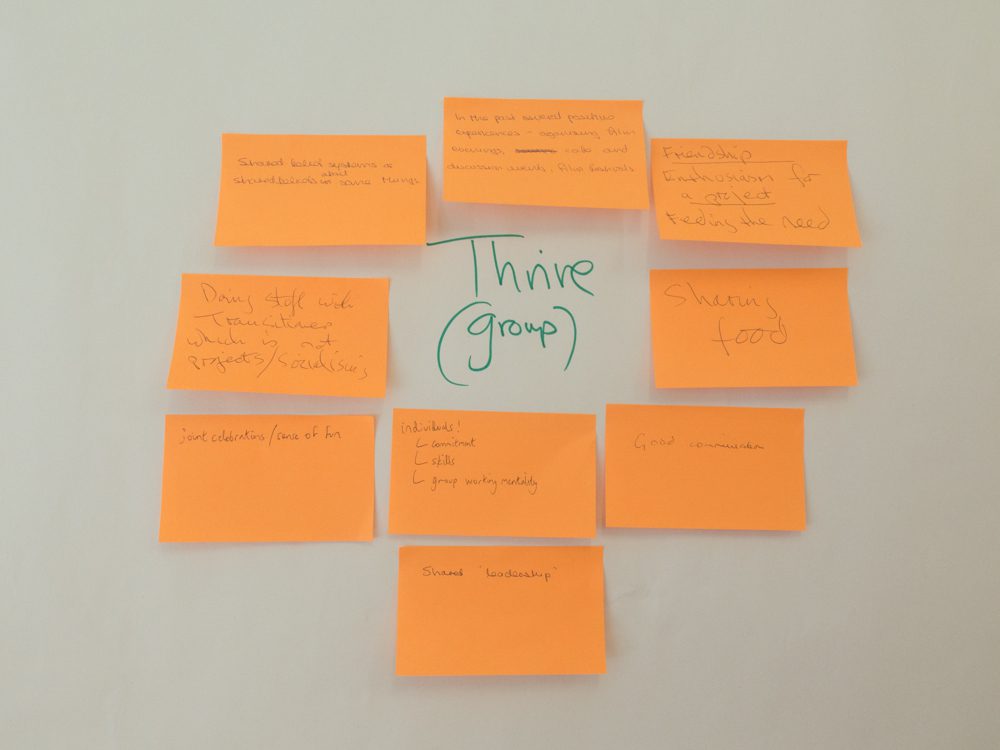 In this third blog, sharing experiences from workshops in England and Wales about regional networks, we reflect on what we know helps groups to thrive. We hope this practical example, and the resources available for you to run your own workshops, can help inspire new connections. We invite you to read the first blog which sets the scene here.

After hearing about loads of great projects, finding out more about people and where they were from in the first session of the Regional Networks Workshop, we moved on to discuss what helps groups to thrive, what the barriers are to being successful and what connections groups had in their communities. 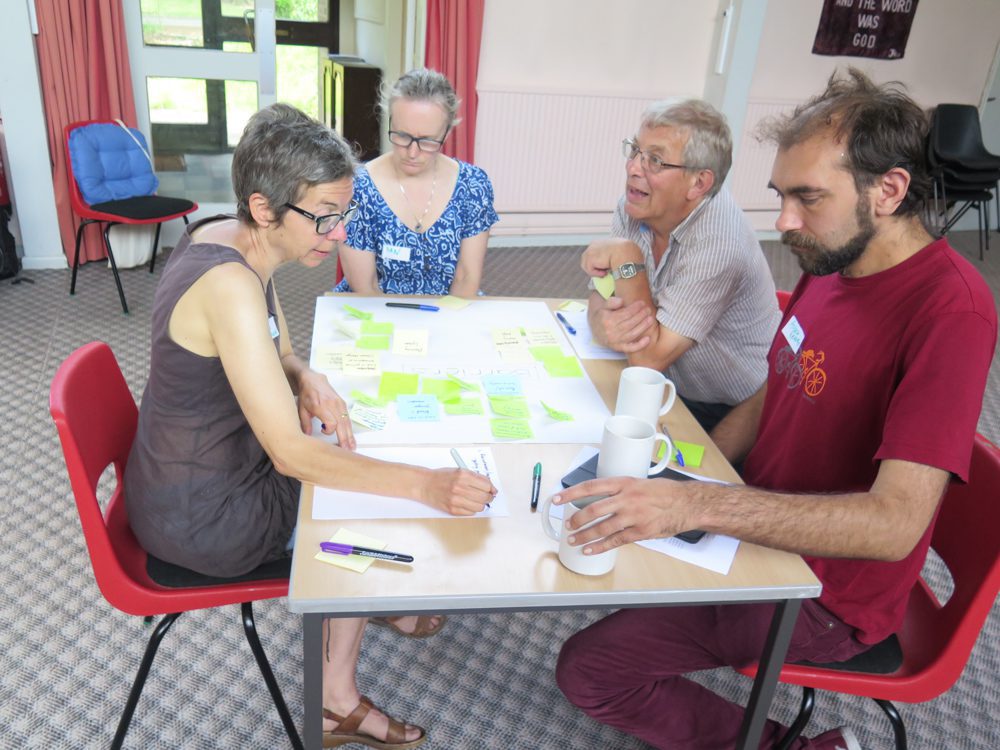 We began this process by forming small groups with a mixture of people from different areas. For each question the groups had 5 minutes in silence to reflect, enabling their own thoughts to emerge before entering into a discussion. The discussions resulted in some deep and interesting conversations with a lot of agreement as people uncovered the things they had in common as well as the differences. It was clear that a lot of the groups thrived because of the same factors, and also faced a lot of the same challenges.

What helps groups to thrive?

For those people involved in Transition this won’t come as any surprise, the number one thing that helped Transition to thrive in their community was a well functioning group. Good group culture made up of people with skills, enthusiasm and capacity accounted for 50% of the responses we heard.

This was also reflected in the barriers with limited capacity and a dysfunctional group being the biggest issues. Many of the groups present at the workshops had stories to tell of their group struggling to keep going particularly when people with a prominent role left or there was conflict in the group.  It was interesting to hear their stories of how they solved issues, got more people involved and dealt with conflict.

It was inspiring to know that even though there were challenges in doing Transition, groups were really committed to overcoming them in order to develop Transition in their communities. Groups that were functioning well and had high levels of capacity tended to be able to deliver more, but there were also examples of small groups of extremely dedicated people making things happen.

So what were the things that sustained a well functioning group?

This was a hot topic and people came up with as many different factors as you would expect from groups which are complex and unique, but there was also a lot of agreement. The following list could almost be a template for a healthy group:

This shows that people understood what makes a group effective, but it was also recognised that putting this into practice is not easy.

Events came up as something that really enabled Transition to thrive. Internal events helped build relationships and bonds within a group while external activity such as events, projects, campaigns, actions and courses had brought groups together around a common aim. These external activities also allowed people to feel proud of the impact they were having in the community while showing others the benefits that Transition can bring. 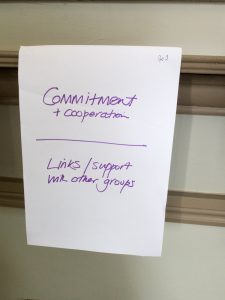 External support was also important; being part of other networks and good partnerships, support from other groups and the local community especially local media promoting events and activity. This was reflected in the connections that groups had made in their communities with 50% of the groups having links with other community groups in their area, as well as those reporting good relationships with their local council.

Access to resources including money, venues and materials was also obviously seen as really useful to do Transition, as was having a good outward facing profile to the external world.

This was a really insightful and interesting process and the results confirm the importance of having a well functioning group in order to deliver Transition effectively. We have long recognised this and have a range of resources in our Healthy Groups section to help groups function well.