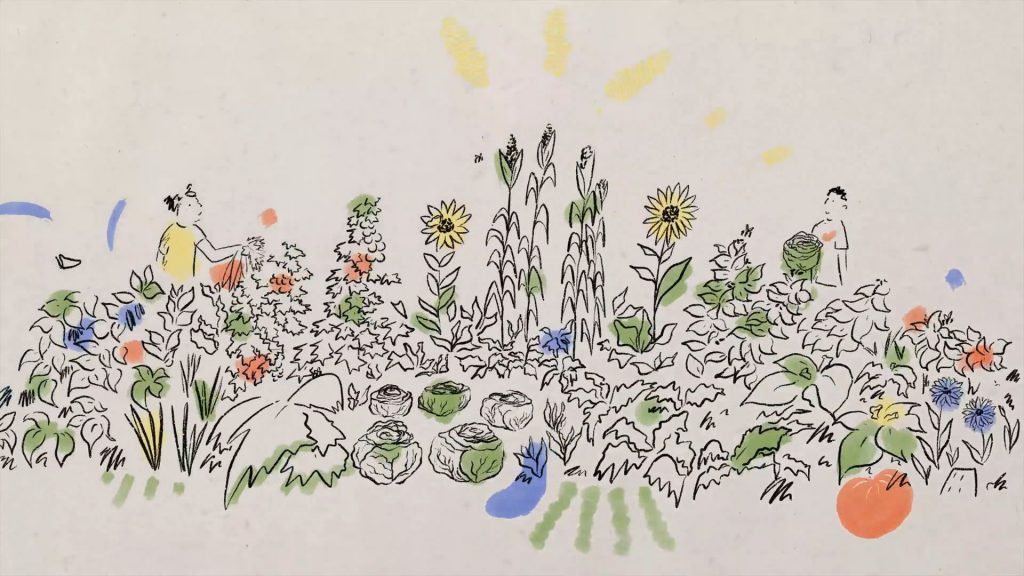 Rob Hopkins shares the story of how his podcast series was born, and shares some of his highlights from the journey so far…

It all started with the first lockdown. All of a sudden, weeks of work that lay ahead of me, travelling here and there to give workshops and talks, evaporated. I needed to think afresh about what I was going to do. It was Matt at Chelsea Green who first suggested a podcast. I think they were keen to see how many of their authors might be interested in starting one.

As I sat and thought about it, the pieces of a jigsaw seemed to fall together. Hadn’t my son been part of a podcast, with his friend Ben, about craft beer? Didn’t Ben have a shed in his garden he had turned into a recording studio? Didn’t he also make music and produce them?

I started thinking about a format, and quickly hit on the idea of using each episode to explore a different What If question, ideally a question sent in by a listener. The title was suggested by Matt, and it was a “well of course it will be called that…” moment. The idea that really excited me was to make a very different kind of space in which to explore important ideas.

Instead of getting two people, for and against, to debate something, how would it be to take two people who were both really excited about an idea, who dedicated their lives to its realisation, and invite them to imagine that it’s 2030 and that idea has already been part of our lives for several years. What’s it like? How does it feel? What does the world look like? It offered the opportunity to get inside the vision that world-changing people carry around in their heads, the visions that get them out of bed in the morning.

I ran the idea past a few people, and the consensus was that it seemed like a good idea. I also, as part of my own journey and my own efforts at ‘doing the work’, decided from the outset to set myself a rule to never do a show with just two white male guests. It’s a rule I’ve only broken twice I think, and the conversations we’ve had and the issues we’ve explored have been massively enriched from having that as a rule. I also wanted to make sure that I spoke to people who were not the ‘usual suspects’, but rather were voices the listener most probably hadn’t heard before.

The first episode explored a question I had first heard from the London National Park City project, ‘What if birdsong drowned out the traffic?’. I was joined by ‘Birdgirl’ Mya-Rose Craig, and by musician and writer Sam Lee. Sam actually joined the call from some woodlands, full of birdsong, which gave the whole conversation a real magic. It was such a delicious conversation, and the bit where they described 2030 to us was so enthralling, that I was hooked already.

Working with Ben has been a delight. He records the shows, edits them, he wrote our beautiful theme tune, and on our bonus subscriber-only ‘Ministry of Imagination’ episodes (of which more shortly), he creates amazing soundscapes to bring them to life. It feels like a real collaboration. While every show has had its own magic and its own ‘aha’ moments and moments when I get goosebumps, if pushed with a very pointed stick I would point to 8 particular highlights so far:

Episode Six: which asked ‘What if imagination were a human right?’ with Ariane Conrad and Masum Momaya, which went so deep so fast and really blew me away

Episode Ten: ‘What if we decolonised education?’ with Kwame Boateng, and also by the incredible Suhaiymah Manzoor-Khan, my first exposure to one of the smartest and most eloquent young women I’ve ever had the pleasure to work with. It was an episode rich in insight

Episode Twelve: ‘What if criminal justice resources were instead invested into communities of colour’: sometimes I record an episode that is so deep and rich that I need to go for a walk afterwards and this was one of those. The two guests were absolutely on the front line of the rise in Trump fascism at the time, and both said that the opportunity to dream of the 2030 that they long for was a powerful respite from the world around them

Episode Seventeen: ‘What if indigenous wisdom could save the world?’: another one that I had to go and lie down in a field afterwards to digest for a while. Incredibly rich, thanks to my guests Tyson Yunkaporta and the incredible Sherri Mitchell. Mindblowing and profoundly grounding, simultaneously

Episode Twenty: ‘What if we addressed the trauma that lies beneath the world’s problems?’ The deepest and most insightful I think the podcast has yet gone. I keep going back to this and discussion with Susan Raffo and Staci K. Haines, as I get new insights every time I listen to it

Episode Twenty-Two: ‘What if we learned to embrace failure?’ was a really heartening discussion about not being perfect, with two guests who had delightful stories to share, and a real humility that ran through the whole thing

Episode Twenty-Five: ‘What if we built an imagination infrastructure?’ An intriguing conversation with Panthea Lee and Cassie Robinson which felt like it just opened a vital conversation, one that should be returned to regularly

Episode Twenty-Seven: ‘What if we all stopped flying?’ This one was such fun, and a thrilling taste of a very different future, one with no planes.

And then of course there was the subscriber-only bonus interview I did with Brian Eno about art and imagination, a dream come true.

Every 10 episodes we make a compilation of the best 2030 dreaming bits from those episodes, cut together, artfully, by Ben, who combines music and spoken word in a way that is powerful and deeply evocative. The last one we did, for Episodes 10-19, is a gem.

I also worked with artists Tem Gunawardena and Badj Whipple to animate some of the best 2030 quotes from Episodes 1-9. It was a beautiful process, their brief to inspire longing in the viewer for a different vision of 2030. I am very proud of the result.


The podcast is only made possible by those who subscribe to it here. Do join them, your support really makes a difference. I have dreams of guests I would love to have on future episodes: Arundhati Roy, Mariame Kaba, Adrienne maree brown to name just three. I keep working on it! It’s been an amazing journey and adventure, one I feel has only just begun. Do join me.

‘From What If to What Next’ is available through all good podcast providers.

Drucilla Cornell on the Power of the Public Imagination