I’m working as a physician and psychologist in Occupational Health.  Since several years involved in activism and training in ecological and social movements, I’ve discovered enthusiastically the Transition Movement.  Since 2010 I’m passionately involved in it, and in its extensions (Inner Transition & Work that reconnect, REconomy). I’m participating in “Transition Paris 12” (12th district of Paris), and in the French Hub.

I am a trainer in my professional life, and I became an official TN trainer in November 2013 (“Training for trainers” in Belgium). I’ve also participated in a Launch Training in April 2010 in Totnes,  a Thrive Training in September 2012 in London,  a REconomy Training in november 2014 in Brussels, an Inner Transition Workshop in December 2014 in London, two Work that reconnect Workshops, in 2014 and 2015, in Paris.

With 11 other French-speaking volunteers, I’ve participated in the collaborative translation into French of Rob Hopkins’ book, The Power of Just Doing Stuff. 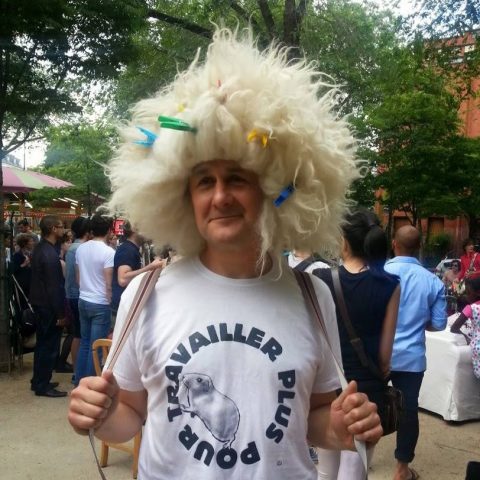