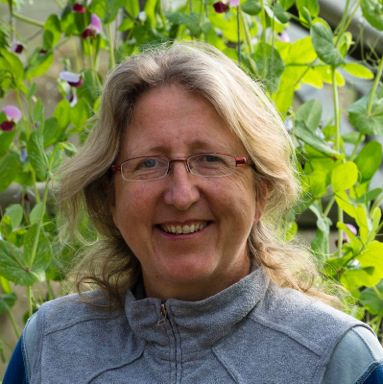 With a background in art and art therapy, school and community gardening and permaculture, Suzie became involved with Transition in Ireland in 2007.  She set up a series of Powerdown courses in local communities in County Wicklow which lead to a number of transition initiatives starting up. She helped set up a local network and then worked with others to set up a All Ireland Transition hub that led to a steering group for Transition in Ireland and Northern Ireland.

As part of this group, Suzie contributed to a MOU with Transition UK and the running number of local and national Transition Gatherings between 2009-2012 that helped bring people together to network and connect around the idea of transition. Suzie continued to develop and deliver introduction to Transition courses and also created many transition events throughout Wicklow with others. She then traveled to the UK in 2010 to complete the Train the Trainers in order to become an official Transition Trainer and along with other trainers delivered a number of long and short transition trainings in Northern Ireland and Ireland.

Suzie has focused on creating a skills hub on her permaculture and organic small-holding and along with her husband created a local food initiative linked with OOOOBY New Zealand. Suzie continues to connect with others working in Transition throughout the Island of Ireland.  In recent years along with a diverse Tutor Team, Suzie has created a Permaculture Design Certificate held annually at her small-holding (Carraig Dúlra www.dulra.org) which although permaculture design and skills based still incorporates many elements of Transition Training in its design, facilitation, and content.