The following story is the 6th installment in a new series from Transition US,  called “10 Stories of Transition in the US.” Throughout 2018, to celebrate the 10th anniversary of the Transition Movement in the United States, they have been exploring 10 diverse and resilient Transition projects from all over the country, in the hope that they will inspire us all to take similar actions in our local communities.  The project was in part inspired by the 21 Stories of Transition, and forms a wonderful addition to our story collections from across the Transition movement.

Inspired by Willits Economic Localization in Northern California, Local 20/20 in East Jefferson County, Washington formed in 2006 as an all-volunteer organization dedicated to promoting community-based self-reliance, sustainability, and resiliency. Striving towards a smaller environmental footprint and a greater capacity to adapt to the challenges of climate change, resource depletion, and economic instability, their name refers to both a measure of clear seeing and a target year for achieving big goals for the North Olympic Peninsula. The group’s founders recognized early on that a locally-based economy would help foster a more vibrant community less dependent on unhealthy global systems, and were quick to form an Economic Localization Action Group to focus on this topic.

Well in advance of 2020, this initiative had already begun to accomplish much. Initially focused on encouraging the 27,000 residents of East Jefferson County to buy local, Local 20/20’s Economic Localization Action Group was also instrumental in launching the North Olympic Exchange as a complementary currency and served as a catalyst for the formation of the Local Investing Opportunities Network (LION). A 2017 survey found that since its inception in 2008, LION has facilitated over $7.6 million of investment into 75 local businesses and nonprofits.

Founding member of LION and current Mayor of Port Townsend, Deborah Stinson, recalls how LION began at a community outreach gathering hosted by Local 20/20 where attendees discussed a variety of potential actions that were either already underway or had been previously envisioned. “We invited participants to join breakout groups around these topics. One of those areas was the local economy. The first thing that came up was the fact that we had all just received our $250 ‘rebate’ checks from President Bush who encouraged us to go shopping to shore up our flagging economy. Shopping for shopping’s sake was less than inspirational to those of us focused on sustainability. We started tossing around some initial ideas for how those funds could be better invested to ensure that struggling businesses, valuable farmlands, and built environments endure. I was one of a small group who decided to convene follow-on meetings to come up with a workable idea.” 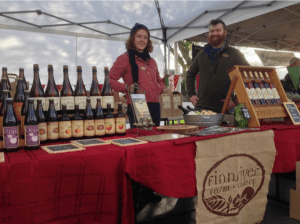 As the group continued to meet, a shared vision coalesced involving all investors, not just wealthy ones, in discovering, evaluating, and making loans to local entrepreneurs. Furthermore, they decided that businesses should not be compelled to seek financial assistance only through banks and other conventional lenders, but should be able to reach out to their fellow citizens and community to better manage its development and growth.

One major challenge for the founders of LION was that they didn’t know a lot about local investing at first, but they did know that rural communities had a long tradition of ordinary people investing in each other to get needed services up-and-running, and they were excited about their prospects for making this happen again. Fortuitously, then-Mayor, Michelle Sandoval, had recently attended a training by Michael Shuman, author of Local Dollars, Local Sense: How to Shift Your Money from Wall Street to Main Street and Achieve Real Prosperity, and James Frazier, a financial advisor who specializes in Socially Responsible Investing, also stepped forward to help the group navigate state and federal securities laws and regulations.

“Adding those two to the mix led us to find the simple solution of creating what I refer to as a matchmaking service,” says Stinson. “Basically, we introduce people who want to invest locally to people who have opportunities to put those investments to work in our community. Local investing is all about people-connecting and building relationships with each other, the way investing used to be.”

This program has evolved over the years, but essentially, LION members consist of local citizens who support local businesses and want to invest their money locally. They appreciate that investing in their local community generates greater economic self-sufficiency, job growth, and the famed “local multiplier effect” that comes from dollars being spent many times over within a locality rather than being siphoned out of the community and back to corporate headquarters by a non-local business.

Investors go through a simple application process and look to see what their community has to offer. Entrepreneurs are invited to introduce themselves and the opportunity they bring to the table, whether it be a for-profit or nonprofit venture. If an investor likes an entrepreneur’s concept, a friendship is formed, financials are discussed, and the funding process proceeds.

“We founding members did a soft start by funding a few opportunities to fine-tune the process, and then showcased those success stories in a well-publicized public meeting where we encouraged both potential members and those with business opportunities to attend,” describes Stinson. “That garnered additional members who could then help fund the opportunities that came through the process. We have repeated that process a few times over the years to maintain broad community involvement.” 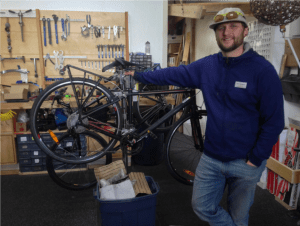 Another of Local 20/20’s challenges with LION was how quickly the network grew. At the time, the group’s total dependence on volunteers meant that opportunities were falling through the cracks. However, because LION was gaining so much momentum, their local Economic Development Council recognized the importance of local investing and stepped up to provide staff time to help facilitate the program.

Since its launch, LION has been replicated and used as a model for other communities across the country, and it has even received inquiries from other countries seeking advice for how to increase their economic resilience. LION makes all of their key documents available to download for free at www.L2020.org/LION in order to help other communities flourish through local investing. As with all such startups, initiatives that prosper tend to have a few dedicated and passionate people who help bring them to life and keep building their momentum over time.

The Great Recession was just getting underway when LION started. “Many of our cherished local businesses that had been ‘bankable’ for years found out that they no longer met the new rules for a variety of reasons,” explains Stinson. “We were grateful that LION was there to keep them funded and sustained until they met the new banking requirements. Most of the businesses we fund move on to traditional banking once they get their legs, freeing up local investing funds for new opportunities. But some businesses have chosen to stay locally funded because they value the relationships, and they prefer to see their interest and dividends return to their neighbors who will in many cases turn around and invest those returns in the next local opportunity.”

Over the past 10 years, the Transition Movement here in the US has been instrumental in launching countless REconomy initiatives that have grown into their own sustainable enterprises. Through the reports we publish, the replicable models we share, and the national REconomy Community of Practice we facilitate, we hope to assist even more Transition businesses in becoming established, so that they can create more equitable, cooperative, and purposeful livelihoods that reduce negative impacts on the environment while providing needed goods and services, knitting together and strengthening their local communities at the same time.

1. In partnership with the Rose Theatre, LION provided startup funding for the Starlight Room, a 21+ movie venue offering fine food and cocktails. Photo by Rocky Friedman.

2. Another LION-inspired loan supported business expansion and capital improvements for Finnriver Farm & Cidery, whose motto is: “For the love of land, the art of farming, and the spirit of community.” Photo by Earll Murman.