Thursday May 12th was the fifth Local Entrepreneur Forum in Totnes.  I’m not going to write the usual blow-by-blow report of the event, as I’ve done that in previous years, and in many ways this one stuck with the format of previous years, albeit with a few tweaks and different timings.  If you are wondering what a Local Entrepreneur Forum is, I took the liberty of asking Jay Tompt, its originator and co-ordinator, that very question on your behalf, and here is what he told me:

This year, four businesses pitched to the Community of Dragons.  There was Iola, a start up led by Iola Weir in the theatre arts space with a vision to create local livelihoods and be catalyst for a flourishing regional arts and culture scene.  There was also the very popular The Kitchen Table, an expanding sustainable catering company led by Sima Cutting, supporting local producers and raising awareness of important food system issues.

Horse and Heart is the project of Marie Franco leads this expanding horsemanship training practice offering a range of services supporting the use of horses in agriculture and health & care.   And lastly, Ambios Ltd is an expanding farm and educational project led by Jack Skuse, producing organic food and serving the land-based educational needs of young people. 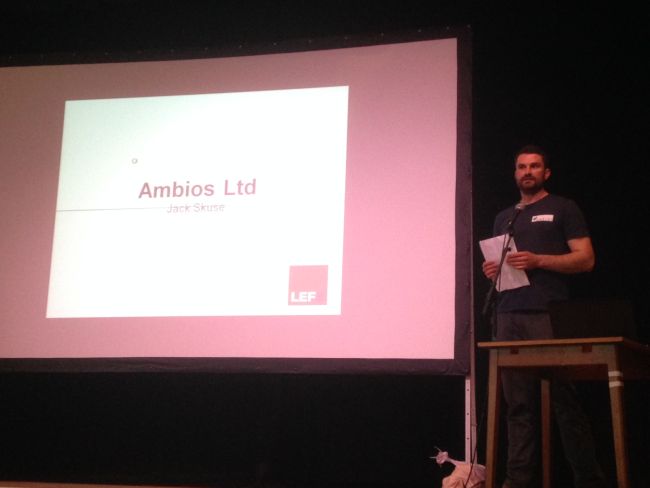 What’s it like to pitch your idea, your project, at a Local Entrepreneur Forum?  Here’s a short podcast in which I spoke to each of those pitching just after they came off stage to ask them how it went, and what they would be leaving with that they hadn’t arrived with.  As you’ll hear, Sima Cutting, in particular, was somewhat blown away by the results:

But the main thing I want to reflect on here is the LEF itself as a model, and why it could prove to be one really key piece of ‘technology’ for Transition groups, or what Jay calls a ‘killer app’.  It’s an amazing thing.  A community comes together to support its entrepreneurs, what compere Pete Yeo, in our podcast above, calls “community-supported investment”.   It also leads to some beautiful collaborations and creative connections such as that between New Lion Brewery and Wild and Curious, as described in this podcast:

Imagine this scenario, it might sound familiar.  A Transition group has been running for some time, mostly along the model of being run by volunteers, and dependent on donations, whether from local individuals, or from foundations.  People are tired, they bemoan the fact that often the same people tend to turn up at things, there is little meaningful engagement with the local business community, and it proves very hard to find common ground with many other local groups.  People come to events but then often don’t stick around to help.  Appeals for funding don’t tend to garner much traction. Enter the Local Entrepreneur Forum.

Here are7 things that running a LEF enables you to do: 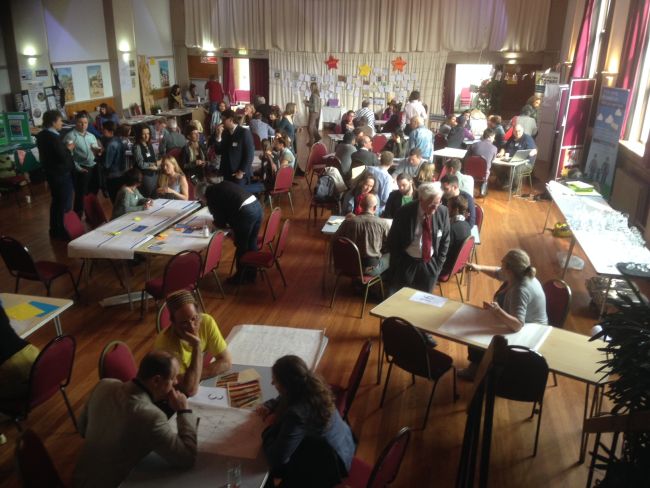 If you’d like to put on a Local Entrepreneur Forum, find out more here. 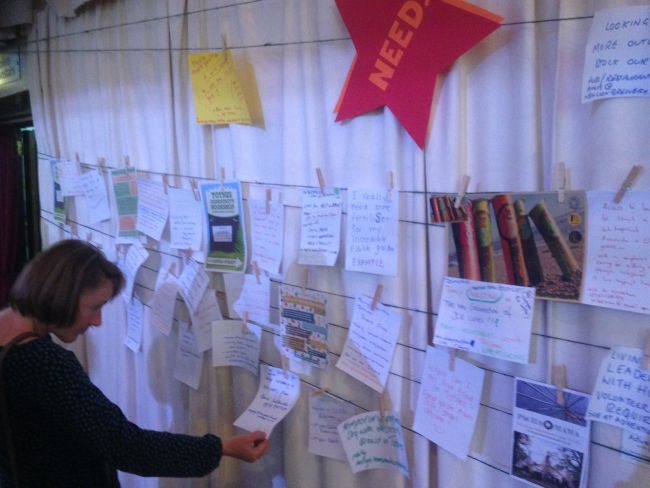