Berkhamsted is a historic market town on the western edge of Hertfordshire, England. The present day affluent commuter town is located in the Chiltern Hills, 26 miles (42 km) northwest of London. Berkhamsted is acivil parish, with a town council within the larger borough of Dacorum.

The layout of both the town and the event was captured in this rather fine map which was given to participants:

The Roadshow opened on the Sunday morning with an opening circle and a welcome from John Bell of Transition Town Berkhamsted. 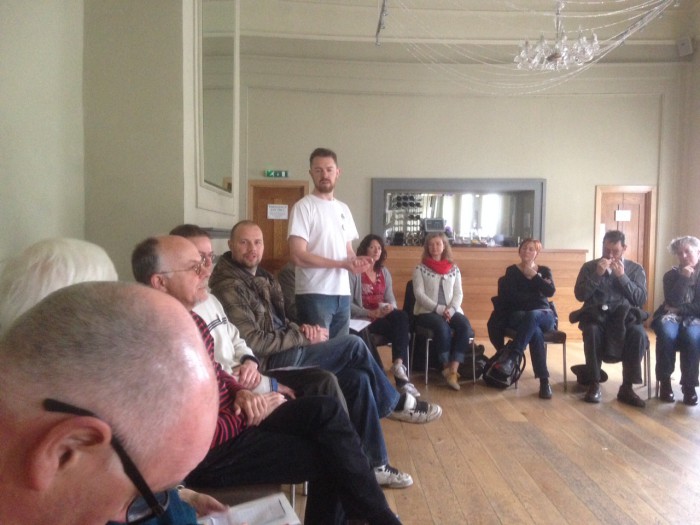 We then did a series of milling activities to find out who people were, how new they are to Transition and so on.  This was followed by a mapping activity, so people could see where everyone was from.  While participants were mostly from the general Berkhamsted environs, there were also people from Canada, Norway and Brazil.  And Ipswich. 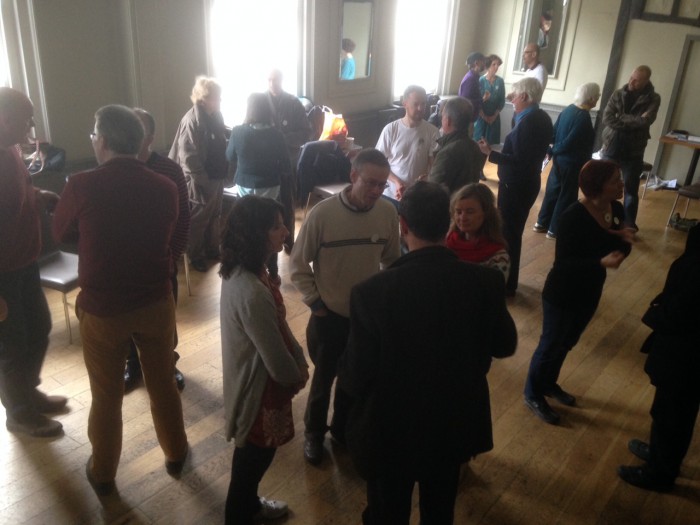 People then headed off to one of three venues across the town for workshops.  Their choice was between An Introduction to Transition with Sarah McAdam, Deepening with Mike Thomas, or one on Transition Streets, from John, who has developed a generic, non place-specific version of it (more on that soon).  I went to the Introduction to Transition session, which included the Transition Animal and interesting discussions about David Holmgren’s Future Scenarios graph. 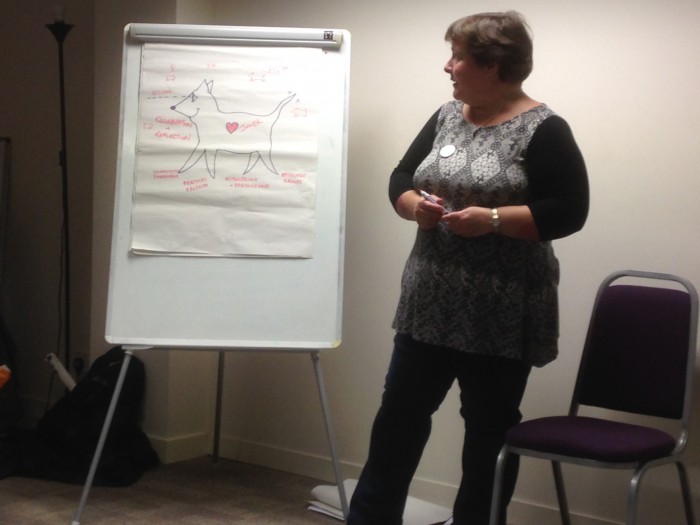 In the next session there was a choice between sessions on REconomy, Permaculture, a local currency for the area and saving energy in the home.  I have to admit I popped to get something to eat during this session and managed to get 15 minutes in the town’s rather brilliant Oxfam bookshop, where I picked up the 12″ of the rather fine ‘Baby I Love You So’ by Colourbox.  In case you’re interested. 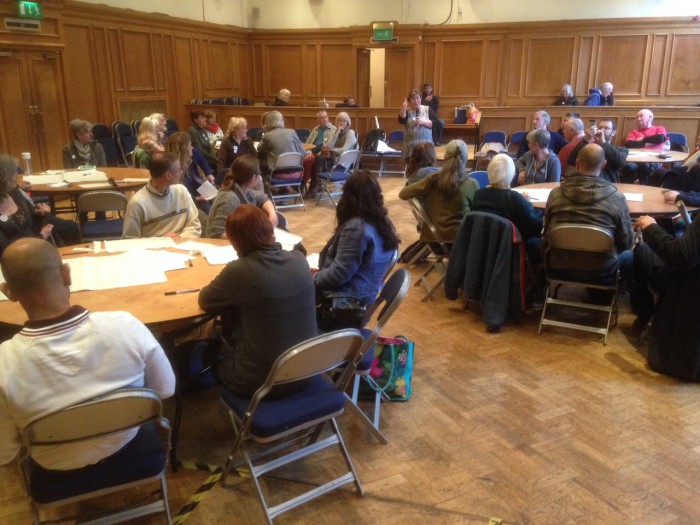 This was followed by an Open Space event, called ‘The Big Question’.  About 60 people gathered in the Civic Centre for a session in two halves, with a wide range of questions being explored around the tables.  Then everyone was off to the Centenary Theatre for the event’s culmination, food and a ‘Transition Conversation’.  There was much discussion and connecting over food, which was unfortunately slightly under-estimated, prompting a call out for much needed pizza which certainly helped the evening move smoothly into its final stage.

The ‘Transition Conversation’ was built around a talk by me, looking at Transition nationally and internationally and reflecting on the day and some of the key questions I had heard people raise.  I noted that the questions many people brought, i.e. “how do we engage more people?”, “how do we widen our group?”, “do we need to work more closely with the local Council?” and so on, are questions we also heard in every other place where the Roadshows have gone.

Following the talk and an audience ‘digestion’ of the talk, we had a Q&A session, with other members of Transition Network and John Bell joining me on stage to share the questions and draw on a great pool of expertise.  The last part of the evening was poet Matt Harvey, who talked about SWIMBY: The Musical and read some of his poems.  My highlight, for an inexplicable reason but it made me chuckle, was when he introduced a poem of his inspired by Dr Seuss, saying “Everyone loves Dr Seuss.  Or did”. 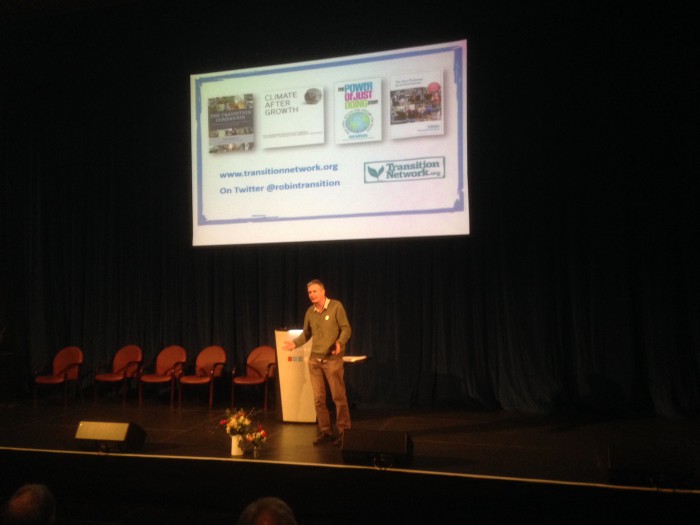 And that was that.  A very wonderful and inspiring day.  The Totnes contingent headed off into the night for their 4 hour drive home, taking the remains of a cold pizza with them for the journey.  The next day, John Bell got in touch to share some of his thoughts on the day:

“It really has been a joint effort from the local TI’s.  And an absolute pleasure to meet and work with the incredible people at TN, something to tell the grandkids.  I am very much looking forward to collating all of the fabulous stories that have come out of the day, not least the dormant but excellent Transition Town Chesham being inspired to start up again.  Everything is worthwhile knowing that.  At the end of Sunday, I was expecting to feel elated, as though I’d just finished my exams.  Instead I feel I have just turned the page on a new chapter on this page-turner of a life that is Transition, and the title has me ready to dive in”.

And so the Roadshows draw to a close.  We will soon post a reflection on how they’ve been, and our learnings from them as a whole.

Deepest thanks from everyone at Transition Network to all the organisers, to all our very kind hosts, to the unnamed Tweeters who took some of the photos above, to Matt Harvey, to everyone who made the event what it was.